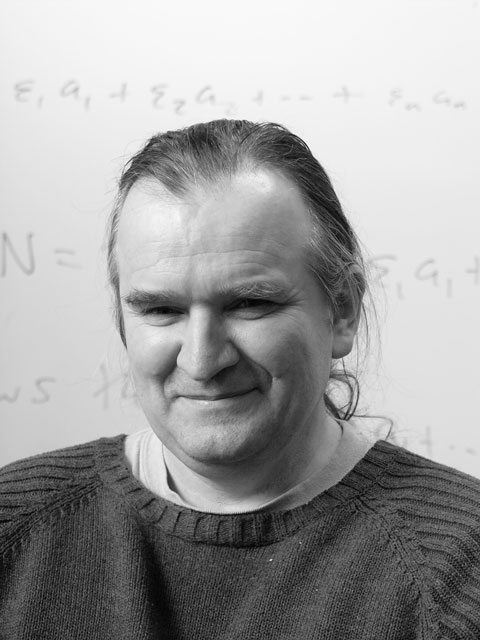 Issue #2 of the Mathematics Department's magazine, Math Times , has been published. Yours truly did most of the editing and compiling of things together. A big thank you to everyone who contributed items. Enjoy!

"The Trustees Achievement Award recognizes distinguished scholarly and creative work by a current West Chester University faculty member: specific, original contributions to a discipline (as in a research study, monograph, scholarly paper, literary work, musical composition, or work of art), or a significant collective body of work. Emphasis is on the national and international contribution of the scholarly work."

I had held off on posting a link to the review of my book, Topics and Methods in q-Series,  by David M. Bressoud on the AMS MathSciNet website. MathSciNet needs a subscription and thus the review would not have been freely available. However, Howard Cohl at NIST recently informed me that he had received permission to publish the full review in the latest OPSF newsletter, so I obtained the same permission*. Here is the

Over the past half century, the world of \(q\)-series has grown to become one of the most exciting areas of mathematical research. Its origins lie in Euler's investigations of the generating functions for partitions and Jacobi's theta functions. It has proven to be intimately tied to many combinatorial problems from tilings to knot theory as well as to an understanding of special functions and orthogonal polynomials, Lie algebras and representation theory, and aspects of mathematical physics that range from statistical mechanics to particle theory. Explorations of its hidden patterns have spurred the ongoing development of computer algebra.

No single book could possibly serve as an introduction to the breadth of this field today. Mc Laughlin, in the book under review, has undertaken a simpler but still ambitious goal: to introduce the reader to the world of basic hypergeometric series and their identities. This is not the first introduction to these series. W. N. Bailey included a chapter on them in his 1935 Generalized hypergeometric series [reprint, Cambridge Tracts in Mathematics and Mathematical Physics, No. 32, Stechert-Hafner, Inc., New York, 1964; MR0185155]. In 1990, G. Gasper Jr. and M. Rahman published what is—now in its second edition—the standard encyclopedic reference to these series [Basic hypergeometric series, second edition, Encyclopedia Math. Appl., 96, Cambridge Univ. Press, Cambridge, 2004; MR2128719]. But Gasper and Rahman's book is both denser and focused on \(q\)-orthogonal polynomials.
Mc Laughlin makes very different but equally valid choices of topics. The early chapters come in bite sizes with lots of exercises: the \(q\)-binomial theorem, fundamental transformation formulæ, Jacobi's triple product identity, Ramanujan's \(_1\psi_1\) summation, Bailey's \(_6\psi_6\) summation, and the Rogers-Fine identities. Mc Laughlin then moves into the heart of the book, Bailey pairs and Bailey chains, one of the essential tools for the exploration of \(q\)-series. The text finishes by tackling a selection of distinct topics shaped largely by the author's own interests, including \(q\)-trinomial coefficients, a short chapter on partitions and bijective proofs, an introduction to Lambert series, and a brief survey of mock theta functions.

Of course, this evaluation relies on the theory of theta functions. A work such as this, intended as an introductory textbook, is necessarily circumscribed in its reach. But it does serve as a reminder that beyond this book lies a vast expanse of \(q\)-series that has barely been touched.

Mc Laughlin concludes with seven appendices, intended to serve as a reference. These complement the work of Gasper and Rahman by providing extensive lists of Bailey pairs and Bailey chains. Mc Laughlin has produced an admirable book, clearly and knowledgeably written, upon which one could build a challenging undergraduate seminar as well as a graduate course designed to lead toward today's research questions.

(it may be necessary to hard refresh the page (CTRL + F5) to get Mathjax to work in order to properly view the math equations), and here is the concluding sentence from the review:

"Mc Laughlin has produced an admirable book, clearly and knowledgeably written, upon which one could build a challenging undergraduate seminar as well as a graduate course designed to lead toward today's research questions."

*This work was originally published by the American Mathematical Society (AMS) as the review MR3752164 in Mathematical Reviews / MathSciNet. See https://mathscinet.ams.org/mathscinet-getitem?mr=3752164. It is reprinted here by permission of the AMS.

New: MAA review of Topic and methods in q-series I just became aware that my book, Topics and Methods in q-Series, was given a quite favourable review by Michael Berg, Professor of Mathematics at Loyola Marymount University in Los Angeles, CA, in MAA reviews on 05/23/2018.

"In closing, let me also note that Topics and Methods in q-Series, in addition to presenting such a wonderful sweep of deep and beautiful material, is very strong pedagogically. It’s very well written, in an accessible and clear style, the material dealt with is effectively motivated and discussed in a sound and rigorous manner, all the proofs are there, and McLaughlin gives the reader a large number of exercises to do along the way, as he travels these paths. Again, the expressions and formulas that pepper the pages of this book are at first sight daunting, but they do yield to persistent pressure, as per Andrews’ observation cited above. The language of q-series makes for some beautiful poetry."

New: Cellular Automaton While preparing some material for my MAT 413 Computer Algebra class, I discovered (or maybe rediscovered) a pair of quite interesting (at lease to me) cellular automata. If anyone has seen them before and can direct me to any information online, or published articles, about them, I would very much appreciate it. If you follow the link to the page I created about them, you will also find some open math questions about them.

Update (12/10/2018): I was today informed that the first of these cellular automata is well-known and extensively studied. A google search for "B1357/S1357", one of its official classifications, will bring up many hits. It is also known as "Replicator", and was discovered by Edward Fredkin.

The inaugaral issues the Mathematics Department's newsletter, Math Times , has just been published. Yours truly created most of the layout and "stitched" everything together. Its a little crude for a first attempt, but issue 2 will hopefully look a little more polished.

My (not so new) views on what should be included in school curricula.

Geremías Polanco, Barry Smith, Nancy Wyshinski and I are organizing a special session on continued fractions at the 2019 Joint Meetings in Baltimore.

My book, Topics and Methods in q-Series,  appeared in print in November 2017.  It is being published by World Scientific. It is available for purchase on Amazon, Barnes and Noble and elsewhere.

Nancy Wyshinski and I also organized previous special session on continued fractions at the following meetings:

My present interests are in the area of basic hypergeometric series and related areas, such as integer partitions.

I am currently also working on various problems related to continued fractions.

Another area of interest is the evaluation of polynomial continued fractions.

I am also interested in various problems in the area of Diophantine equations.

My Research Statement (years out of date, and these days I am more interested in basic hypergeometric series and related areas such as integer partitions, but I am leaving it here since I have nothing more current to replace it with): DVI PS PDF

My first book, Topics and Methods in q-Series, will be published by World Scientific, in their Monographs in Number Theory series.

Note that the preprint version of papers on this page will differ to some extent from the version which eventually appeared in print.