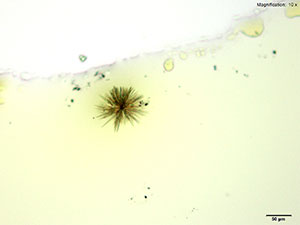 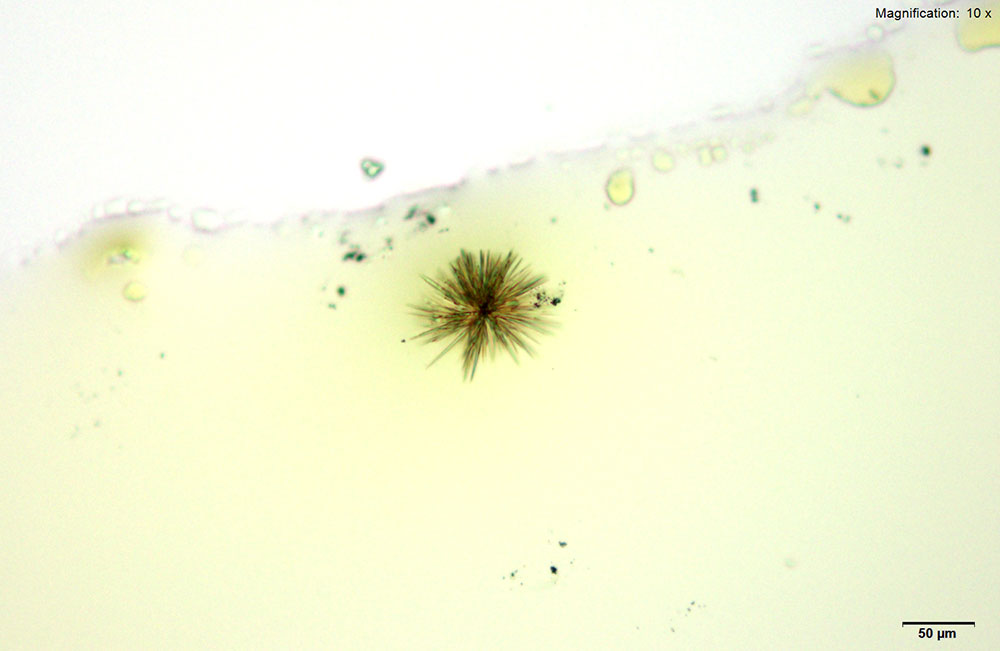 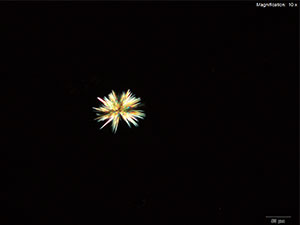 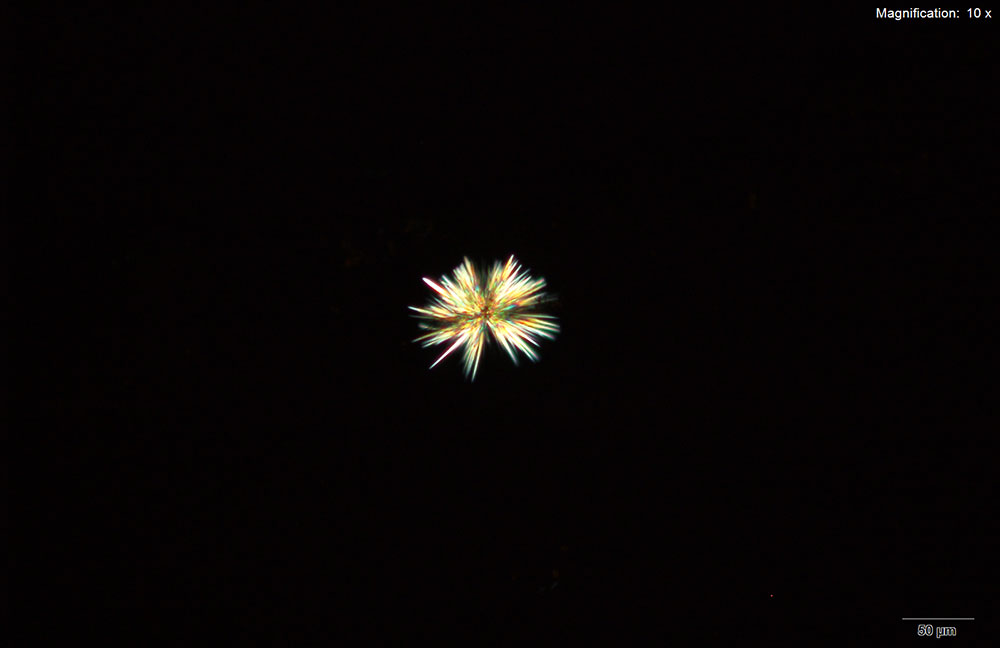 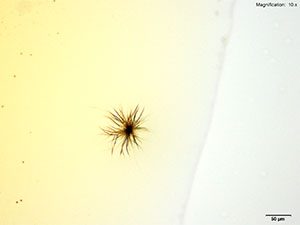 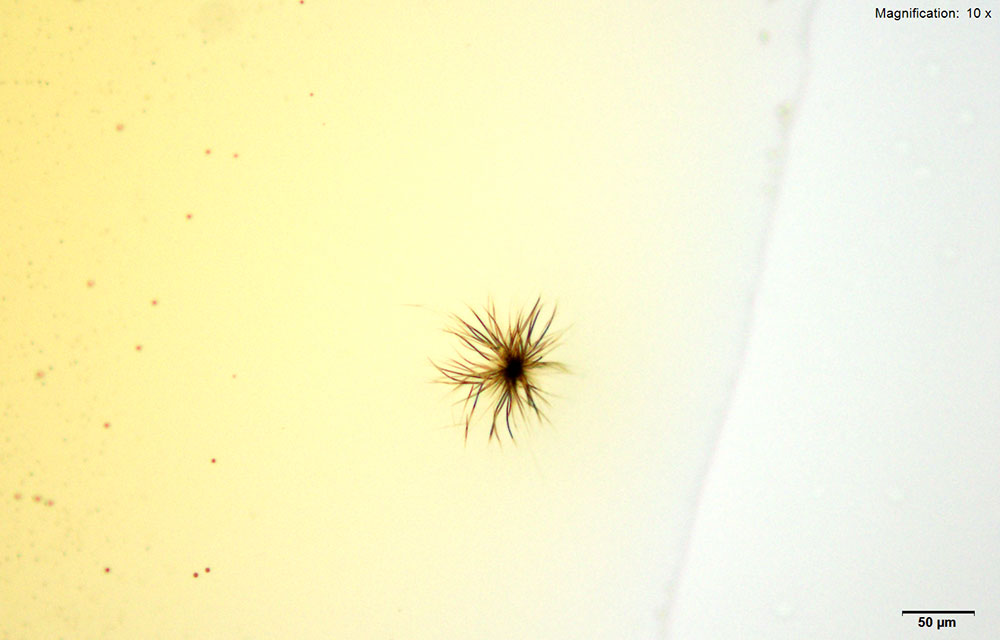 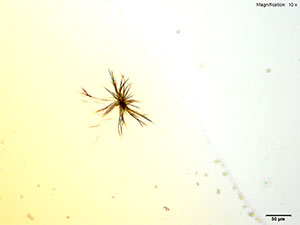 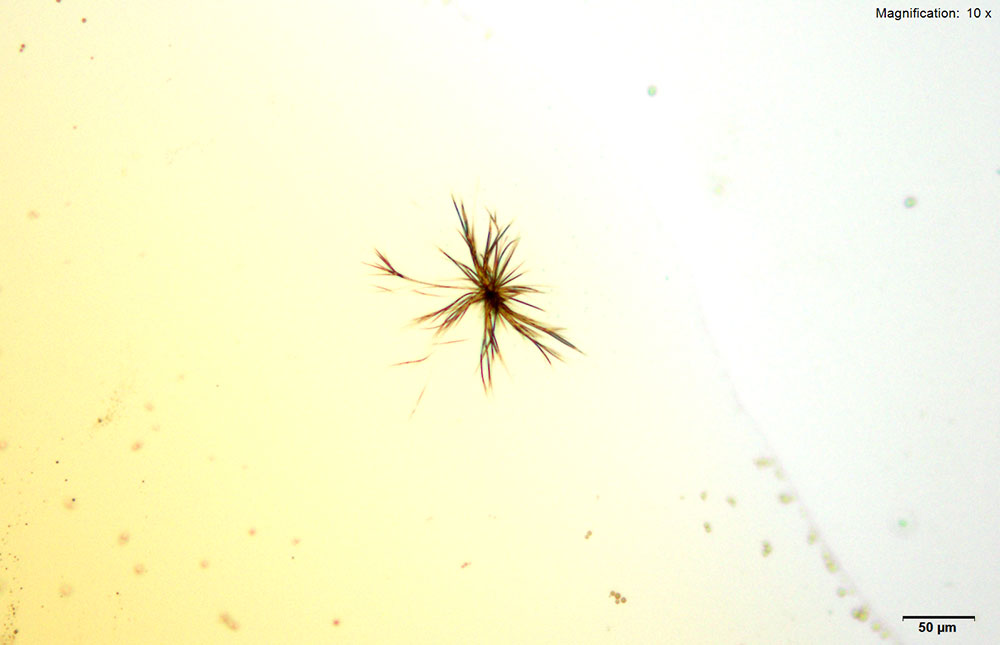 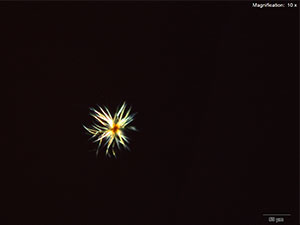 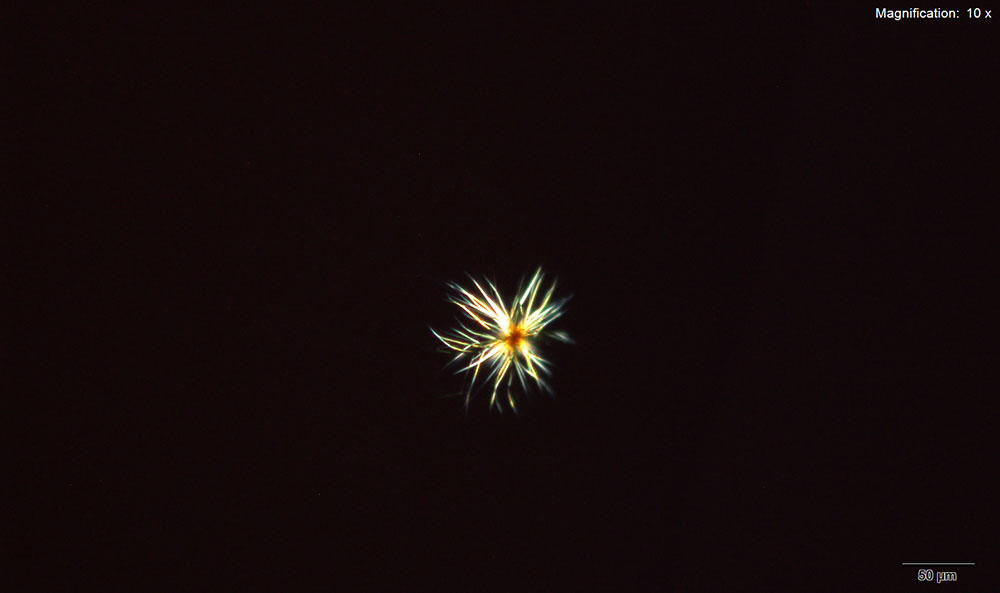 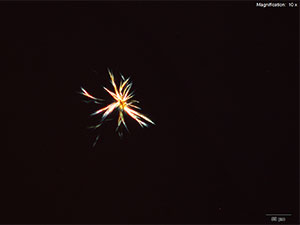 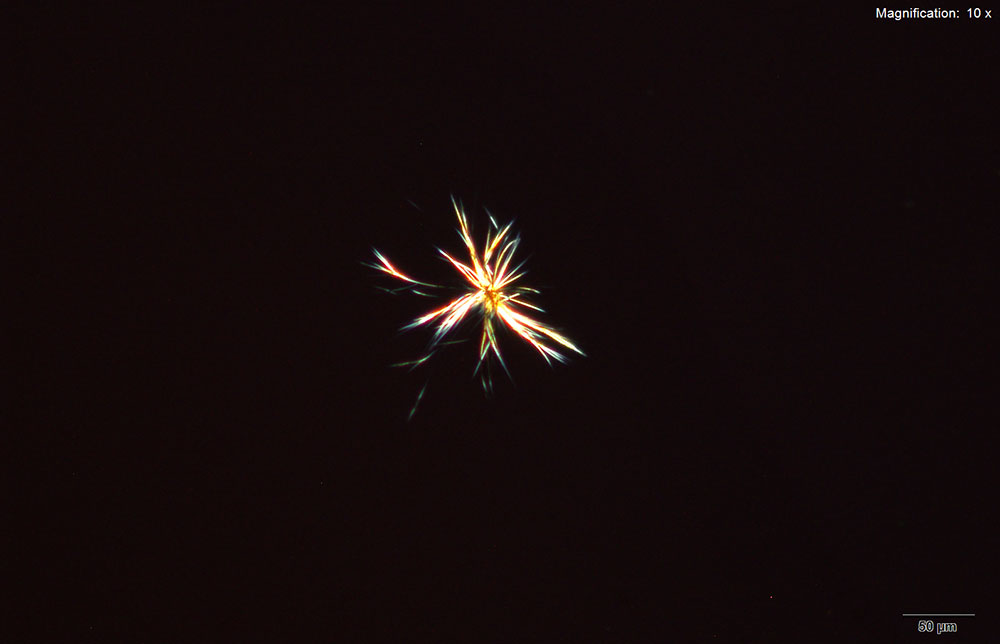 Methylone in gold bromide reagent gives red, wispy hair like crystals that grow as loose sheaves or rosettes. The crystals may be large or small but are easily recognized under crossed polars. 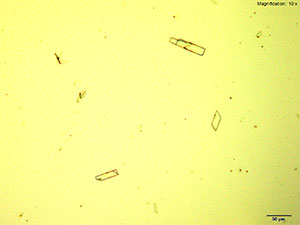 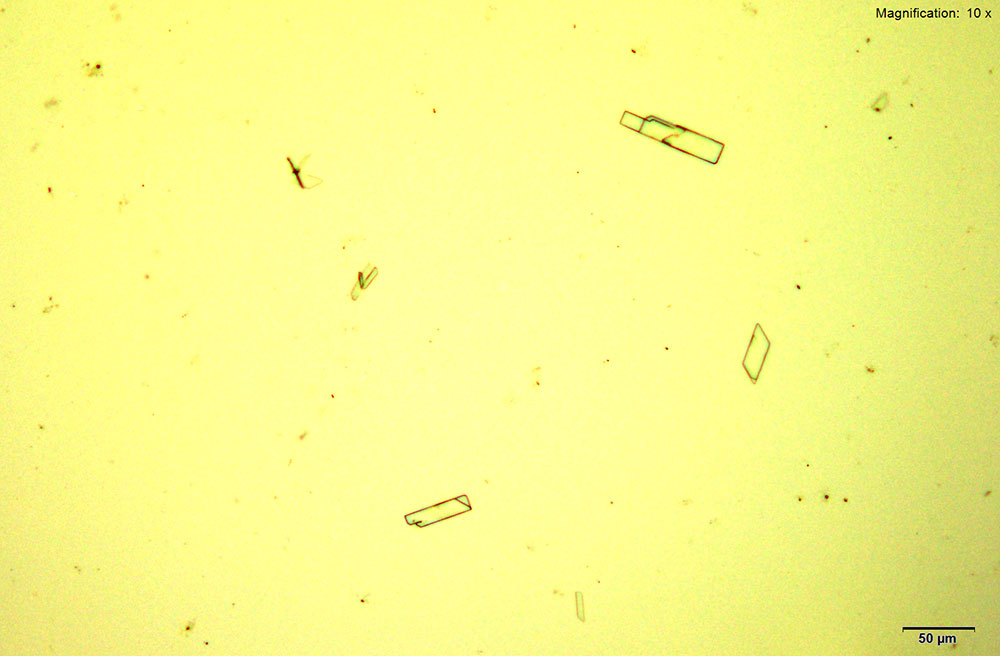 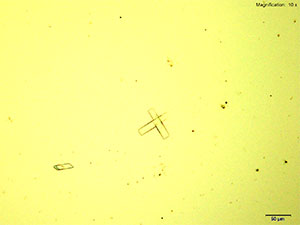 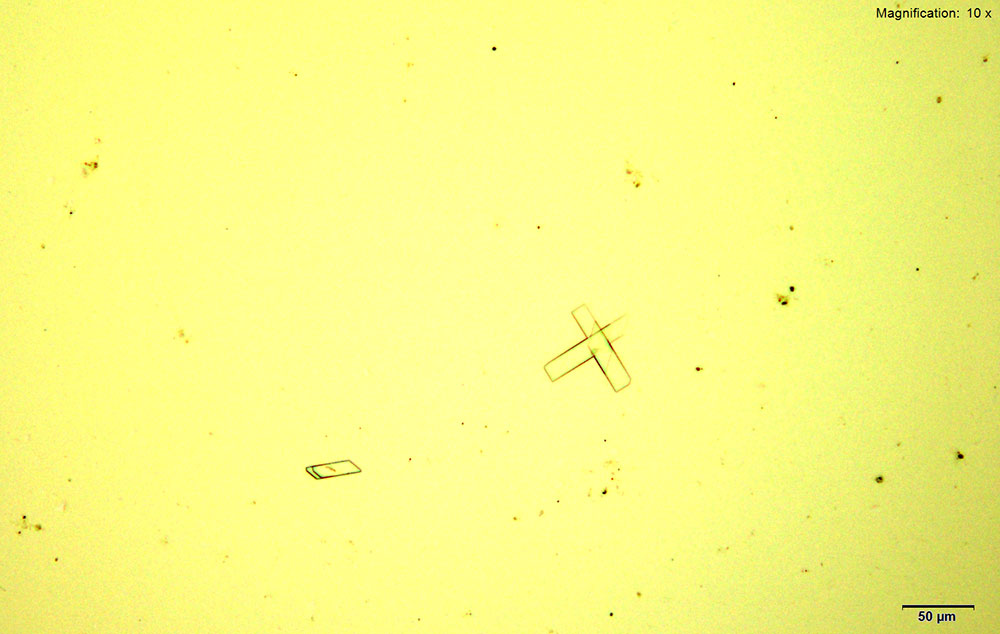 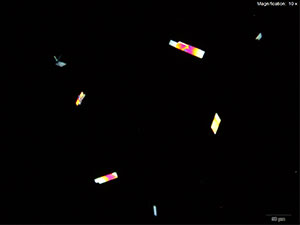 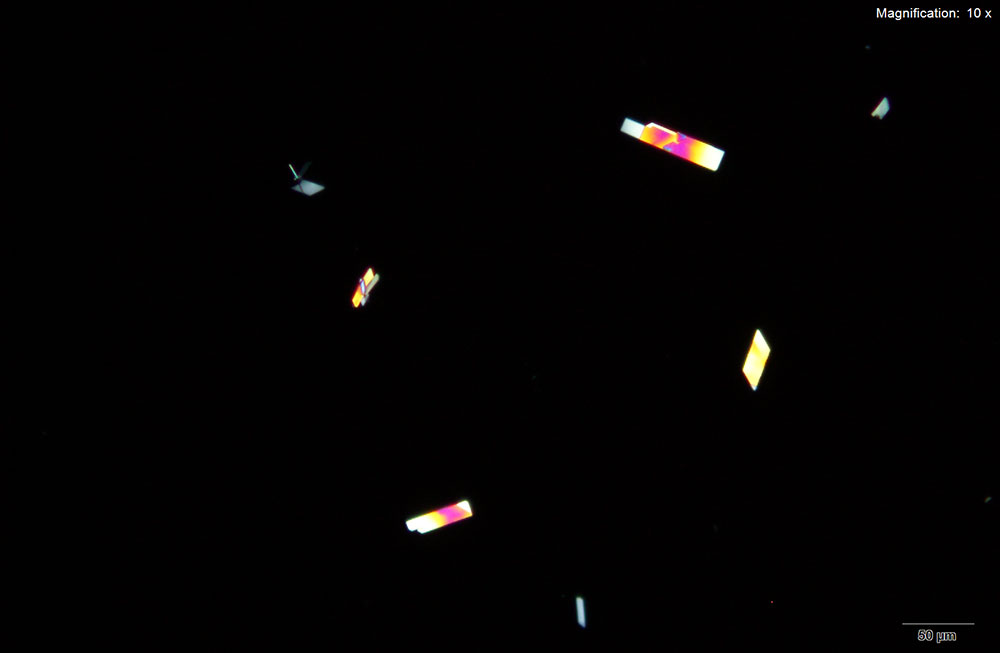 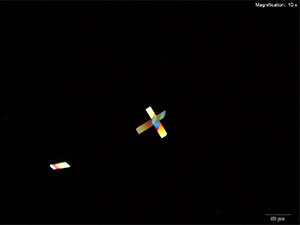 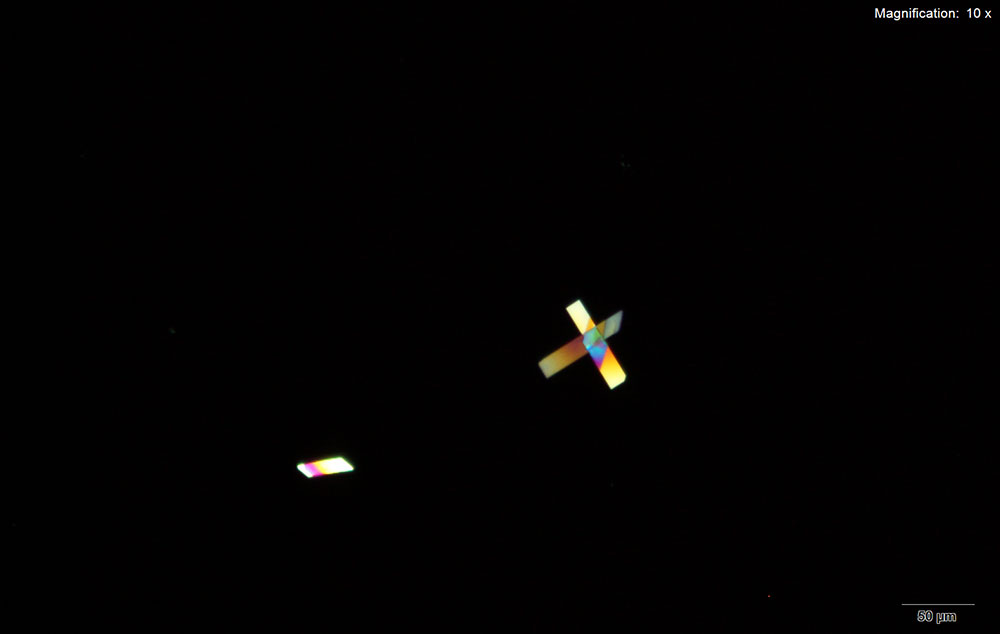 Platinum based reagents are best for methylone and the molecular characterization using infrared microspectroscopy. Methylone in 10% hydrochloric acid with platinic chloride reagent forms colorless rectangular plates and tablets that may grow individually or in tufts. The crystals grow abundantly and as composites with methylone amounts greater than 10 μg. 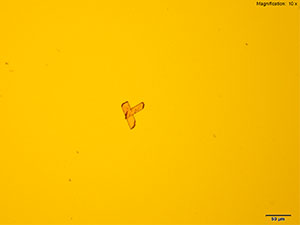 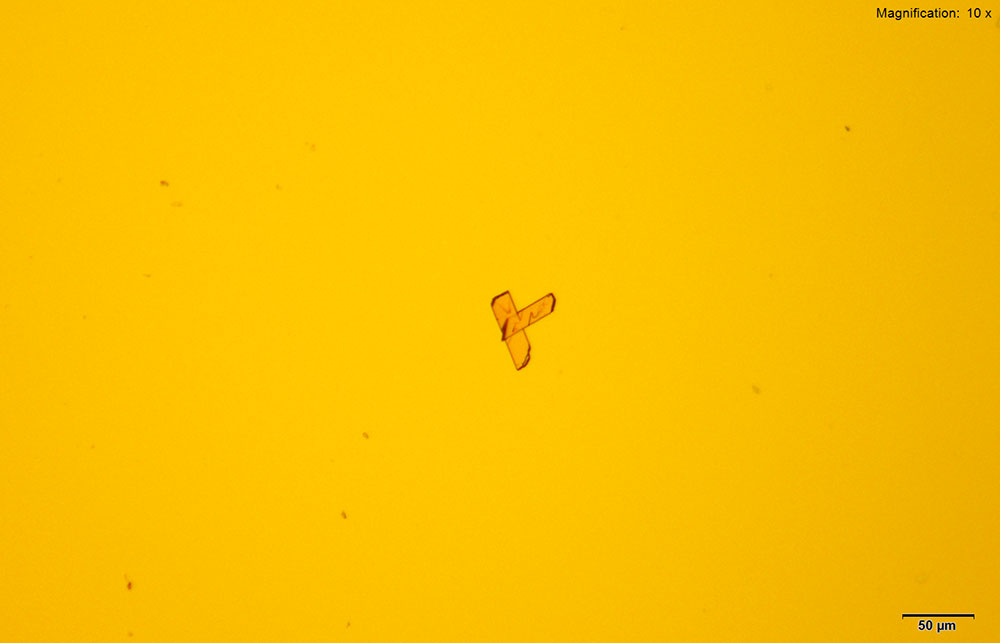 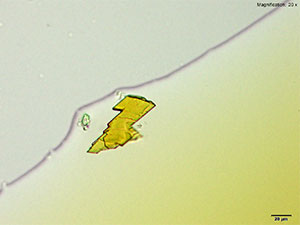 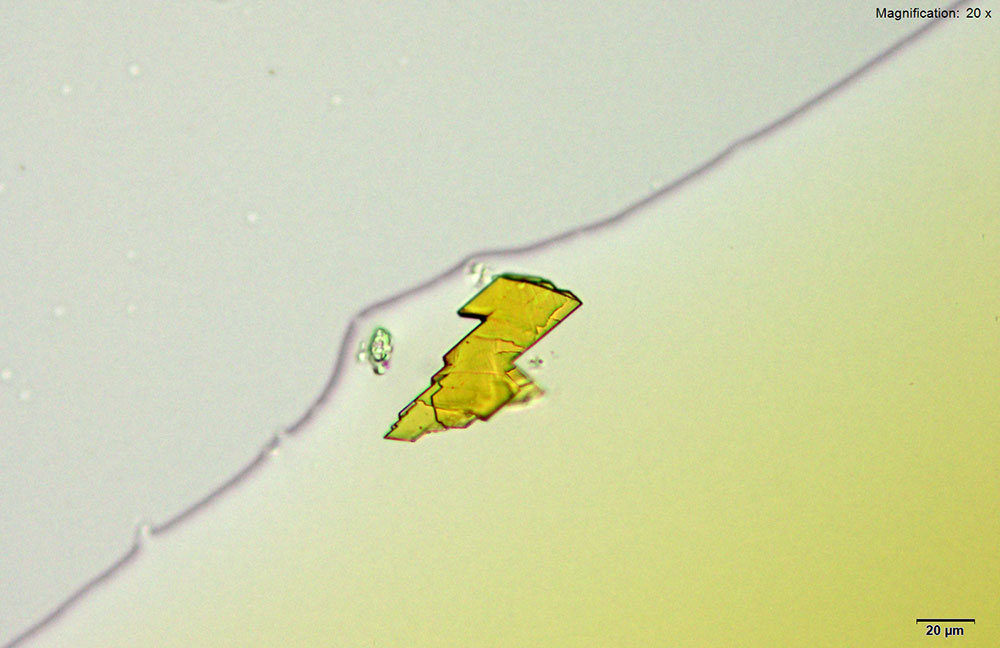 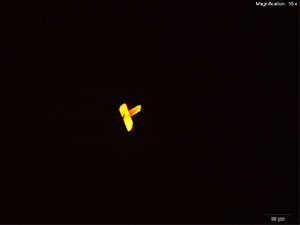 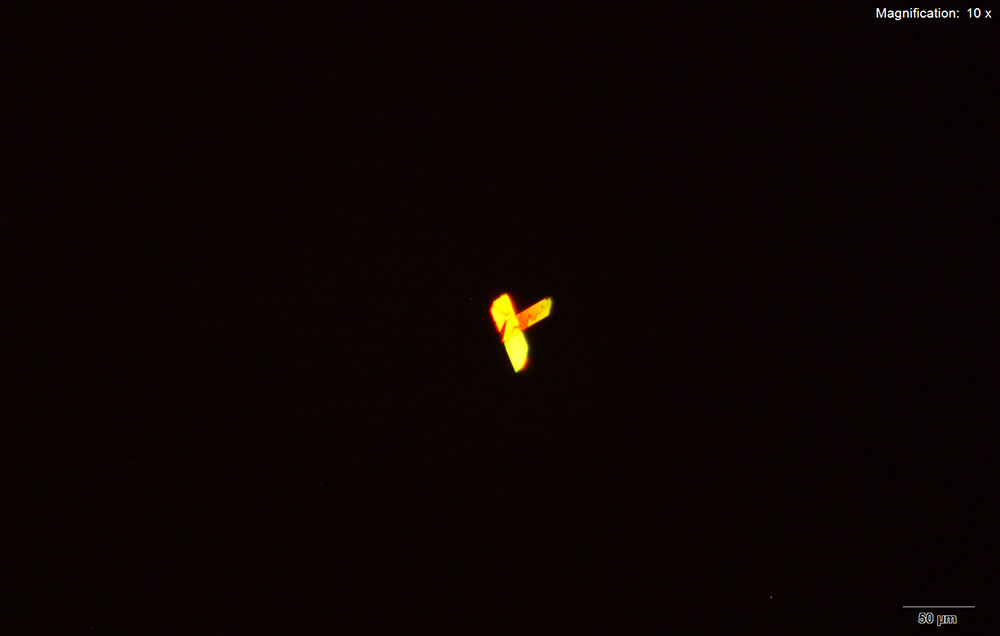 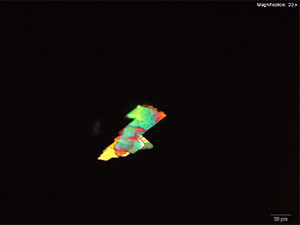 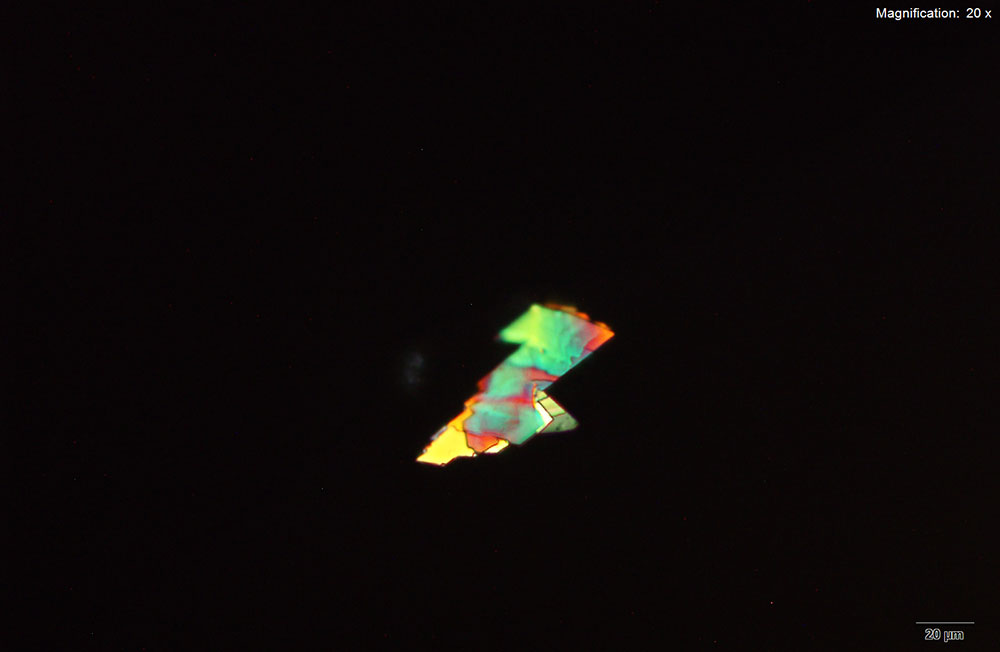 Crystals for methylone in platinic chloride reagent are thick, yellow prisms and tablets that grow as clusters. The crystals grow large with characteristic features with methylone amounts lower than 10 μg.

The large crystals are suitable for infrared spectroscopy and give information rich spectra when isolated from the reagent.