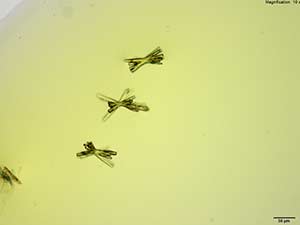 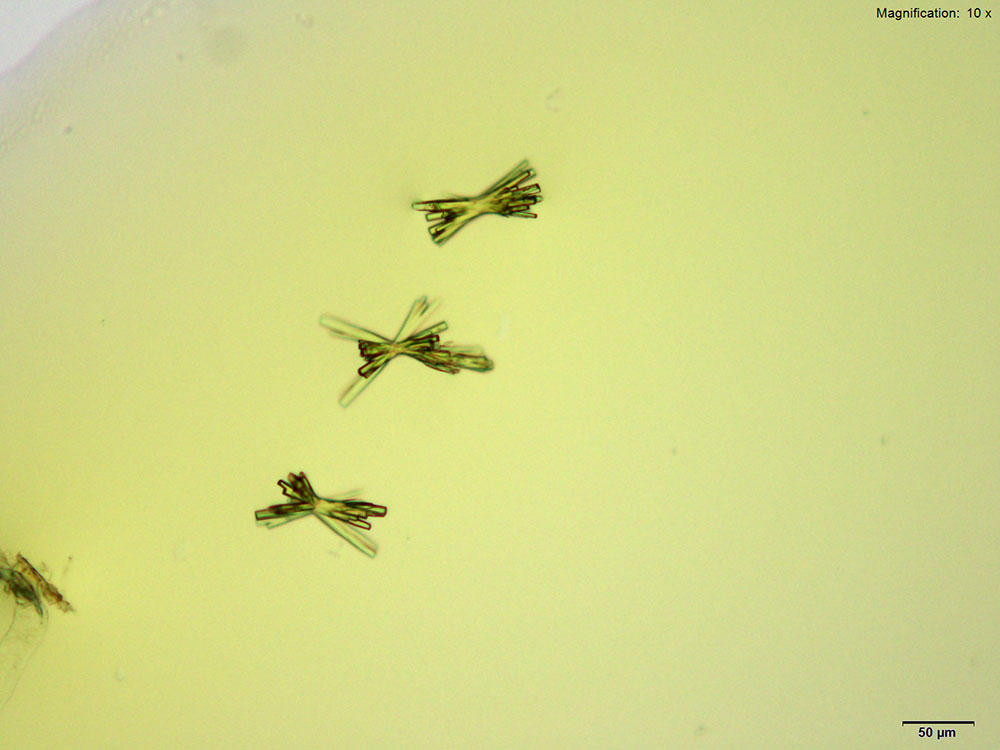 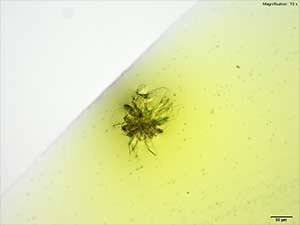 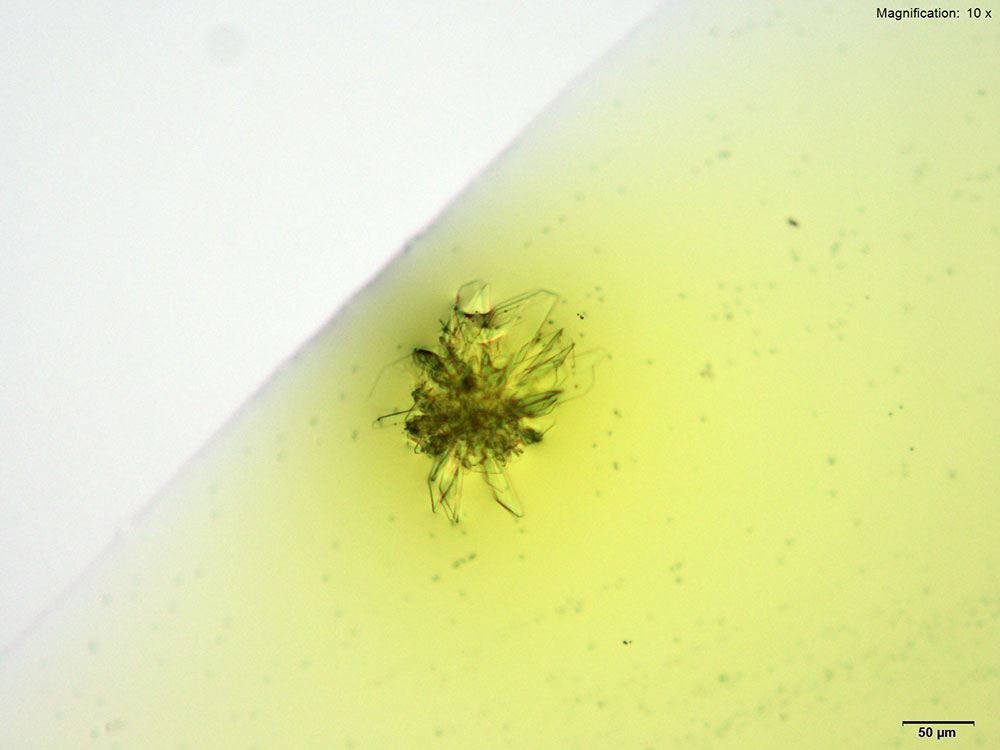 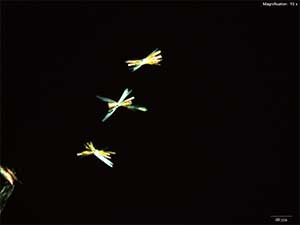 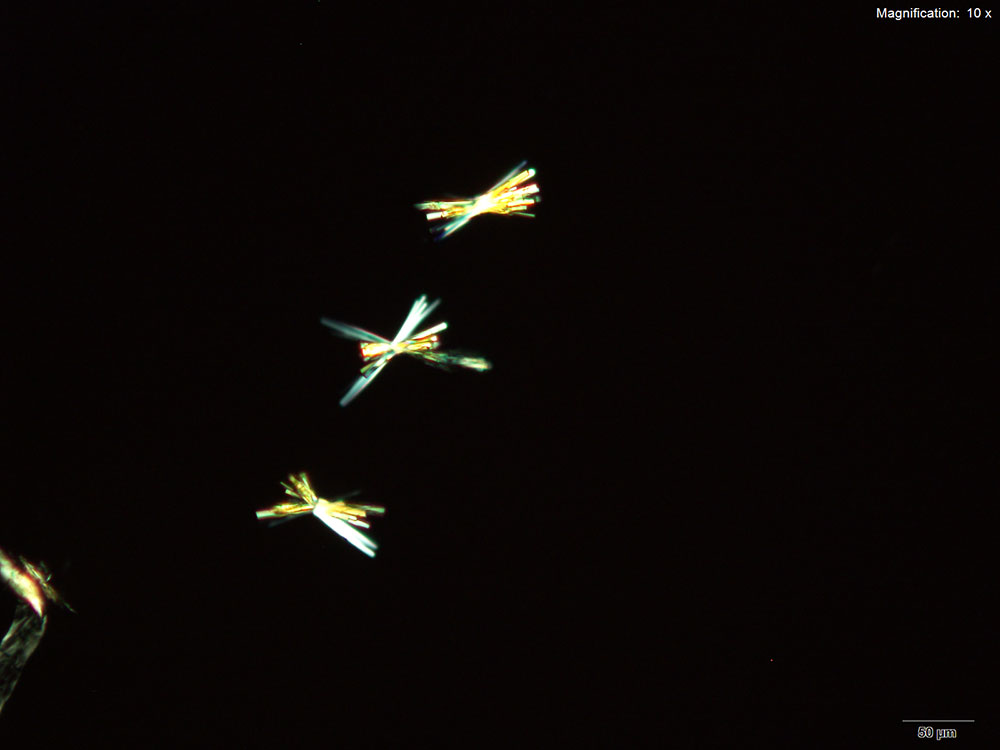 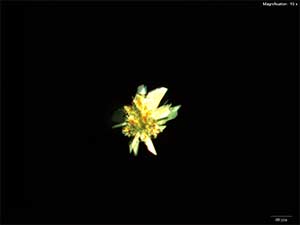 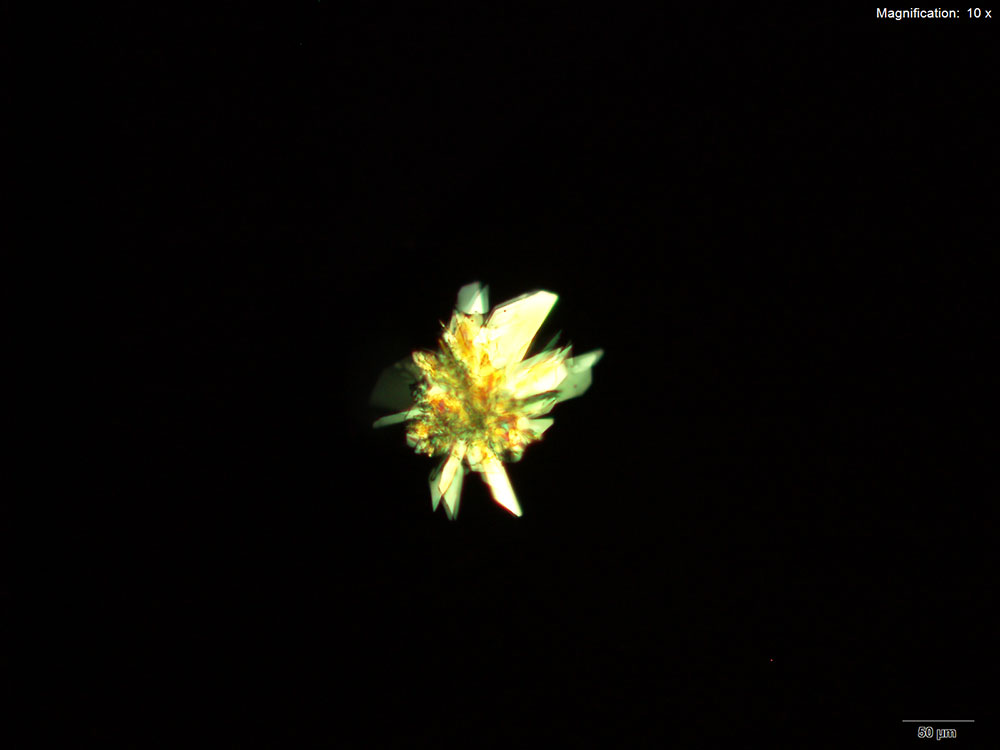 Two forms of crystals are observed for aqueous solution of 3,4-MDPV with gold chloride reagent. Sheaves of short yellow rods and tight clusters of colorless flat, thick plates are formed at substance amounts of 10 μg. Both forms of crystals form within 15 minutes of mixing the reagent in. This reagent is the best reagent for 3,4-MDPV among the gold based reagents. 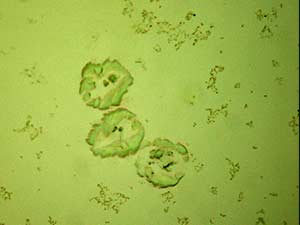 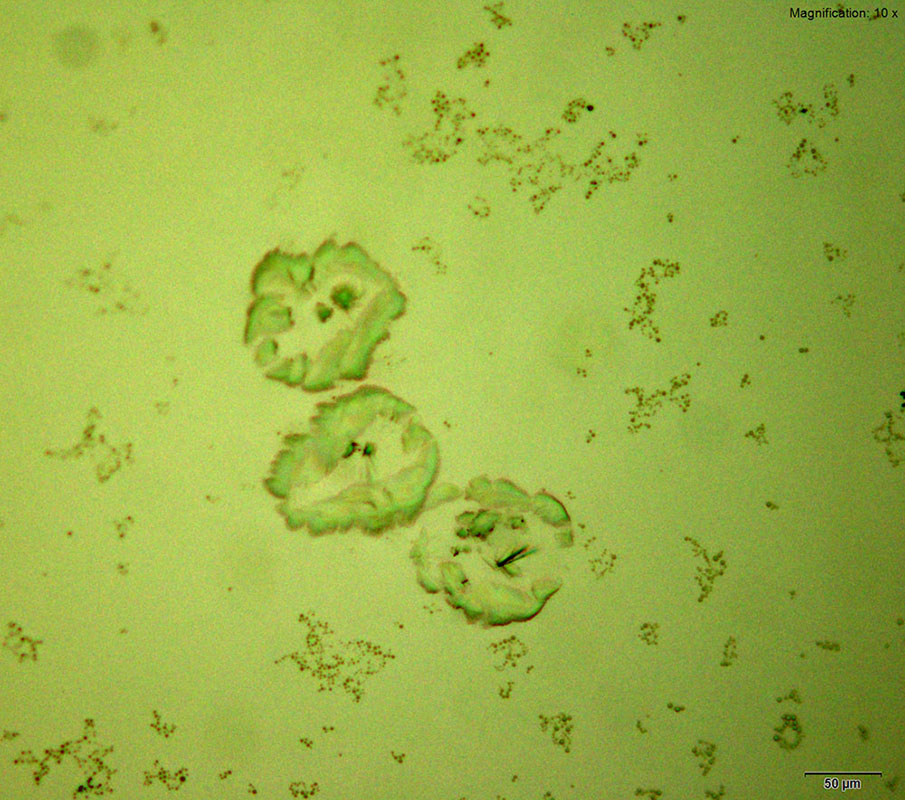 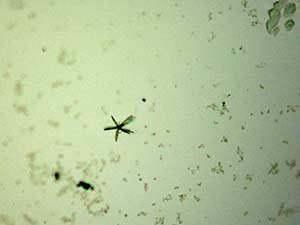 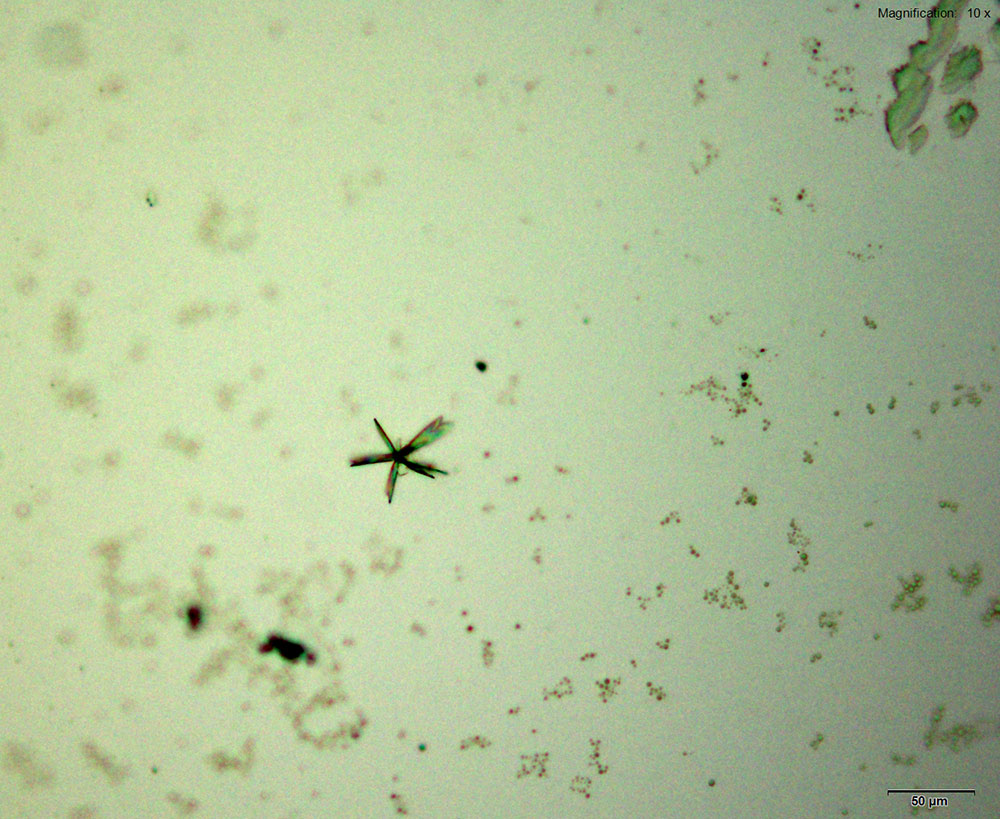 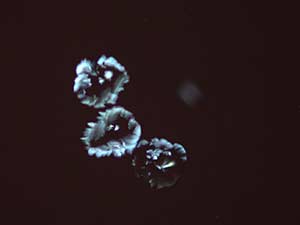 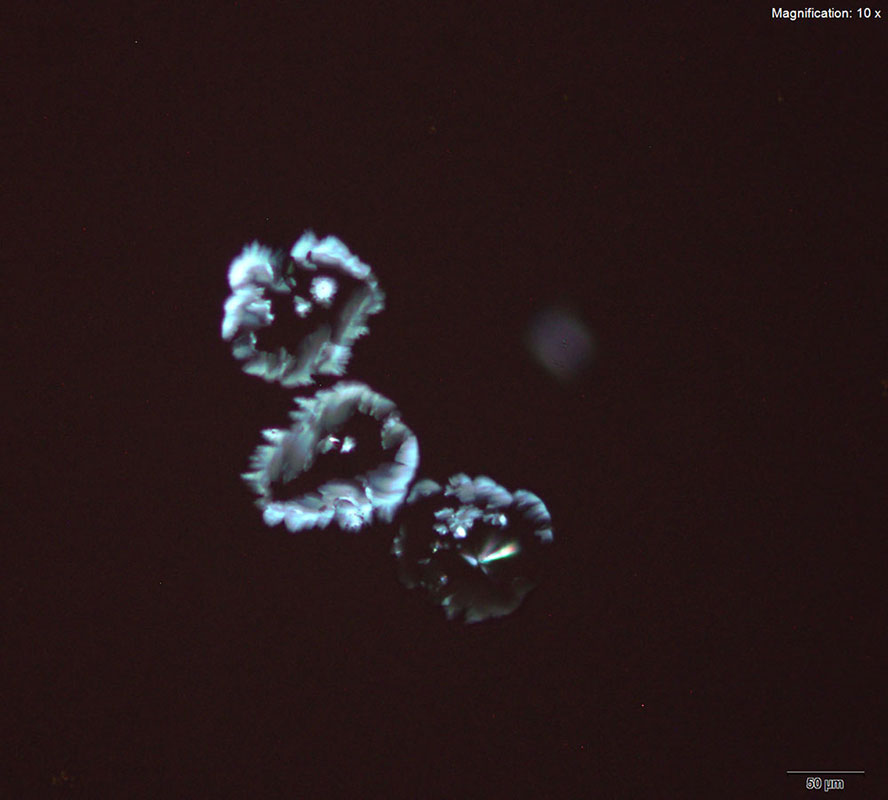 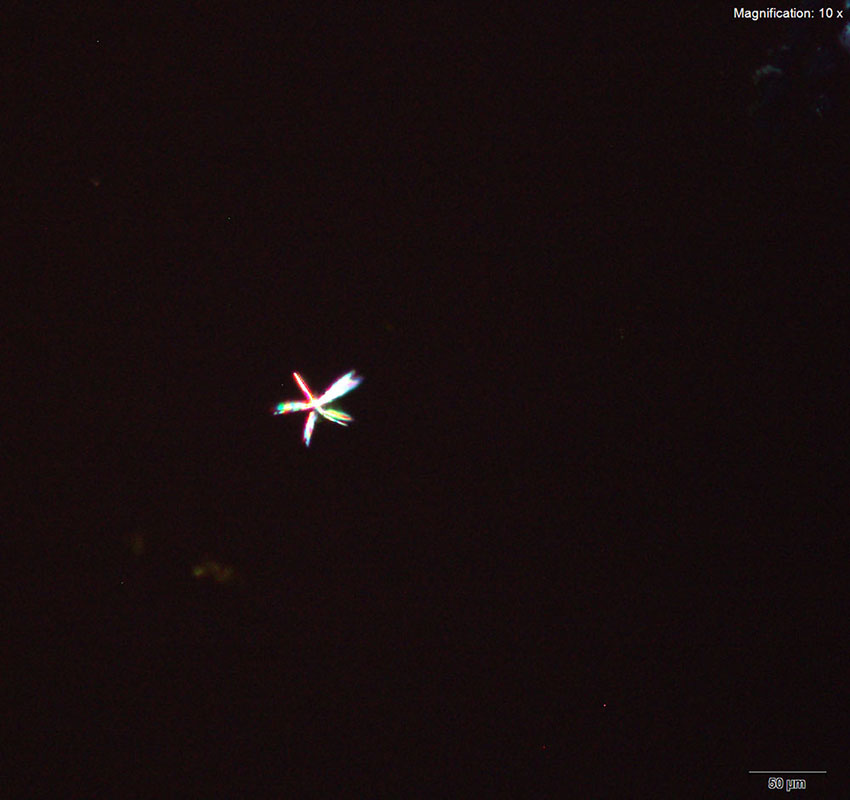 In the acidic gold chloride reagent, 3,4-MDPV forms colorless, light and leafy skin on the surface of the drop after the initial intense oiling observed. This leafy growth and its features are best visualized under crossed polars. On slow dissipation of the oiling, small insect-like clusters of plates are observed alongside the skin. These crystals are best formed at high concentrations of 3,4-MDPV. 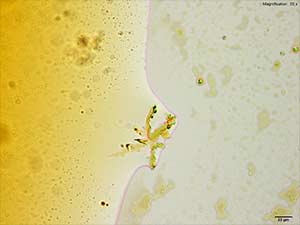 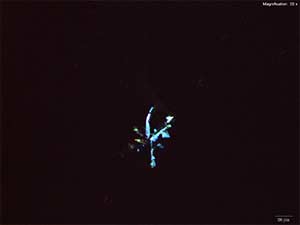 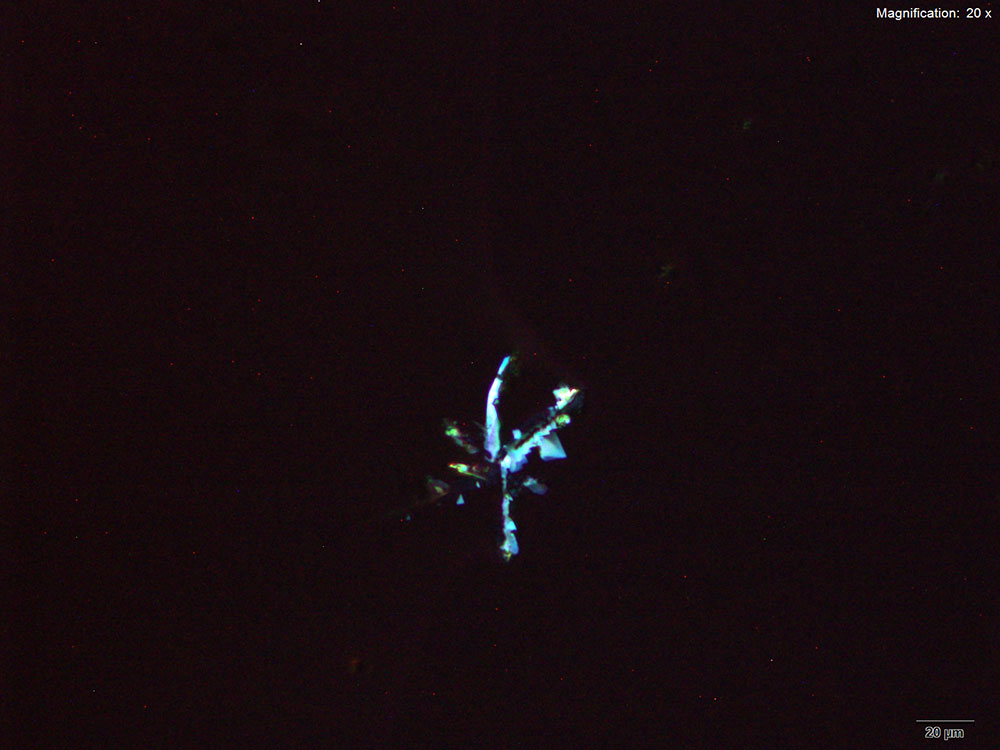 With the gold bromide reagent, 3,4-MDPV forms characteristic X shaped clusters of stacked flat plates that form at the edges of the drops after a period of intense oiling in the drop. The clusters are fragile and separate into individual flat plates when disturbed. The crystals appear bluish white under crossed polars. 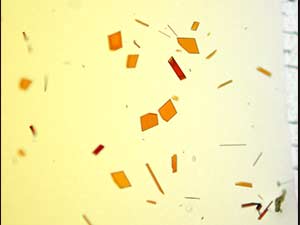 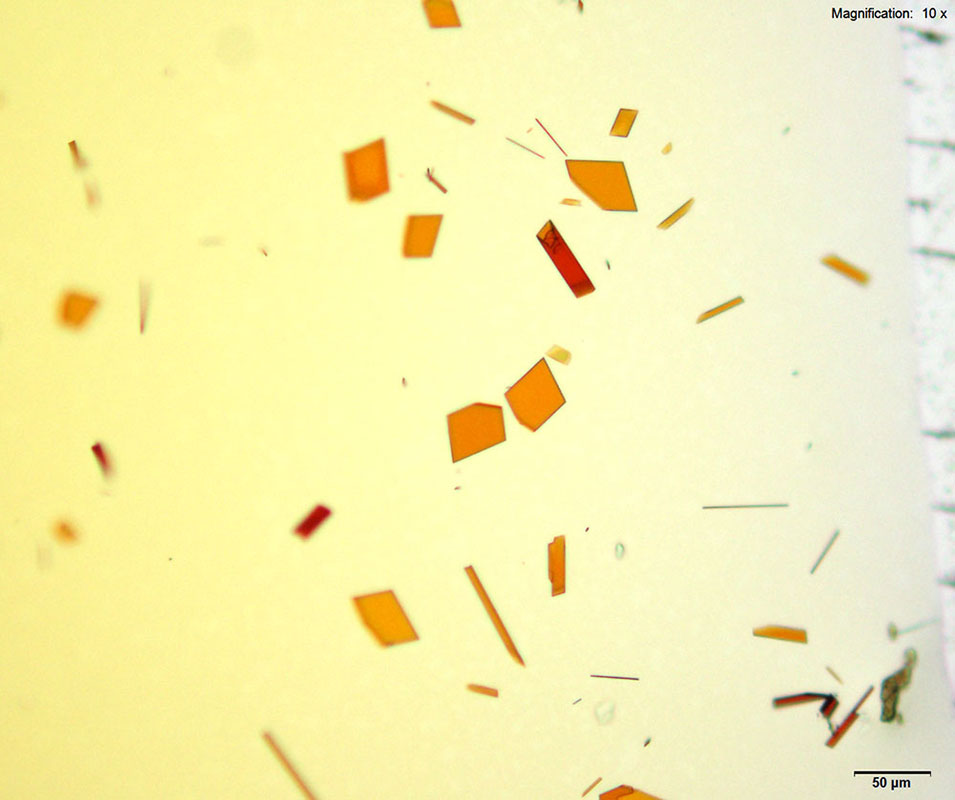 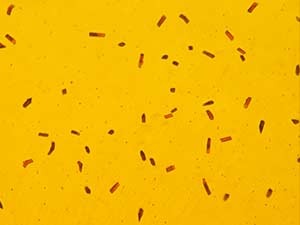 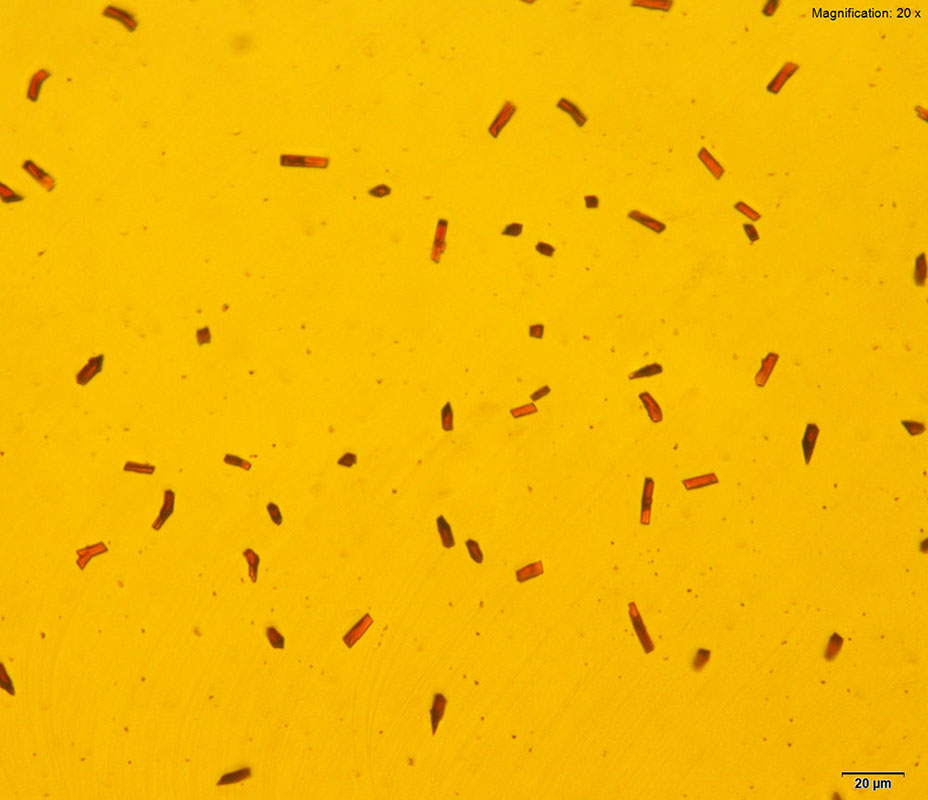 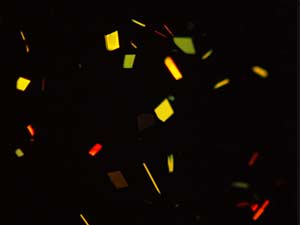 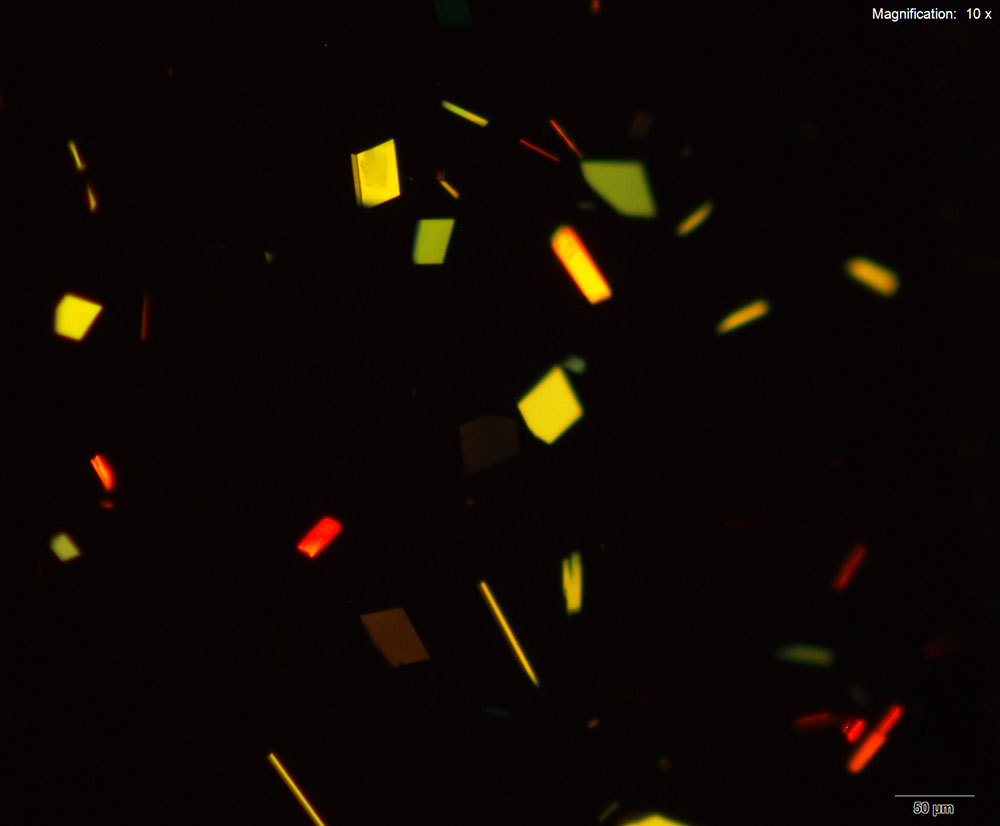 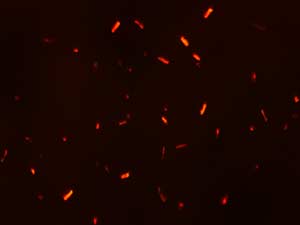 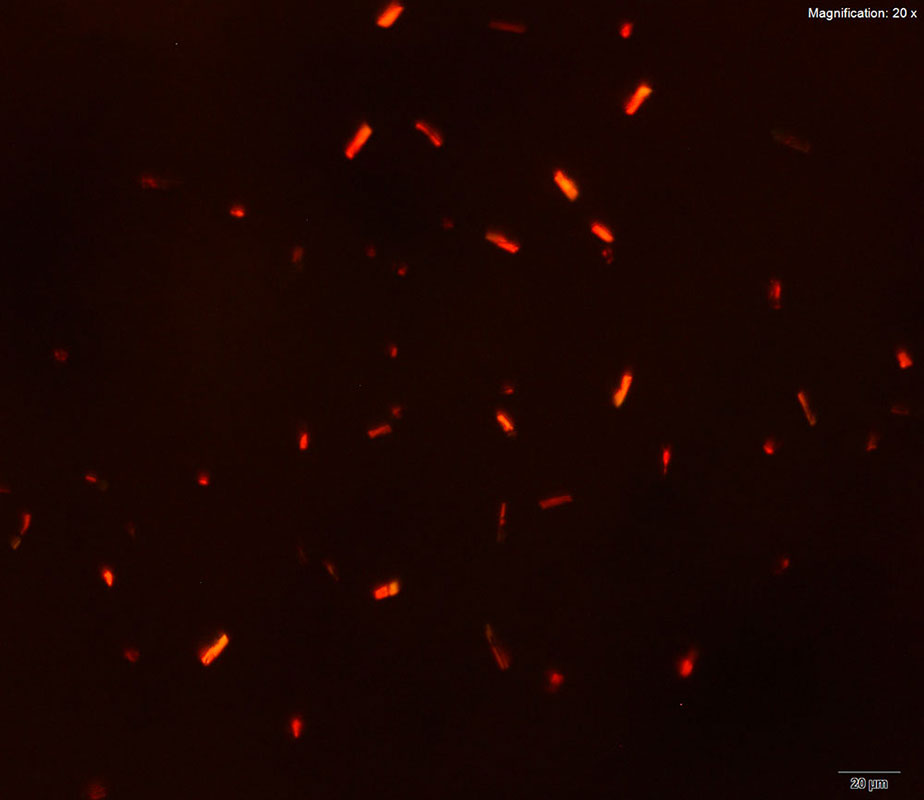 Two forms of crystals are observed simultaneously for 3,4-MDPV with platinic bromide reagent. The light, orange-red, flat plates with angular or indented edges are very characteristic. The plates when oriented on their sides may appear as needles or blades. Under crossed polars, they are very bright and are observed in various colors- orange, yellow or green crystals. The second shapes of crystals observed are small, thick, rectangular orange tablets that grow individually or in twins.