The Institute is named after one of America’s best known heroes, Frederick Douglass, the former slave, distinguished author, and statesman.

The mission of the Frederick Douglass Institute at West Chester University of Pennsylvania (FDI) is to maintain the legacy of the great abolitionist, orator, and statesman Frederick Douglass before the campus community, local community, region, and the nation through the highest quality of academic programming that promotes excellence in scholarship, teaching, and institutional advancement. Consistent with its mission, and with the mission, vision, and values of the university, the Institute is an educational and cultural resource for advancing multicultural studies across the curriculum and for deepening the intellectual heritage of Frederick Douglass, the former slave, distinguished orator, journalist, author, and statesman. Douglass, who was a frequent visitor to the West Chester area, gave his last public lecture on West Chester’s campus on February 1, 1895, just nineteen days before his death.

Guided by the spirit of Douglass and his legacy, the Institute aims to create opportunities to build a better community for all of us to fulfill our destiny as human beings. Perhaps Douglass himself put it best when on October 1, 1865, at the inauguration of an Institute named for him in Baltimore, Maryland, Douglass said that the mission of that Institute was, in part, “to be a dispenser of knowledge,” and “a radiator of light.” Douglass also declared in his remarks that “In a word, we dedicate this Institution to virtue, temperance, truth, liberty, and justice.” Through the leadership of WCU, there are Frederick Douglass Institutes at all fourteen campuses of the Pennsylvania State Universities System. Collectively the Frederick Douglass Institutes at all 14 campuses of the Pennsylvania State University System are known as the FDI Collaborative.

FDI accomplishes its mission by:

Our vision is to be, as was Frederick Douglass, continually empowered through knowledge, and to, through such empowerment, strive for justice both in the academy and beyond. 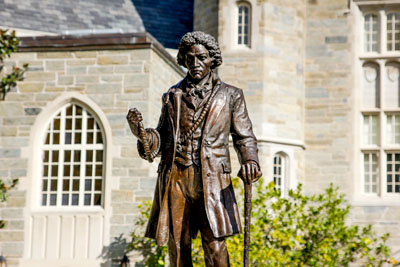 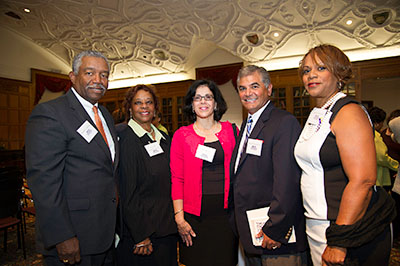 Underground Railroad
Back to top of page.
Last Updated 10/28/20