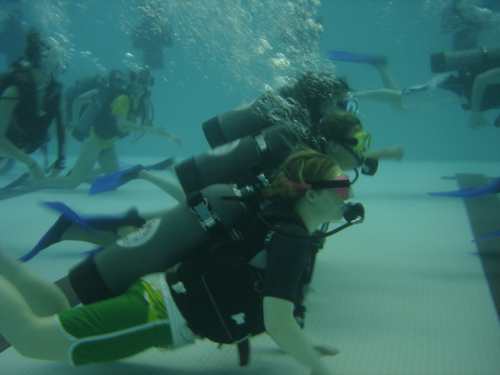 One of the activities for the Marine Biology (BIO 313) class is for the students
to go SCUBA diving in the campus pool.

I am also involved with teaching at the Shoals Marine Laboratory (SML) on Appledore Island, Maine. For my first summer at SML (2007), I was part of a team that taught the course A Marine Approach to Introductory Biology. Students performed projects on motion analysis of walking in gull chicks of different ages and performed an experiment on the estimation of the force necessary to break mussel shells. For summers 2008 through 2011, I taught Anatomy and Function of Marine Vertebrates with Dr. William Bemis. In this course, students were able to dissect lampreys and sharks and necropsy phocid seals and dolphins. 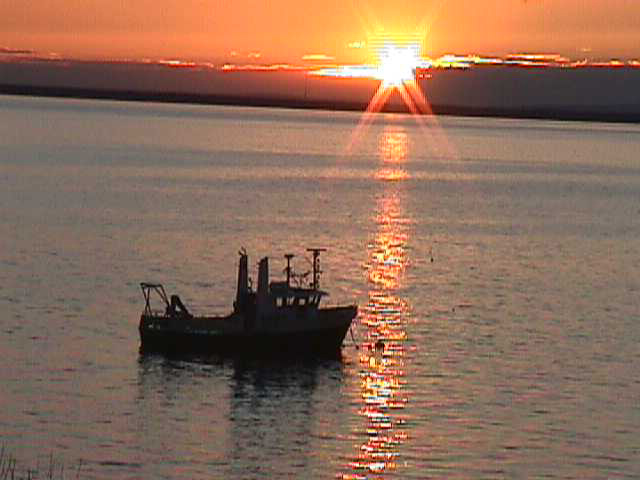 The view from SML at sunset overlooking the R/V John M. Kingsbury. 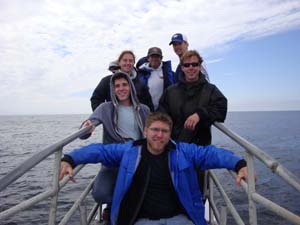 The 2009 Anatomy and Function of Marine Vertebrates class on a whalewatch. 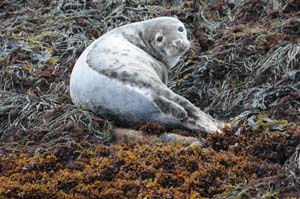 The 2010 Anatomy and Function of Marine Vertebrates class in the water off the Shoals Marine Laboratory.  In June, the water is cold around the island.