One of the biggest and most visible changes has been the decommissioning of West Chester University’s coal-fired boiler plant, which provided heat on campus for over fifty years. It was decommissioned in 2014 and razed in 2018 to make room for a new, LEED-certified Science and Engineering Center and The Commons. Greg Cuprak, the facilities manager of West Chester University saved this piece of coal and brick from the now demolished plant.

One of the university’s most important initiatives towards carbon neutrality this plan is the geothermal exchange system that now heats and cools almost half of all campus buildings. Nearly 900 wells were drilled deep underground, connected by a network of pipes that you see in this exhibit and illustrated in the campus map to the right. Water is pumped through these pipes, heating up when it moves through the deep wells. This warm water then heats nearly 1.2 million square feet of building on campus.

Buried seventeen feet below ground are valves that service Northern Campus geothermal lines. These valves are connected to long metal stems that open up at ground level and are protected and located by metal covers, such as seen here (marked “water”).

This valve is used to manual isolate a building from the main geothermal central distribution system. Similar valves are also used to control and monitor the system’s efficiency and operation.

This flange is used to connect buried fittings and valves to the distribution pipe. Corrosion is prevented by special coating on the flange and custom stainless-steel bolts uniformly distribute the constant force.

Combined with the use of natural gas boilers, the geothermal system has lowered the annual carbon footprint by 7,500 tons of carbon dioxide, even as student enrollment has increased by 22%. It also saves over $1.5 million in energy costs per year. West Chester University has the second largest university geothermal system in the United States. 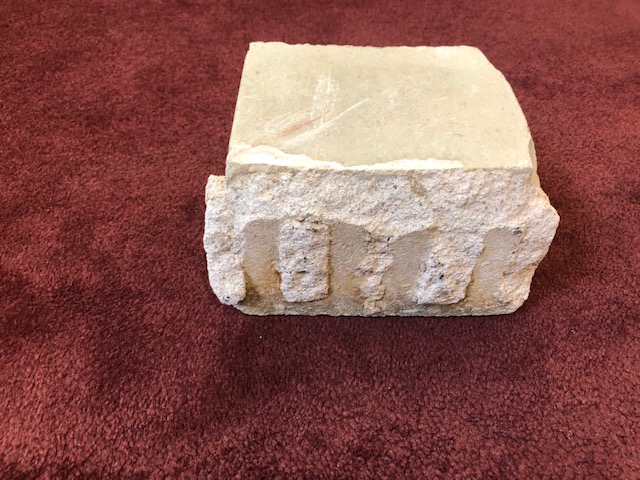 Take a tour with Bradley Flamm, Director of the Office of Sustainability 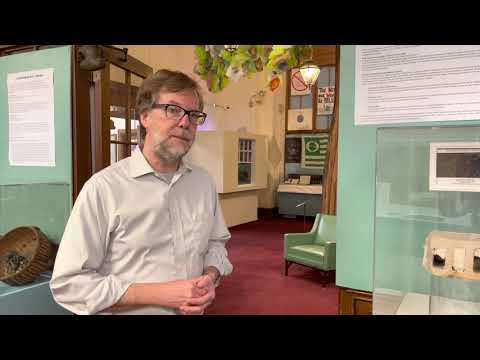 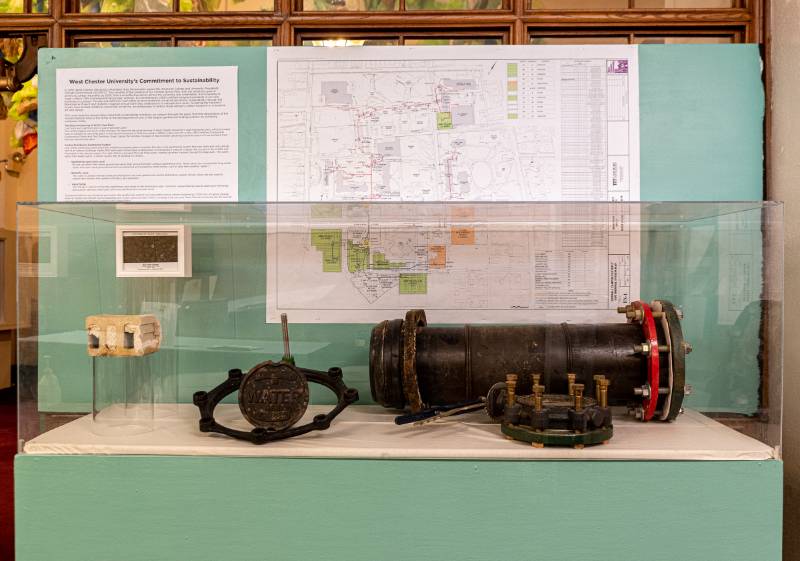