ALL CONCERTS TAKE PLACE IN MADELEINE WING ADLER THEATER
All concerts free and open to the public.

Join all of the school’s ensembles, faculty and guest artists in a celebration improvisatory music.

Opening out 33rd Annual Jazz Festival: Two of Philadelphia’s most revered jazz artists unite for an intimate, exploratory duo! Violinist Diane Monroe and vibraphonist Tony Miceli have been playing together since the mid-1980s, and the fruits of that three-decade relationship will be on display. Both Monroe and Miceli have long histories of forging rich collaborations in Philadelphia and beyond. Monroe has bridged the jazz and classical traditions for most of her career. Miceli has been a force on the Philly jazz scene since 1980 while touring the world and mentoring young players as an educator. In 1990 he co-founded the group Monkadelphia, dedicated to playing the music of Thelonious Monk. He is also a member of the PhilOrch Jazz Ensemble, a quartet featuring members of the Philadelphia Orchestra. This is a concert not to be missed. 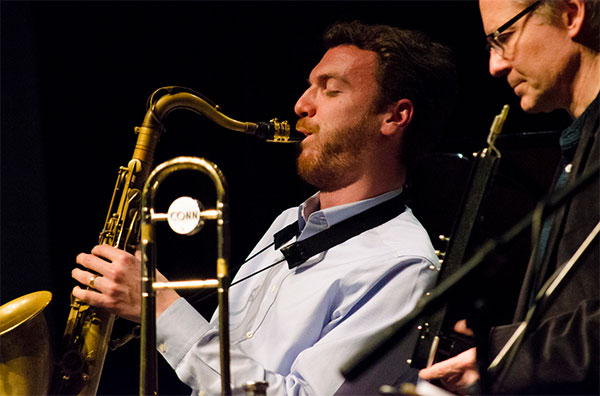 Join the Faculty of the Wells School of Music for an evening of standards and original music!

Join pianist Alex Brown for an intimate solo piano concert. The New York Times says he plays “with a crystalline touch and a worldly approach.” Brown frequently performs with his own group, and Downbeat Magazine described his 2010 album Pianist as “a really fine record that leaves you wanting more.” Brown has been a member of Paquito D’Rivera’s ensemble since 2007, performing on and contributing arrangements to their Latin GRAMMY award-winning album Jazz Meets the Classics. In 2019, he was the pianist on trumpeter Brian Lynch’s GRAMMY award-winning album The Omni-American Book Club. Brown also collaborates frequently with artists that include Warren Wolf, Dafnis Prieto, Sean Jones, Christian McBride, Imani Winds, Harlem Quartet, Miho Hazama, Cho-Liang Lin, David Shifrin, and has performed with Chris Thile on the American variety show Live From Here (formally known as Prairie Home Companion). In 2016, he performed Gershwin’s Rhapsody in Blue as a soloist with the Orquesta Symphonica de Mineria led by conductor Carlos Miguel Prieto in Mexico City.

The centerpiece of the 33rd Annual Jazz Festival features world-renowned trumpeter, composer, and essayist Nicholas Payton. Payton has released over 20 recordings as a leader, pushing musical boundaries and showcasing a variety of contemporary and traditional styles, while displaying his ambidextrous ability to play both the trumpet and keyboard at the same time when he’s inspired to do so. He has collaborated with numerous mentors and contemporaries alike, ranging from Common and Cassandra Wilson to Trey Anastasio, MonoNeon, and Jill Scott, to Dr. John, Joseph “Zigaboo” Modeliste of The Meters, Allen Toussaint, and Abbey Lincoln to name a few. His most recent albums are Quarantined with Nick and Maestro Rhythm King, both released in 2020. “…I’m striving to help lift, if possible, raise the vibration of the collective conscious one audience, one album, one song at a time. If I can’t do that, there’s no point in me playing. That’s why I play. It’s about contributing to society and inspiring. That’s my life as an artist, period. Challenging people to think differently, to think critically and to not be slaves to the system and the status quo.” 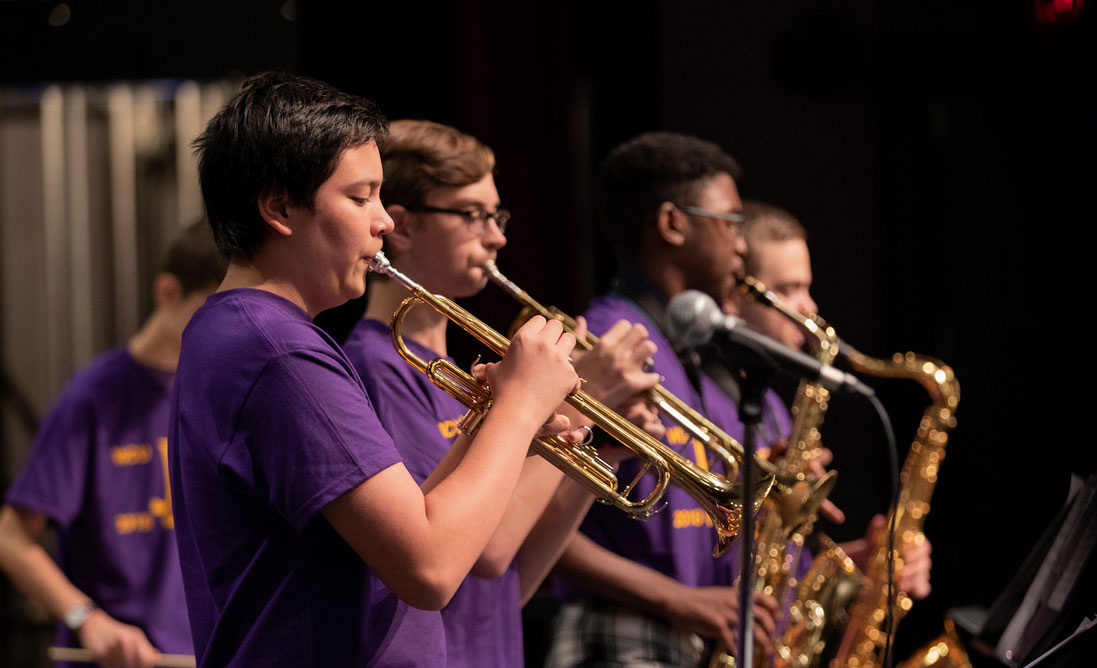 Many of the finest high school jazz ensembles from around the region will be performing and working with the WCU faculty at this day-long festival. These young musicians demonstrate that the future of jazz is in good hands.