The West Chester University Summer Wind Conducting Symposium is designed to provide musicians the opportunity to sharpen conducting skills, strengthen score study techniques, broaden knowledge of wind literature and refine rehearsal strategies. Conductors may participate in the symposium in one of two different levels. Conducting participants will conduct chamber ensembles during the morning sessions and a full wind ensemble in the afternoon. Participation at this level will be limited to the first sixteen applicants with paid deposits. Observers will be engaged in all of the daily activities but will not conduct the ensembles. 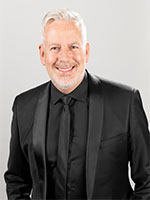 John Lynch is a leading international wind band conductor and a dual citizen of the United States and Australia. He is currently the interim Director of Bands at the University of Wisconsin-Stevens Point and a freelance conductor/composer/teacher based in Madison, Wisconsin. He was formerly the Director of Bands and Wind Symphony Conductor at the Sydney Conservatorium of Music where he created the first graduate degrees in wind conducting and the first comprehensive university band program in Australian history. He is the founder and artist director of the Verbrugghen Ensemble, the Conservatorium's chamber orchestra in residence, and was previously Director of Bands and Professor of Music at the University of Georgia and the University of Kansas. Other positions include those at Northwestern University and Emory University. He was the conductor of Chicago's renown Northshore Concert Band and the Atlanta Youth Wind Symphony and is the founder of the Greater New York Wind Symphony and the University of Kansas/Kansas City Youth Wind Symphony. He has performed throughout the United States, Canada, Europe, South America, Asia, and Australia including the national conferences of the College Band Directors National Association, American Bandmasters Association, National Association for Music Education, Australian National Band and Orchestra Conference, the Midwest Clinic, World Association for Symphonic Bands and Ensembles, as well as at Interlochen, Barcelona's Grec Festival, and invited tours of Ireland, Spain, China, Argentina, and Europe.

Lynch has three professional recordings on the Naxos label including the premiere in the Wind Band Classics Series, and one on the Klavier label. He is a published composer through C. Alan Music and Maestro and Fox. Awards include The American Prize, the national Stanbury Award for outstanding conducting and teaching, New York's Big Apple Corps National Leadership in the Arts award, The University of Georgia Creative Research Medal, a Northwestern University Searle Fellow for Teaching Excellence, elected membership in the American Bandmasters Association and Phi Beta Mu international band honor fraternity, and was nominated for Performance of the Year in the Australian Arts Music Awards. An advocate for diversity in music, he serves on the boards of several think tanks including the Institute for Composer Diversity and is one of the featured conductors in “The Horizon Leads Forward.” John Lynch is a passionate advocate for new music and has commissioned, recorded, and premiered works from around the globe by both today's leading composers and those new to writing for the wind band medium. He holds degrees from Indiana University, the Eastman School of Music and the Cincinnati College-Conservatory of Music. 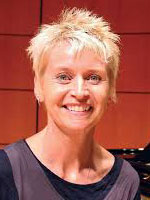 Cynthia Johnston Turner is in demand as a conductor, conducting and ensemble clinician, and speaker in the United States, Australia, Latin America, Europe, and Canada.

Before her appointment at the Hodgson School at the University of Georgia, Cynthia was Director of Wind Ensembles at Cornell University. Earlier in her career Cynthia was a high school music educator, taught middle school beginning instrumental music in Toronto and choral music in Switzerland. She currently serves as a conductor with the Syracuse Society of New Music, the Austrian Festival Orchestra, and the Paris Lodron Ensemble in Salzburg.

A Canadian, Cynthia completed her Bachelor of Music and Bachelor of Education degrees at Queens University and her Master of Music in music education and conducting at the University of Victoria. Touring with her ensembles inspired her master’s thesis on the musical and personal transformations that occur on tours, and her D.M.A. thesis at the Eastman School of Music centered on the music of William Kraft, one of this generation’s leading composers. At Eastman Cynthia was the recipient of the prestigious teaching award in conducting. She received the National Leadership in Education Award (Canada), the Excellence in Education Award (Ontario Secondary School Teachers Federation), and the Marion Drysdale Leadership Award (also from OSSTF). She is also the recipient of the Donald A. Reick Memorial Award for research with wearable technologies and music pedagogy, and the American Prize for innovative programming with wind bands.

Cynthia has commissioned numerous new works for wind band and orchestra, and she continues to actively promote commissions by today’s leading and emerging composers around the world. Under her direction, the Cornell Wind Ensemble was invited to perform at the College Band Directors National Association’s Eastern Division Conference in 2007 and 2012. In 2008, the Merrill Presidential Scholars at Cornell recognized Cynthia as an outstanding educator, and in 2009, she was awarded the Kaplan Family Distinguished Faculty Fellowship. Her performances have been praised by such composers as Steven Stucky, William Kraft, Steven Bryant, Marc Mellits, Eddie Mora, Dana Wilson, Roberto Sierra, Jesse Jones, and Karel Husa.

Among other recent engagements, Cynthia has guest conducted the National Youth Wind Ensemble of Great Britain, the Syracuse Symphony (“Symphoria”), the National Youth Band of Canada, Concordia Santa Fe, the Ithaca College Wind Ensemble, the Eastman Wind Ensemble, the Latin American Honor Band, the National Band of Costa Rica, the National Orchestra of Heredia, and numerous state honor bands. Cynthia has been invited to present her research with teaching and technology, innovative rehearsal techniques, and service-learning and music performance at numerous conferences nationally and internationally. She is published in such journals as Music Educators Journal, Interdisciplinary Humanities, International Journal of the Humanities, Journal of the World Association of Bands and Ensembles, Fanfare Magazine, and Canadian Winds, and has recorded CDs with the Innova and Albany labels.

Cynthia serves as a board member with WASBE, and is an active member of CDBNA, Conductor’s Guild, College Music Society, Humanities Education and Research Association, the National Association for Music Education, and National Band Association.

As Director of Bands and Professor of Music at the Hodgson School, Cynthia conducts the Wind Ensemble, teaches conducting, leads the MM and DMA programs in conducting, and oversees the entire Hodgson band program. 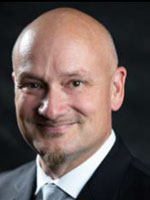 Dr. Andrew Yozviak is the Director of Bands at West Chester University.  Dr. Yozviak’s primary responsibilities include conducting the Wind Ensemble and Chamber Winds, directing the Golden Rams Marching Band, and teaching graduate and undergraduate conducting classes.  Prior to this appointment, Yozviak served as Visiting Director of Bands at Susquehanna University and taught thirteen years in the Pennsylvania public schools.

Dr. Yozviak has earned a Bachelor of Science Degree in Music Education from West Chester University of Pennsylvania and a Master of Music Degree in Composition from Indiana University, Bloomington, Indiana, and a Doctorate of Musical Arts Degree in Wind Conducting from Rutgers University where he studied with William Berz.

Dr. Yozviak maintains a busy schedule as a guest conductor, adjudicator and clinician, regularly presenting at conferences and workshops.  His research in the area of eighteenth century Harmoniemusik has produced two modern editions of wind partitas by the Bohemian composer, Antonio Rosetti (1750-1792).  His scholarly edition of Antonio Rosetti’s Partita in E-flat is published by Amadeus Verlag, Winterthur, Switzerland. 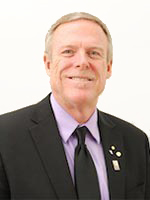 Dr. Martin recently completed a six-year tenure as the Director of Athletic Bands and Assistant Director of Bands at Florida International University in Miami, Florida. Prior to returning to Florida, Dr. Martin was the Assistant Director for the Longhorn Band and Lecturer in the School of Music at UT. His past teaching experience includes fourteen years in the Florida and Virginia public school system and two years as a teaching assistant at James Madison University in Harrisonburg, Virginia, where he taught music education courses and conducted the Concert and Symphonic Bands. 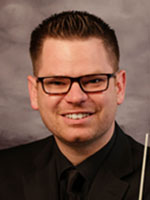 Adam J. Gumble is the Director of Athletic Bands at West Chester University. Mr. Gumble’s primary responsibilities include directing the “Incomparable” Golden Rams Marching Band and WCU Basketball Band, conducting the Concert Band, teaching undergraduate conducting classes, and supervising student teachers. Prior to this appointment, Mr. Gumble taught for 13 years in the public schools as the Director of Bands at Hempfield High School in Landisville, Pennsylvania and Associate Director of Bands at Quakertown Community High School.

Throughout his career in the public schools, ensembles under Mr. Gumble’s direction have earned top ratings, awards, and critical acclaim at festivals, assessments, and honor performances across the region. Mr. Gumble is an active guest conductor, clinician, and presenter at professional development conferences across the Northeastern United States. He has served as the Band Content Representative on the PMEA State Professional Development Council and has contributed original articles for PMEA Magazine. Mr. Gumble has been a quarterfinalist for the GRAMMY Foundation’s Music Educator Award and has been nominated for “Who’s Who Among America’s Teachers” as well as multiple “Teacher Impact Awards” through Central Pennsylvania’s NBC affiliate, WGAL. Mr. Gumble currently serves on the Board of Directors of the Lancaster Symphony Orchestra.

Mr. Gumble is a member of the National Association for Music Education, the Pennsylvania Music Educators Association, Pi Kappa Lambda, and Phi Mu Alpha Sinfonia. He resides in Lancaster, Pennsylvania with his wife (Kelly), two sons (Bennett and Dorian) and their dog, Rollo.