We offer a major and minor option in our Spanish program:

You can also complete the language requirement for other departmental majors with our Spanish courses. Additionally, you can transfer in up to 50% of the courses for the Spanish major and minor.

In general, for Spanish majors and minors, we offer courses in Grammar and Conversation, Spanish and Latin American Cultures and Civilization, Peninsular and Latin American Literatures, Linguistics and Phonetics, and Film, among other advanced courses.

Advanced courses that may be used for the major (BALC, Spanish track) and minor include:

Students with a concentration in Spanish need to take advanced courses at the 400 level (seminars). You can consult the complete course catalog for descriptions. Spanish majors must take SPA 444 (Advanced Spanish Proficiency Development) and one seminar course at the 400 level, to choose from:

Students can also obtain Pennsylvania K-12 teaching certification in Spanish, in conjunction with the College of Education here at West Chester University. You can consult the Certification page for further information and requirements.

Check the Spanish Study Abroad site for updated information, as well as the Center for International programs site for other programs abroad that you can select.

The Spanish Club is a quite active on campus and off, holding weekly meetings, movie nights, fundraisers, field trips to NYC and elsewhere, to sites of interest and significant events regarding Hispanic cultures. Students play an important role in the club, generally deciding which activities are of interest and organizing events.

We offer courses toward the master's degree, with or without certification, in our new Master of Arts in Languages and Cultures (MALC). Please consult the Graduate Programs site for more specific information. 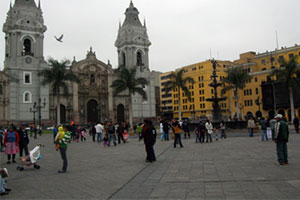 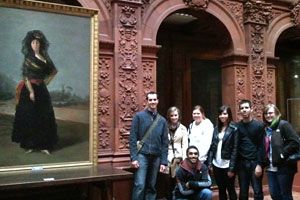