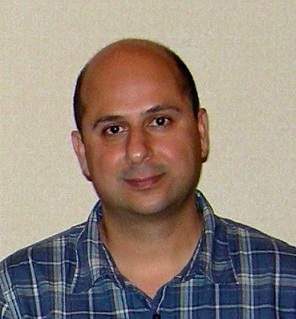 At SAMSI I have worked with Professor Mansoor Haider, North Carolina State University, in the development and application of Hybrid Discrete Systems to problems related to tissue engineering and at Duke University with Professor Richard Durrett on stochastic hybrid discrete systems applied to tumor growth and evolutionary game theory. Also at Duke University I have formed an ongoing collaboration with Professor Stephanos Venakides (Mathematics) as a part of a multidisciplinary group headed by Professor Dan Kiehart (Biology) on a project studying tissue morphogenesis of the drosophila embryo as a potential model of wound healing.

As a Research Assistant Professor at Temple University I worked with Professors Isaac Klapper and Yury Grabovsky on an NIH funded project involving biofilm modeling. This was a part of a wider multidisciplinary group based at the Center of Biofilm Engineering (CBE) located at Montana State University, headed by Professor Phil Stewart (Former Center Director).

Since August 2015 I am a Tenure-Track Associate Professor in the Department of Mathematics at West Chester University.

For the Fall 2018 semester I am teaching: