My research interests are within the field of animal bioenergetics, which is an understanding of how energy flows through living systems from ingestion of prey up through the building of an animal and its offspring. My recent work has focused on the decisions animals make while foraging, and the energetic costs and pay-offs of those decisions under both natural and 'disturbed' conditions, as a way of understanding how resilient they might be to a rapidly changing environment. Most of my work has centered around marine mammals as apex marine predators, and phocid seals in particular, although I have worked with a number of species including bottlenose dolphins, northern right whales, northern elephant seals and Weddell seals.

While I continue to study marine mammals, the subject matter of my current projects are more broadly comparative, focusing on large-scale patterns of mammalian bioenergetics. In addition to continued work with marine mammals, my lab has started a new research program directed at comparing the eco-physiological roles of terrestrial mesopredators between intact ecosystems and those from which the apex predators have been removed. I look forward to working with students to develop independent research projects in my lab. 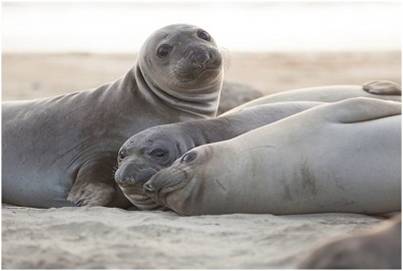