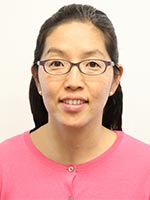 Hayoung Heidi Lee studied music history and comparative literature at the University of Washington, and received her Ph.D. in musicology from Stanford University in 2011. Before coming to West Chester, she taught at San Francisco Conservatory of Music, Mills College, University of Puget Sound, and she served as a postdoctoral teaching fellow in the humanities at Stanford University. Lee's research and teaching interests include German opera of the 18th and early 19th centuries, European and Asian musical encounters in the 18th century, women in music, and music and travel. Her article, "Papageno Redux: Repetition and the Re-writing of Character in Sequels toDie Zauberflöte" appeared inThe Opera Quarterlyin 2012. In summer of 2013, she received a grant from the National Endowment for the Humanities to participate in the summer seminar, "Music and Travel in Europe and the Americas, 1500-1800" held at the Newberry Library in Chicago. She has also managed music festivals and educational programs for the New Crowned Hope Festival in Vienna and the St. Lawrence String Quartet.