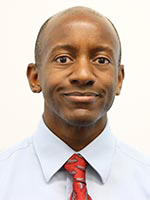 Vincent Craig began his piano studies with Nancy Sartin, and played in public for the first time at the Columbia Artists Management Hall in New York City when he was only eight. By age ten he had performed a program for television station WNEW in New York, and a few years later he appeared on the USA Television Network. While enrolled at the La Guardia High School of Music and the Arts in New York he was a piano student of Jascha Zayde. He won the Scott Joplin Award from the Brooklyn Opera Society and a scholarship from the Brooklyn Chapter of the Links. He was praised in the New York Amsterdam News for his "style, great technical assurance and panache" after a performance of the George Walker Piano Sonata No. 1.

Vincent Craig performed at the Music Teachers National Association Convention, he won first prize in the Society of American Musicians Young Artist Competition, and he was a finalist in the Kosciusko Foundation Chopin Competition. He has attended the Aspen Music Festival and he has studied with and accompanied master classes by many internationally famous artists. His repertoire represents over 300 years of piano literature, with a special emphasis on works by African-American composers. Dr. Craig earned his Bachelor's degree from Oberlin College where he studied with Frances Walker. He then went on to earn his Master of Music and Doctor of Musical Arts degrees from the Peabody Institute of Johns Hopkins University in Baltimore, Maryland, where he studied with Ann Schein.

Some of Dr. Craig's performances include appearances in New York City at the Lincoln Center Library, Steinway Hall, Federal Hall, in Philadelphia at the Kimmel Center, Settlement Music School, in Washington D.C. at the State Department, The George Mason Library in Fairfax, Virginia, the Middle Keys Concert Series in Marathon, Fla., and Bowdoin College in Brunswick, Maine. Dr. Craig has also appeared as guest soloist with the Delaware County Symphony, the West Chester University Chamber Winds, the West Chester Chamber Orchestra, the Wilmington Community Orchestra, and the Chester County Pops, with whom he has served as both soloist and guest conductor.

Vincent Craig is the Music Director of the Main Line Unitarian Church in Devon, Pa., and is a Professor of Piano at the Wells School of Music at West Chester University of Pa., where he was the Frederick Douglass Artist in Residence. Dr. Craig is the director of the West Chester's annual Bach Celebration, and his other duties include teaching courses in instrumental methods. Dr. Craig has served as musical director for the Opera and University Theater programs, conducting performances of Grease, Hair, Celebration, Gypsy, Cole, and Puccini's Gianni Schicchi. Dr. Craig has been the Head Accompanist for the Maryland State Boychoir for more than twenty years, and has also been a Visiting Artist of the Baltimore Symphony Arts Excel Program, and has served on the faculty of the Lancaster Conservatory, Lancaster, Pa. His CD of Bach solo keyboard music was released in the fall of 2013.