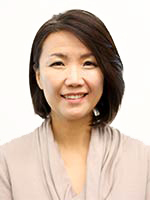 In Young Lee has garnered widespread acclaim in Korea and the United States as a dynamic singer of Opera and Art song. As an Opera performer, Dr. Lee was a member of the Korean National Opera for two years, and has sung in the United States with the Des Moines Metro Opera, Chestnut Hill Operalogue, Baisley Powell Elebash Opera Company, and Temple Opera Theatre. Dr. Lee achieved world recognition as a Finalist in the Fifth Luciano Pavarotti International Voice Competition held in Philadelphia. Ranging from standard belcanto operas to twentieth-century operas, she performed as Violetta in La traviata, the Governess in The Turn of the Screw, Susanna in Le nozze di Figaro, Adina in L'elisir d'amore, Rosalinda in Die Fledermaus, Thérèse in Les mamelles de Tir ésias, and Mimi in La Bohéme.

After coming to study voice on a full scholarship to Temple University in Philadelphia, she has also been a laureate in several other international vocal competitions, including the Lola Wilson Hayes International Vocal Artists Competition in New York, NY, and The Friday Morning Club International Music Competition held in Washington, D.C.

Dr. Lee was invited to perform in the Grand Opening Concert of the Kimmel Center's Verizon Hall in Philadelphia in 2002. In 1997, Ms. Lee was sponsored by the Philadelphia Orchestra to sing the soprano solo for Brahms' German Requiem. In the same year, she was invited to sing in Schubert's Mass in G with the Mendelssohn Club and Philadelphia Singing City, with conductor Joseph Flummerfelt. In concert, Dr. Lee has performed with the Philadelphia Chamber Orchestra, Philadelphia Young Artists Orchestra, Korean Symphony Orchestra, Yale University Orchestra, Lower Merion Symphony and Temple Orchestra. In Seoul, Korea, Dr. Lee was the featured soloist in performances of Handel's Messiah, Haydn's The Creation, Saint-Saëns' Christmas Oratorio, Beethoven's Ninth Symphony and Rossini's Stabat Mater.

In summer, 2006, Dr. Lee taught and performed in Guiyang, China, through the cultural exchange program sponsored by West Chester and Guizhou Universities, and gave a series of master classes to gifted students from each of the three major performing arts schools in Seoul. For the summer of 2007, Dr. Lee was invited to teach and perform at the Xi'an Conservatory of Music in Xi'an, China.

Dr. Lee received her Doctoral degree in vocal performance, and her Master of Music and Professional Studies degrees in Opera from Temple University. She also has her Master of Music and Bachelor of Music degrees in vocal performance from prestigious Seoul National University. Her dissertation, "The English Diction Guide for Korean Singers," which is already being used by many Korean teachers and singers in the United States, will be translated into Korean, and published and distributed in Korea in Fall of 2007.