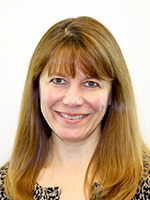 Kimberly Reighley, Associate Professor of Flute, enjoys a very versatile performing career in the Delaware Valley and throughout the United States. She plays principal flute with the Delaware Symphony and OperaDelaware, and piccolo with the Reading Symphony. She is a substitute with the Philadelphia Orchestra and has performed with the Chamber Orchestra of Philadelphia, the Pennsylvania Ballet Company, Network for New Music, and in theater productions at the Merriam Theater, Forrest Theater, Walnut Street Theater and Academy of Music in Philadelphia, PA. In addition, for fifteen years, she performed at the internationally acclaimed, Carmel Bach Festival in Carmel, California. Kimberly Reighley is the founding member and Co-Artistic director of the chamber ensemble, Mélomanie, an ensemble that pairs early and contemporary works performed on both period and modern instruments. The ensemble's contemporary repertoire features world premieres of works written especially for Mélomanie by such composers as Mark Rimple, Ingrid Arauco, Chuck Holdeman, Sergio Roberto de Oliveira, and Mark Hagerty. She is also a member of the Quintsylvania Winds, faculty woodwind quintet at West Chester University. This ensemble gave its debut performance at Weil Recital Hall in Carnegie Hall in May 2008 performing American Wind Music. Winner of a Delaware State Arts Council Individual Artist Fellowship, Kimberly Reighley has performed as a guest artist with Brandywine Baroque, Pro Musica Rara, and Le Triomphe de l'Amour, and has appeared as a soloist on baroque flute, modern flute, piccolo and alto flute at the Carmel Bach Festival, the National Flute Association Convention, and with the Delaware Symphony and Reading Symphony. Reviews of her solo performances have included the following: "Flutist Kimberly Reighley...playing a Baroque wooden flute produced a sound almost unearthly in its purity and transparency...There was such a lovely effortless quality about Reighley's music making that I never wanted this performance to end...It would be difficult to imagine this sonata played any better," (Carmel Pinecone). "Reighley's technique was dazzling, her playing sheer joy," (Reading Eagle). She can be heard on the Lyrichord label performing works of Telemann.