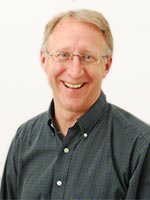 Bassoonist Jon Gaarder received the Bachelor of Music in Music Education from the University of Wisconsin-Madison as a student of Richard Lottridge and the Master of Music in Performance from the New England Conservatory, where he studied with Sherman Walt, Principal bassoonist of the Boston Symphony Orchestra and Matthew Ruggiero. He continued his musical training in Canada at the Banff Centre School of Fine Arts. Mr. Gaarder is currently instructor of bassoon at the West Chester University. In addition, he is instructor of bassoon at the University of Delaware.

He was awarded the 2000 Delaware Individual Artist Grant for solo recital performance from the Delaware State Arts Council. His orchestral experience includes currently principal bassoon of the Pennsylvania Ballet and Opera Delaware, also as a member of both the Delaware Symphony Orchestra and the contemporary music ensemble Relache. He is also a substitute for the Philadelphia Orchestra, which has included a European Tour under the direction of Wolfgang Sawallisch.