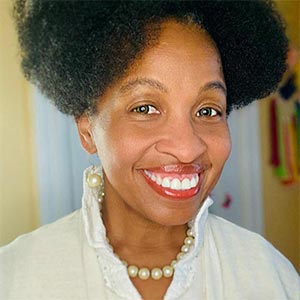 tonya thames-taylor is an Associate Professor of History (American), founding director of the African American Studies Program, and member of the Executive Committee of the Frederick Douglass Institute. She is a specialist in the 19th and 20th centuries. Her research focuses on gender, race, human rights, and Southern histories. She has received numerous fellowships and grants. She is a National Endowment for the Humanities(NEH) Summer Institute Fellow (Summer 2014, Jackson State University) and the Christian R. and Mary F. Lindback Foundation Recipient (2006—2008). She served as a Pennsylvania Live and Learn Scholar for the Pennsylvania Humanities Council.

Mississippi native and granddaughter of former sharecroppers, she is a Trustee for the Friends Publishing Corporation (publishers of Friends Journal and QuakerSpeak ), Board of Directors for the Friends Historical Association (publisher of Quaker History), and a member of the Governance Committee of the American Friends Service Committee (AFSC). She is also an active member in women organizations such as the Association of Black Women Historians, American Association of American University (AAUW), National Council of Negro Women, Women In the National Association for the Advancement of Colored People (WIN), Order of Eastern Stars, and Junior League of Philadelphia (Sustainer).

During a TEDx, in October 2016, she discussed “Admiring Failure." She is an environmentalist and some of her most sought-after public lectures deal with the environment.

She is currently writing her first book which is collection of her public lectures. Also, she is writing a book article about the 1968 Memphis Sanitation Strike.