See Where a WCU History Degree Can Take You 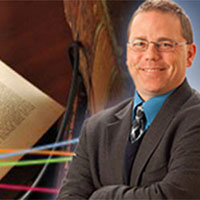 Stephanie Sena, class of 2001, teaches history at Villanova University and Pennsylvania Academy of the Fine Arts. Her courses concentrate on history of imperialism in the Middle East and Africa, and the history of race and class in the US. In 2011 Stephanie founded SREHUP, the Student-Run Emergency Housing Unit of Philadelphia, to engage students in the work of ending chronic homelessness in Philadelphia. View her TEDx Talk, "Igniting the Social Justice Generation,"about working with students in this capacity. Stephanie also sits on the board of directors of Playgrounds for Palestine, a non-profit that builds playgrounds in the occupied territories. She traveled to Palestine in 2015 to work on the playgrounds. 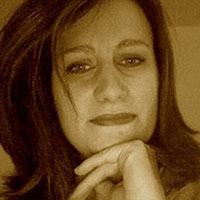 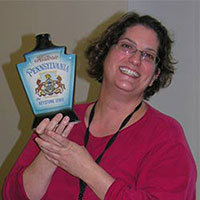 Cheryl has been with the Pennsylvania State Historic Preservation Office since 2007. She started out in the National Register section where she was responsible for historic context development on postwar suburbs, urban redevelopment and railroads, review of National Register nominations, and served as the Transportation Enhancement Coordinator. She is currently the Above Ground Resource Environmental Review for the Central Region of Pennsylvania. In this role, she advises and assists state and federal agencies with their compliance responsibilities under the Pennsylvania State History Code and Section 106 of the National Historic Preservation Act.

James Padilioni Jr., Class of 2013, PhD Student in American Studies at the College of William and Mary, where he worked as Book Review Editorial Assistant for William and Mary Quarterly. He has also interned at the Smithsonian National Museum of American History and at Colonial Willamsburg. 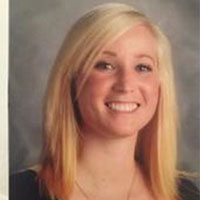 Alyssa Day, Class of 2009, Teacher, Downingtown High School East, where she currently teaches AP Psychology and Western Civilization. She credits "extreme determination and the skills and knowledge imparted by the professors and advisors" and WCU in "catapulting me into a fulfilling and enriching career." 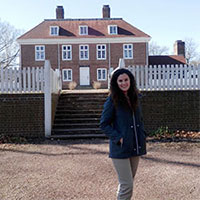 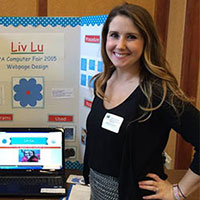 Amanda Derrickson, Class of 2011, Social Studies Teacher, St. Francis de Sales School, Aston, PA. After teaching English in China as part of the Center for Teaching and Learning in China, Derrickson returned to Pennsylvania, where she also is pursuing a graduate degree in Educational Technology from WCU. 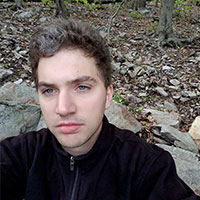 Adam Farence ('15) is pursuing a master’s degree in Data Journalism on scholarship at Columbia University. Farence is only one of six U.S. students admitted to the program out of twenty. While at WCU he served as the Op-Ed Editor and the Editor-In-Chief of The Quad. After graduation, Farence worked as a journalist for the Daily Local News, covering crime and local politics. After leaving the paper, he moved back home to Enola, Pennsylvania, where he worked as an IT analyst contracted to the state government. During that time he also obtained a Nanodegree in Android Application Development from Udacity. In his spare time, Farence enjoys running, dancing, and working on his science fiction novel.

Nicole Strunk (’19) serves as the Oral History Program Assistant at the Science History Institute's Center for Oral History. There, she assists with teaching oral history training institutes and serves as the principal assistant for projects including Science and Disability, Voices in Biotech, and the Origins of STS. In Fall 2020 she began a Masters in Information Science program at Drexel University.

So, you ask… "What can I do with a degree in history?" As Katherine Brooks, author of You Majored in What, observes, a humanities degree like History enables you to answer, "I'm going to do whatever I want." History majors are versatile! A recent article published by the Association of American Colleges & Universities recently made this point as well, demonstrating that a history major "will not condemn you to a lifetime of unemployment and poverty."

With your history degree, you can do anything and go anywhere, because the skills you learn here can take you far:

Some career choices for history majors may not appear as obvious as they do in more technical or specialized fields, but earning a history degree will provide you with many transferable skills that you will take with you wherever you go, including investigation, aggregation, curation, analysis, and synthesis, along with abilities in public speaking, writing, and research.

Since you are developing these valuable skills, the next step marketing them to a potential employer. The American Historical Association encourages students to quantify their skills in terms employers care about, including those identified by National Association of Colleges and Employers as the most desirable attributes sought by employers in its Job Outlook 2015 survey.

So, if you effectively worked on a group project for a class, tout your ability to work in a team. If you learned new technologies in your Digital History course, add those skills to your résumé.

A history major need not mean commitment to a life in poverty. Recent studies suggest that history majors fair well in salaries. WCU history graduates have found employment in a broad range of professions and occupations, including:

Where to Find Jobs

Resources for Careers in History