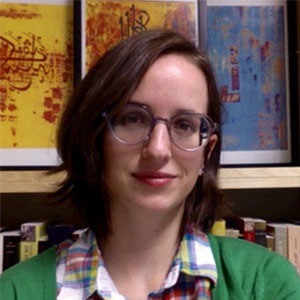 Professor Urban (Ph.D. The University of Chicago, 2012) joined the WCU history department in 2014. She has diverse interests in the field of Islamic history, including gender, slavery, and empire. Her recent monograph, Conquered Populations in Early Islam (Edinburgh UP, 2020), examines how new Muslims of slave origins joined the early Islamic community and articulated their identities within it. While she specializes in the medieval period, Dr. Urban also teaches courses on the modern Middle East and contemporary issues in the Islamic world.

Prof. Urban has had several opportunities to travel to the Middle East, most recently in Summer 2018, when she traveled to Jordan with a group of West Chester students. She has also studied Arabic in Egypt, Tunisia, and Syria, and she is delighted to share her love of Arabic language, culture, music, and food with students.