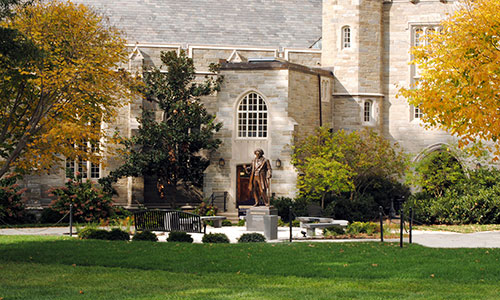 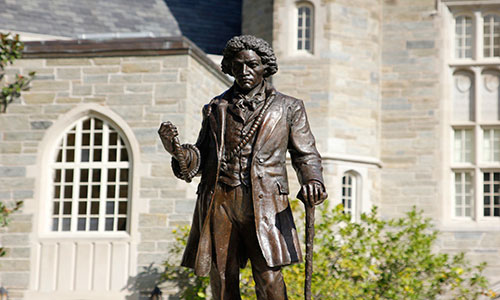 The above collections display the latest work in Douglass's Studies. Many of the works found are catalogue in the Francis Harvey Green Library of West Chester University, West Chester PA. Selected few works can only be found in the Frederick Douglass institute of West Chester. This collection is constantly being updated as new scholarship develops.

This project seeks to digitize all of the Frederick Douglass materials held in the collections of the University of Rochester Library. The work will be undertaken by undergraduates, that they may have a greater understanding of Douglass by working with the letters and newspapers he composed.

The Frederick Douglass house is located in Cedar Hill, Washington D.C. The house is Douglass’s last residence before he died in 1895. Because of generous donations and support, the National Parks Service refurbished and preserved many of the artifacts. Learn more about the National Park Service.

Today, the historic property has been renovated to its 19th century splendor and is home to exhibits honoring the late Frederick Douglass, as well as very special Americans of his spirit who have received the National Caring Award. This award is given each year to the most caring adults and young adults in America.