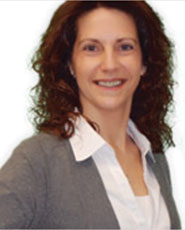 Preferred Period of Time to Contact Before Scheduling an Advisee Meeting: One week

Please reach out via email to schedule an appointment

I am the founder and director of the Sister to Sister (S2S) Peer Mentor Program for the Prevention of Eating Disorders. S2S recruits and trains sorority women to act as positive role models and peer mentors to other women on our campus, specifically around issues involving body image and disordered eating. I decided to start this program for many reasons. First, I want to see the women at WCU learn to feel better about themselves and their bodies, and to stop defining their self-worth based on their appearance. Second, through my clinical work, I have seen the devastating effects of eating disorders and believe that prevention is a worthwhile endeavor. Even if this program helps to prevent just one woman from developing an eating disorder, it will be well worth it! Finally, I hope that through this program, sorority women at WCU will learn to feel more empowered and understand that they can make changes to improve the climate in which they live (whether it be within their individual sororities, the WCU campus, or the society as a whole).

My initial research at WCU found that eating disorders are not necessarily more prevalent among sorority women as compared to non-sorority women. Nevertheless, targeting sororities for this program makes sense for a number of reasons. First, body image concerns were found to be greater among sorority women. Body dissatisfaction is one of the key risk factors in developing disordered eating. Second, the sororities at WCU are made up of a large group of women who serve as leaders on this campus. These women are dedicated to the Greek system and the University. Most importantly, sorority women are dedicated to each other - helping and supporting one another in an effort to make the college experience a positive one. As a result, sorority women make ideal peer mentors!

More so than focusing on eating disorders, the Sister to Sister program aims to focus on body image, self-esteem, and empowerment. Much research exists showing that body dissatisfaction combined with low self-esteem places individuals at risk for eating disorders. Listed below are the areas the S2S program targets and our goals for each area.