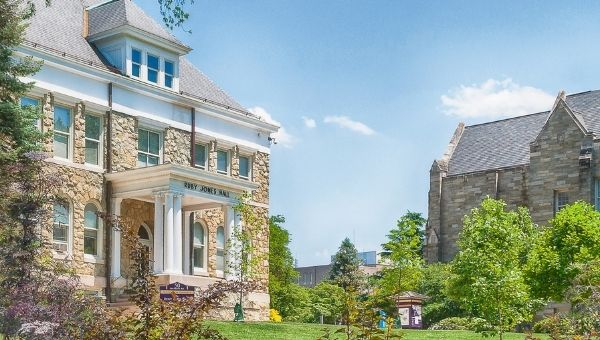 Ruby Johnson Jones – for whom Ruby Jones Hall is named – has a special place in West Chester University’s history as the first African-American faculty member, becoming an assistant professor of education and supervisor of student teachers in 1968.

The building named in her honor and memory, however, began service to this institution for a very different purpose than it serves today.

Not only did fledgling teachers spread their wings there under the tutelage of Ruby Johnson Jones and other master educators, the Demonstration School provided a high-quality education with enrichment activities that went far beyond what most elementary schools could offer at the time.

Sue Fiorentino ’86, wife of WCU President Chris Fiorentino and an associate professor of management, attended the Demonstration School with her twin sister Beth from 1970 to 1976. She said students learned civics by establishing classroom communities that enacted laws, printed money, and elected government officials. “Beth was the mayor; I was just a citizen,” she recalls fondly.

“I remember our student teachers fondly and I hope they received as much from their time at the Demonstration School as we did.”

Read more of this historical feature on the sesquicentennial anniversary website.