Welcome to the Cottrell Center 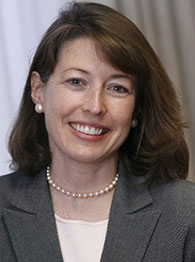 Monica Zimmerman, PhD, CPA, is a professor of Management in the College of Business and Public Management at West Chester University where she teaches entrepreneurship and strategic management at the graduate and undergraduate levels. Dr. Zimmerman earned her PhD from Temple University's Fox School. Dr. Zimmerman has published and presented many research papers on initial public offerings (IPOs), angel investing, and management teams. She served as the director of the Cottrell Center from its founding through 2014, after which she served as Interim Associate Dean of the College of Business and Public Affairs and took a sabbatical to study angel investing. 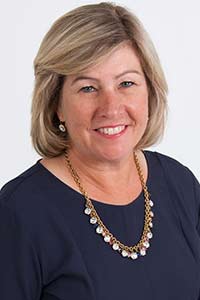 Pattie Diggin earned an MBA degree from West Chester University in 1996. She joined West Chester University in 2011 as an Adjunct Professor of Marketing and currently serves as the Director of The Cottrell Entrepreneurship Center. Pattie sits on the Board of Directors at the Chester County Fund for Women and Girls where she heads up the Development and Marketing committees. She is also a member of the Ambassador and Education Foundation committees at the Greater West Chester Chamber of Commerce and sits on the i2n Board of the Chester County Economic Development Council. Since 2014 she has been a SCORE volunteer and works collaboratively with organizations in the region that are committed to expanding the impact of entrepreneurship programming and supporting development of small businesses. 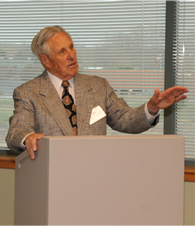 Dr. Edwin Cottrell served as associate dean of the School of Health, Physical Education, and Recreation and as professor in the undergraduate and graduate programs. He also served as the head coach of golf at West Chester University for 20 years. He is a graduate of Slippery Rock State College (class of 1943). While at Slippery Rock he lettered in football, basketball, and tennis, and he captained the tennis team. Dr. Cottrell earned a master's degree from the University of Pittsburgh and his doctorate in Health and Physical Education from Penn State University. He joined the West Chester University faculty in 1955. Dr. Cottrell was very active in many professional and academic organizations. He was named "Outstanding Physical Educator" in Pennsylvania by PSAHPER, was a member of the National Golf Coaches' Associate, and an educational consultant for the National Golf Foundation. He was also on the staff of the Duke University Junior Golf Camp and served as chair of the Concord Country Club golf committee where he was the club champion. Dr. Cottrell was a fighter pilot during World War II with the 48th Fighter Group ETO and flew 65 combat missions in the European Theater of Operations. He received the air medal with eight clusters plus unit and battle citations. After 28 years in the Air Force Reserves he retired as a Lt. Colonel having served as a Liaison officer to the Air Force Academy. Dr. Cottrell is currently an instructor at Duke University Golf School and Pine Needles Country Club. Dr. Cottrell is married to Mildred (Millie), and has two daughters: Carol Fisher and Susan Nation.

Gary E. DanielsCLU, ChFC, CAP is the Managing Partner and a founding partner of The Creative Financial Group. Mr. Daniels has forged one of the Nation's most innovative and successful financial services organizations. Mr. Daniels' primary area of expertise is developing financial and business succession strategies for entrepreneurs. Recognized as an authority on business succession planning, he frequently addresses professional organizations such as the National Association of Manufacturers and has been quoted in the Wall Street Journal and Fortune magazine. He is a member of the Delaware County, Chester County, and Philadelphia Estate Planning Councils; a ten-year qualifier of the Top of the Table; a life and qualifying member of the Million Dollar Round Table; and a former instructor of the Life Underwriter's Training Council. Early in his career, Mr. Daniels distinguished himself by becoming the youngest number one agent in the 120-year history of Travelers, an achievement he attained from 1985 to 1989. Mr. Daniels is a member of the Board of Directors of the Variety Club. In 1992, Mr. Daniels, and business partner, Mr. Joseph Naselli, established The Creative Financial Charitable Foundation, which contributes to organizations throughout the Delaware Valley. He is a member of the West Chester University Undergraduate Business Center Campaign Leadership Committee, and he served as the WCU Cottrell Center 2011 Entrepreneur in Residence. Mr. Daniels attended West Chester University from 1972 - 1975. After college prior to becoming a financial representative he was a professional golfer.

Donate to the Cottrell Entrepreneurship Center

The support of donors and community partners is needed to continue and to grow programming at the Cottrell Center, and to make an impact on the Chester County entrepreneurial ecosystem.

Catch up on all that's happening at the Cottrell Entrepreneurship Center!

Do you have a favorite one that you follow? Let us know and we will add it to our list. Email: cottrellcenter@wcupa.edu