Annie Finch is the author of six books of poetry, including Spells: New and Selected Poems, Calendars (finalist for the National Poetry Series), and the epic poem Among the Goddesses: An Epic Libretto in Seven Dreams (Sarasvati Award from ASWM, 2012).  She is also the translator of the complete poems of French poet Louise Labe for the University of Chicago Press. Finch’s other works include books and anthologies on poetic craft, a poetry textbook, verse drama, theater collaboration, opera libretto, and the first major anthology of literature on abortion.  Her poetry has appeared in Poetry, The Paris Review, The New York Times, and The Penguin Book of Twentieth-Century American Poetry and onstage at Carnegie Hall.  She has shared her Poetry Witch Ritual Theater performances on three continents and appeared at the Emerging Women Conference, Cathedral of St. John the Divine, Jaipur Literary Festival, and Deepak Chopra Homespace. Finch holds a B.A. from Yale and a Ph.D from Stanford, taught on the core creative writing faculty of Miami University of Ohio, and served for a decade as Director of the Stonecoast MFA Program in Creative Writing. She has lectured at universities including Berkeley, Toronto, Harvard, and Oxford, and in 2010 she was awarded the Robert Fitzgerald Award for her lifetime contribution to the art and craft of versification. Annie Finch is the Founder and Director of PoetryWitchCommunity.com, where she teaches poetry, meter, and her own system of self-transformation, The Magic of Rhythmically Writing.

The Dramatic I/Eye: Reflections on Voice and Form in Contemporary Poetry
A Virtual Conference
November 11-12, 2022 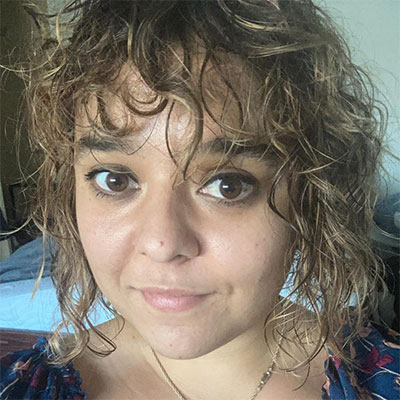 Alexis Sears is a graduate of the MFA program in poetry at the University of Wisconsin-Madison, and she earned her Bachelor’s degree from Johns Hopkins University, where she majored in Writing Seminars. Her work has appeared or is forthcoming in the Cortland Review, Hopkins Review, Cimarron Review, Birmingham Poetry Review, and elsewhere. She was a 2019 Sewanee Writers’ Conference MFA scholar, and she was a finalist for the Vassar Miller and New Criterion poetry prizes. Currently, she lives in northern California, where she teaches sixth grade English. Sears'  debut collection, Out of Order, was the winner of the 2021 Donald Justice Prize, published by Autumn House Press in 2022. In Out of Order, a biracial 20- something speaker seeks joy and healing in the wake of a traumatic event. The poems are both formal and free verse, and they discuss race, grief and mental illness, friendship, womanhood and its looming dangers, the search for companionship, and pop culture, primarily 80s and 90s rock stars. Despite its oftentimes heavy themes, the book is a tale of hope, strength, and ultimately, resilience.

We invite teachers, scholars, and poets on all levels to submit proposals for virtual presentations , workshops, lesson plans, roundtables, panels, and readings. We would welcome abstracts that include, but are not limited to, the following topics: