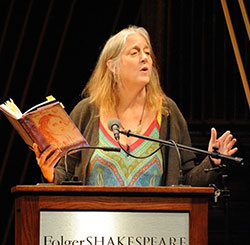 Annie Finch is the author of six books of poetry, including Spells: New and Selected Poems, Calendars (finalist for the National Poetry Series), and the epic poem Among the Goddesses: An Epic Libretto in Seven Dreams (Sarasvati Award from ASWM, 2012).  She is also the translator of the complete poems of French poet Louise Labe for the University of Chicago Press. Finch’s other works include books and anthologies on poetic craft, a poetry textbook, verse drama, theater collaboration, opera libretto, and the first major anthology of literature on abortion.  Her poetry has appeared in Poetry, The Paris Review, The New York Times, and The Penguin Book of Twentieth-Century American Poetry and onstage at Carnegie Hall.  She has shared her Poetry Witch Ritual Theater performances on three continents and appeared at the Emerging Women Conference, Cathedral of St. John the Divine, Jaipur Literary Festival, and Deepak Chopra Homespace. Finch holds a B.A. from Yale and a Ph.D from Stanford, taught on the core creative writing faculty of Miami University of Ohio, and served for a decade as Director of the Stonecoast MFA Program in Creative Writing. She has lectured at universities including Berkeley, Toronto, Harvard, and Oxford, and in 2010 she was awarded the Robert Fitzgerald Award for her lifetime contribution to the art and craft of versification. Annie Finch is the Founder and Director of PoetryWitchCommunity.com where she teaches poetry, meter, and her own system of self-transformation, The Magic of Rhythmically Writing. 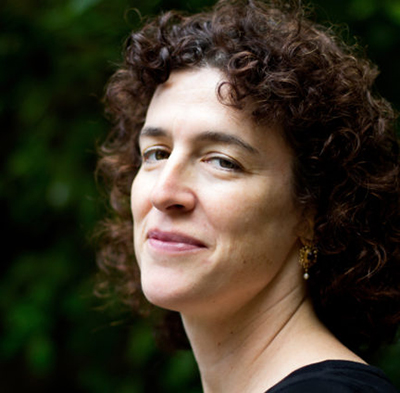 Daisy Fried is the author of three books of poetry: Women’s Poetry: Poems and Advice, named by Library Journal as one of the five best poetry books of 2013, My Brother is Getting Arrested Again, a finalist for the National Book Critics Circle Award, and She Didn’t Mean to Do It, which won the Agnes Lynch Starrett Prize. She has been awarded Guggenheim, Hodder and Pew Fellowships, a Pushcart Prize, the Cohen Award from Ploughshares, and the Editors Prize for a feature article from Poetry, for “Sing, God-Awful Muse,” about reading Paradise Lost, breastfeeding and the importance of difficulty. Recently, her poems have been published or are forthcoming in Best American Poetry, London Review of Books, Poetry, PN Review, Zocalo, Threepenny Review, Poetry International and many other journals and anthologies. She is poetry editor for the literary resistance journal Scoundrel Time, occasionally reviews poetry for the New York Times and elsewhere, is member of the faculty of the Warren Wilson College MFA Program for Writers, and lives in Philadelphia.

The Girl Grew and Grew, Her Mother Couldn’t Stop It

No God in Us but Song

One Day I Suddenly Notice ...