What is Pi Mu Epsilon?

The Spring 2018 Pi Mu Epsilon induction ceremony was held on 5th April in the Mathematics Department. 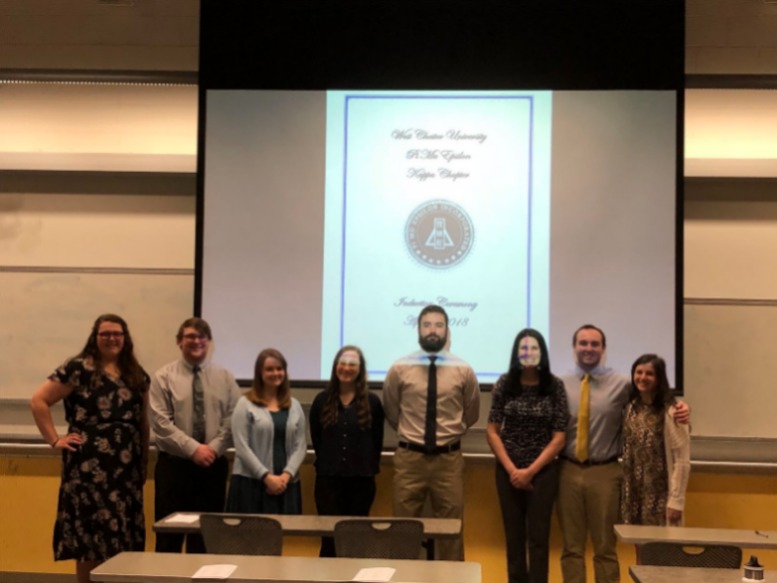 Some of the Spring 2018 Pi Mu Epsilon Inductees

Here is another picture from the cermony.

Here is a link to a video collage of the induction ceremony.

Here is the program from the ceremony.

Some of the Spring 2017 Pi Mu Epsilon Inductees

Undergraduate Research at West Chester University and Beyond

Abstract: One of the goals of Pi Mu Epsilon (PME) is to promote mathematical scholarship at the undergraduate level.  Three PME members,

Kenny Gill worked with Dr. Nitica on a research project which involved applying tools from commutative algebra to tiling problems.

He is co-author with Dr. Nitica of the paper Signed tilings by ribbon L n-ominoes, n even, via Gröbner bases, which appeared in the Open Journal of Discrete Mathematics.

During the summer of 2016, he completed a workshop at the University of Illinois- Chicago and an REU at Missouri State; the latter produced two more papers, one of which has been submitted for publication.

He plans to pursue a Ph.D. in mathematics and is currently gravitating towards the areas of low-dimensional and geometric topology.

Outside of math, Kenny enjoys playing early music on the viola da gamba and is also trained as a composer and violinist.

Pro Kumar took part in an interdisciplinary social network analysis project with Dr. Marano, Dr. Crossett and Dr. Burns; which he presented at the 2015 MAA MathFest in Washington D.C.

He plans on pursuing a Ph.D. in experimental physics.

Outside of academics, he enjoys coaching the throwing events for his high school track and field team, cooking exotic food, weightlifting, and hiking.

Corin Stratton was hired to do research with Dr. Kolpas and Dr. Auld.

The project they worked on was research into modeling resulting fitness from the mating strategies of simultaneous hermaphrodites.

He is a co-author with Dr. Kolpas on “Optimal Mating Strategies for Preferentially Outcrossing Simultaneous Hermaphrodites in the Presence of Predators”, a paper which they are presently working on getting published.

Corin plans to pursue a Ph.D. in mathematics, specialization to be determined.

In his spare time, he works on a few software side projects and plays video games.

discuss their undergraduate research experiences together with their insights into how to apply to graduate mathematics programs. 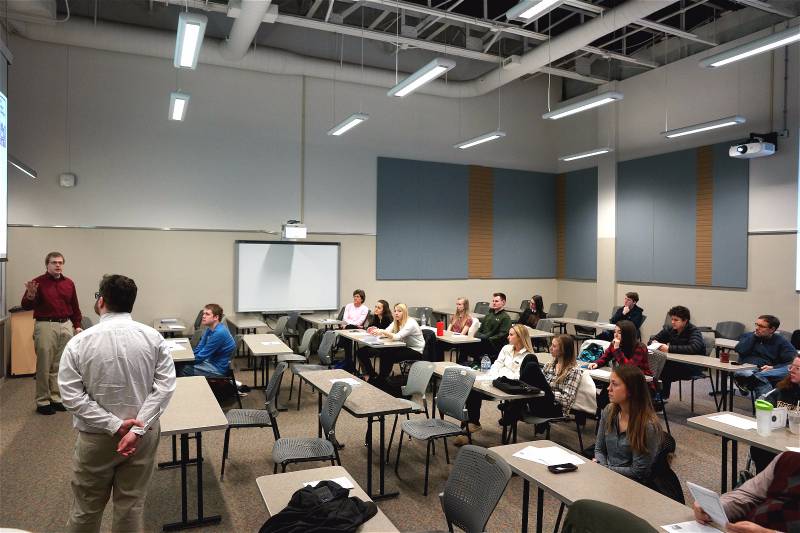 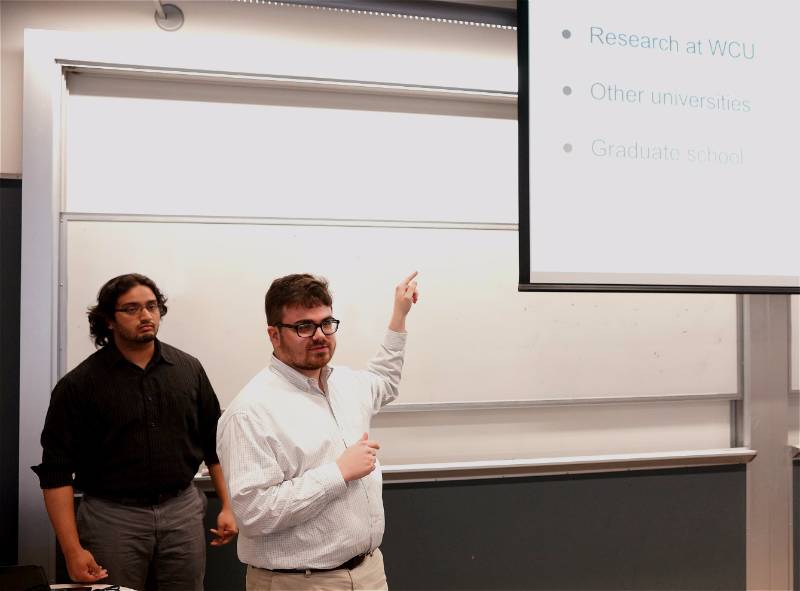 Patrick Dozier graduated WCU with a B.S. in Industrial Mathematics and a minor in Physics in 2013 and
received a M.S. in Applied Mathematics from the University of Delaware.

He is currently an Associate
Application Developer at HMHS Health Solutions (a subsidiary of Highmark Health) in Harrisburg, PA.

Paul Johnson graduated WCU with a B.S. in Computational Mathematics and a minor in computer science in 2015.

He is employed as a Front End Software Engineer at SCOIR in West Chester.

Alex Meade graduated WCU with a B.S. in Computational Mathematics and minors in both computer
science and music in 2013. He is currently an Application Developer at HMHS Health Solutions.

speak about their current job positions. 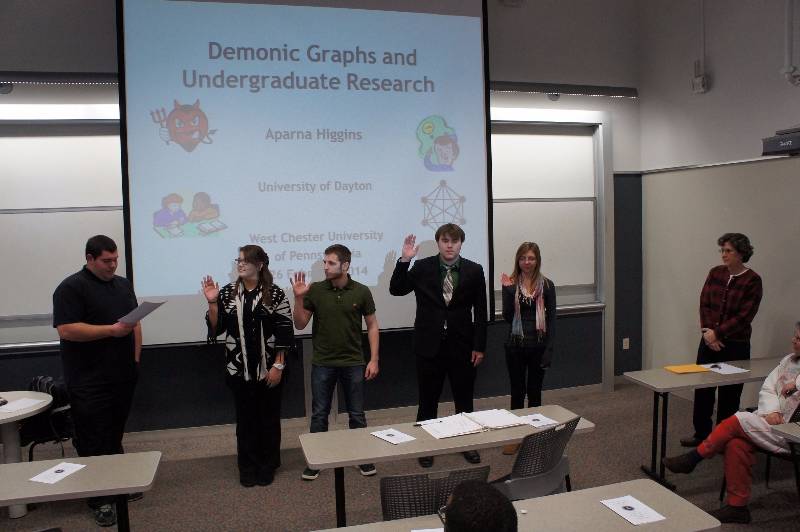 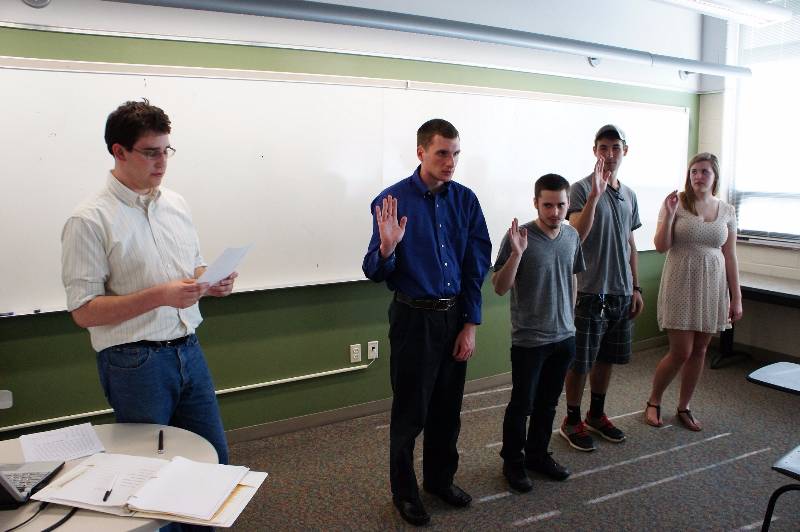 Some of the 2013 Pi Mu Epsilon Inductees 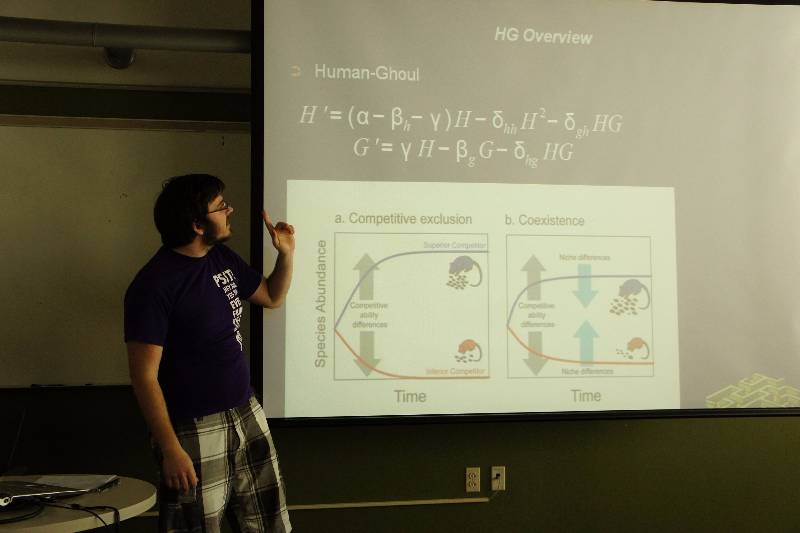 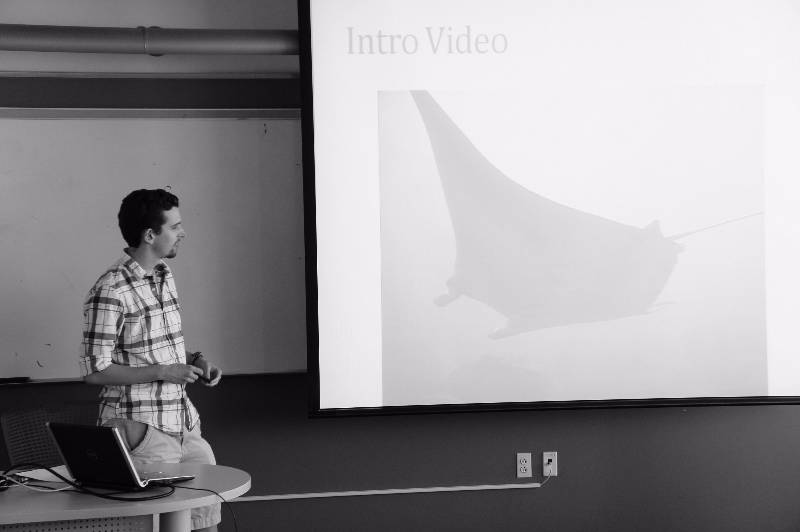 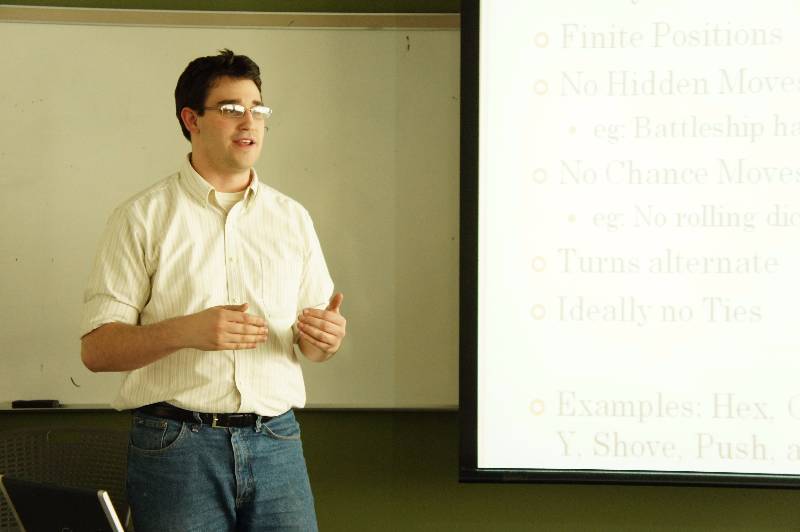 gave presentations on their undergraduate research.