We welcome Dr. Jennifer Maresh as a new assistant professor in the Department of Biology. She received her B.S. in Biology from West Chester University in 2003, her Master's in Coastal Environmental Management in 2005 from Duke University, and her Ph.D. in Ecology & Evolutionary Biology from the University of California - Santa Cruz (UCSC) in 2014.

Dr. Maresh's background is with swim behaviors and mechanics as they relate to foraging in marine mammals and her research has included work with wild bottlenose dolphins, North Atlantic right whales, Weddell seals and northern elephant seals. As a postdoctoral researcher at UCSC her research focused on animal bioenergetics which is an understanding of how energy flows through living systems from ingestion of prey up through the building of an animal and its offspring. She is interested in the decisions animals make while foraging and the energetic costs and pay-offs of those decisions under both natural and 'disturbed' conditions, as a way of understanding how resilient they might be to a rapidly changing environment.

Dr. Maresh is excited to return to her alma mater where she will continue her bioenergetics work with marine mammals. She would like to develop an additional research program directed at understanding the role of terrestrial mesopredators in both disturbed and intact ecosystems from a bioenergetics perspective. She looks forward to working with students to develop independent research projects in her lab, and to teaching Physiology and other biology classes at West Chester University.

The Department of Biology also welcomes Dr. Eric Sweet as a new assistant professor. Dr. Sweet received his B.S. in Biology from Virginia Tech in 2002 and his Ph.D. from Rutgers University in 2011.

Dr. Sweet is a neuroscientist and electrophysiologist interested in neurodegenerative diseases, such as Parkinson’s disease. As a postdoctoral fellow at Mount Sinai School of Medicine, his research focused on the role mutations in the Parkinson’s disease associated gene encoding LRRK2 play in learning and memory. He also worked on identifying new molecular factors that influence learning and memory. He is excited to join the WCU community and will continue to investigate the role that genetic and environmental factors play in the substantial non-motor deficits experienced by those suffering from Parkinson’s disease.

Dr. Sweet is looking forward to working with students while they learn and perform research in the fields of neuroscience, cell biology, and neurodegenerative diseases. 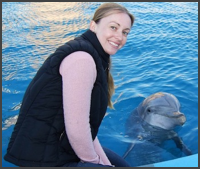 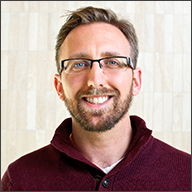 Dr. Jessica Schedlbauer received a Research Opportunity Award from the National Science Foundation to study the effects of climate change on a dominant sedge species in the Alaskan tundra in a project titled "An investigation of photosynthetic optima in locally adapted Eriophorum vaginatum ecotypes exposed to elevated temperature". This research was a collaboration with scientists from Wilkes University, the Marine Biological Laboratory's Ecosystems Center, and the University of Texas at El Paso.

Dr. Schedlbauer and Biology undergraduate student Katherine Hood spent the summer of 2016 north of the Arctic Circle working on this project. The pair were based out of the Toolik Field Station, part of the University of Alaska Fairbank's Institute of Arctic Biology. The station provides a summer home for arctic biologists from around the world in a remote part of Alaska that is shared by caribou, grizzly bears, and musk ox. 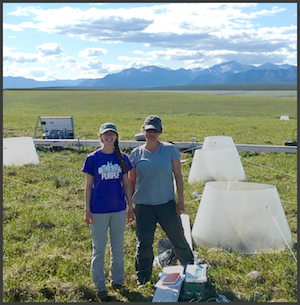 Dr. Spotila is a biologist, specializing on sea turtles and conservation biology. He is the author of the books Sea Turtles and Saving Sea Turtles.

Students, faculty, staff and the general public are welcome to attend.