The mission of the Graduate Certificate in Latin American Philosophies of Education at West Chester University is the development of educators with a critical global perspective.

Since philosophy of education has existed without taking into account the other 80% of the world, the Graduate Certificate in Latin American Philosophies of Education aims to close that gap by incorporating other epistemologies, educative practices and languages from the south of the western hemisphere.

Are there other more effective and creative ways to teach and learn? Can Normalista or Zapatista thought help students better understand critical pedagogy? These types of questions guide this graduate certificate, among others.

This course equips students with the general landscape of the history of Latin American philosophies of education while also engaging students with some of the paradoxes of the historical development of what has been understood as education in Latin America. In the first part of the course the student will be exposed to the two main Indigenous approaches to educational thought; on the one hand the Aztec that covered most of present-day Mexico and Central America, and on the other hand the Tahuantinsuyo which compromised some areas of what is today Ecuador, Perú, Bolivia and Chile. Then, the educative implications of the Spanish conquest of North and South America will be studied, since it was when the distinction between western and non-western knowledge was constructed and also when the principle Latin American universities where founded. Therefore, this course will explore to what extent the conquest also aimed to be an educative conquest. The destruction of Indigenous sacred books as well as the Indigenous educative institutions will be addressed in this course.  Students will be guided to review the educational model that the Spaniards imposed in the area. In this period it is key to consider some of the main intellectuals’ work at that time, such as Juana Ramírez de Asbaje, among others. After that, students will study the impact of the creation of the liberal-nationalist Latin American states on the educational projects for those new nations; in other words, the post-independence periods of the nineteenth century.

The principle aim of this course is to begin an exploration of Latin American philosophies of education. Particular emphasis will be placed on investigating the different ways that philosophers of Latin American education have conceptualized education as a (trans)formative and liberatory process.

This course is devoted to show how many Latin American individuals like me have built our epistemologies growing up in Latin America. As a former Latin American teacher, I am glad to share with you what the schools look like there, how my students built their knowledge, and what our curriculum there look liked, among other topics.

*** An alternative graduate course relating to Latin America can be approved. Must receive prior approval from LAPE Coordinator. ***

Learn about the Latin American Philosophy of Education Society 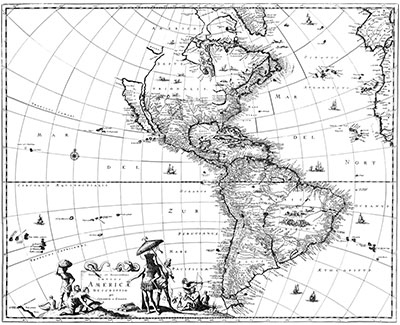