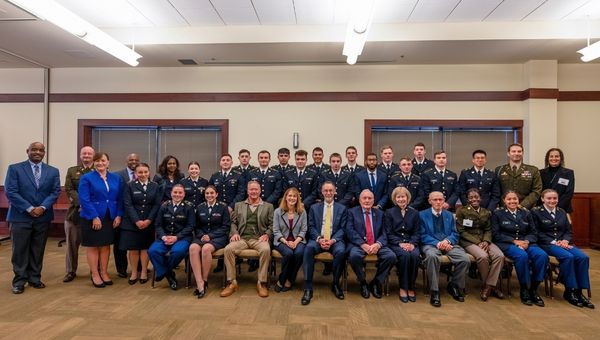 The University held this year’s Military Scholarship Ceremony and Breakfast on November 12 at the WCU Alumni & Foundation Center Ballroom to celebrate ROTC cadet and veteran scholars. Among those present were the 28 students who were recognized with at least one of 21 scholarships awarded this year.

He noted WCU’s longstanding commitment to military students and emphasized the growth of the Greg and Sandra Weisenstein Veterans Center and expansion of services in recent years under Director Lillian Morrison. The center works to create an intentional culture of understanding, acceptance, and success for veterans, active military, and those whose support them, in part by facilitating communication among campus offices with a coordinated system of service.

“Along with increased scholarship support and program funding, in 2019, due to support from Mrs. Eileen Reider Glenn, Class of ’69, M’99, we’ve established a dedicated counselor position specifically to support our student veterans,” added Fiorentino.

West Chester University is among only 282 universities nationwide that were selected for Gold award status on the Military Friendly Schools list for 2022-2023. The Gold designation recognizes schools for their leading practices, outcomes, and effective programs on behalf of veterans, military service members, reservists, and their families. This is the second year WCU has achieved Gold status. In addition, WCU is a Yellow Ribbon school committed to helping students pay for tuition and fees that are not covered by the Post-9/11 GI Bill. 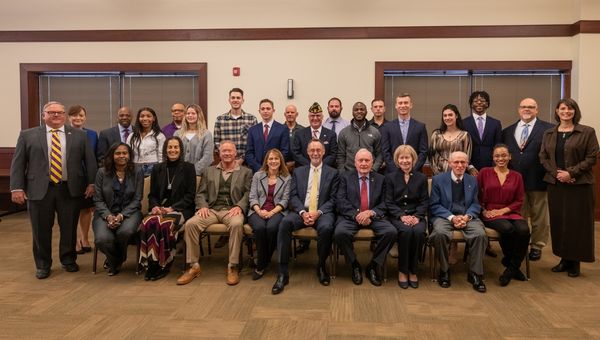 The recipients of the ROTC General Military Scholarship are Kristi Kromko and Danny Nguyen.

The VFW Post 106 ROTC Scholarship is awarded to Joshua Adams.

For more information about WCU’s student veterans and the Veterans Center, visit