“For Real, For Reel: The Cinematic Art of The Second World War” Features WWII Memorabilia from Stephen “Mr. Movie” Friedman 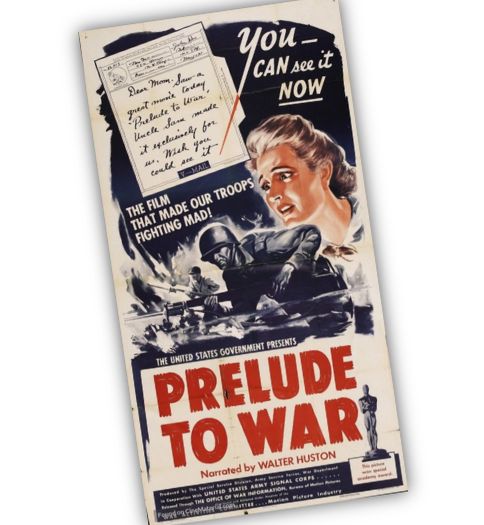 As the nation prepares to celebrate its silent heroes, the grim realities of World War II will be explored in a conversation with World War II veterans that will immediately be followed by the opening of a special exhibition featuring rare WWII memorabilia, including original WWII posters and press materials from the collection of Stephen “Mr. Movie” Friedman, a renowned Philadelphia-based film critic.

Both the discussion and the exhibition’s opening reception are free and open to the community.

World War II veterans Robert P. Gibson and Ernest Mogor will engage in an open discussion about life on and off the battlefield with Professor of History Robert Kodosky, author of Tuskegee in Philadelphia: Rising to the Challenge (The History Press, 2020) and Psychological Operations American Style (Lexington Books, 2007).

Sharing riveting stories, both men will speak about the sacrifices that veterans have made for their country. Serving with the 116th AAA Gun Battalion, Gibson landed with his unit on Utah Beach in Normandy on June 4, 1944 (D-Day). Gibson and his unit fought nearly all the way to Berlin before the Nazis surrendered. Also experiencing combat, Ernest Mogor served with the 76th Infantry Division, 417th Infantry Regiment, Co. E, US Army. Mogor was shot by a sniper and received the Combat Infantry Badge, Bronze Star Medal and the Purple Heart.

The Exhibition of “For Real, For Reel: The Cinematic Art of The Second World War” at 5 p.m. 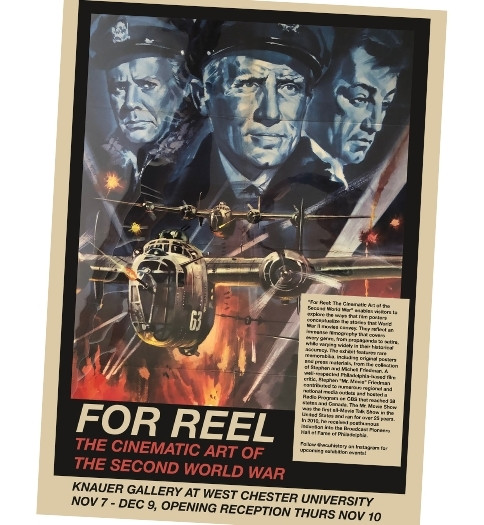 Original posters and press materials from WWII will bring the era to life through the rare collection of Stephen and Michell Friedman. A renowned Philadelphia-based film critic, Stephen “Mr. Movie” Friedman contributed to numerous regional and national media outlets and hosted a radio program on CBS that reached 38 states and Canada. Running for 25 years, Friedman’s Mr. Movie Show was the first all-Movie Talk Show in the U.S. In 2010, he received posthumous induction into the Broadcast Pioneers Hall of Fame of Philadelphia.

“‘For Reel: The Cinematic Art of the Second World War’ enables visitors to explore the ways that film posters conceptualize the stories that WWII movies convey,” says Professor Kodosky. “They reflect an immense filmography that covers every genre, from propaganda to satire, while varying widely in their historical accuracy.”

The larger-than-life exhibit will also include other original WWII artifacts from the military-history collection of Adam MacMillan, a sophomore at the University who has developed a passion for WWII history and who accompanied a D-Day veteran to Normandy this past summer through the Best Defense Foundation. Among the artifacts that he will share at the exhibit are a USMC EM dress uniform, a US Army 7th armored division EM class A, and a US m-1943 jacket with combat gear.

“For Reel: The Cinematic Art of the Second World War” may be viewed at the University’s Knauer Art Gallery from November 7 through December 9, 9 a.m. – 4 p.m.