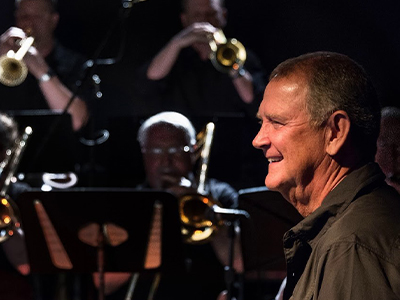 West Chester University’s Wells School of Music faculty, staff, students, and alumni will come together to pay tribute to one of its most illustrious alumni: arranger, composer, educator, and publisher Robert Harry “Bob” Curnow ’63. A week-long celebration in honor of Curnow will culminate in a concert of the Criterions Jazz Ensemble, conducted by Curnow, on Friday, November 4 at 7:30 p.m. in the Madeleine Wing Adler Theatre, 817 S. High St., West Chester. Tickets are FREE but must be reserved at http://www.wcupatix.com/schoolofmusic. The concert will feature music from Curnow’s Sierra Music Publications library.

The tribute recognizes Bob and Darlene Curnow’s ‘64 recent gift to the School of Music that includes more than 1,000 charts and pieces of music, representing a gift that is valuable historically, educationally, and monetarily. 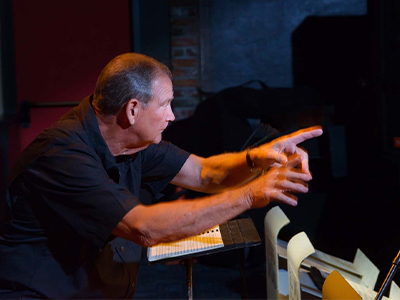 Curnow, who currently resides in the state of Washington, is the founder of the very successful Sierra Music Publications. He played, arranged, and produced for the likes of the Stan Kenton Orchestra and others in the 1960’s and 70’s. Curnow had just one request when asked how he wanted to be recognized for his gift.

“I was the student conductor of the Criterions Jazz Ensemble - “Crites” for short - when I attended West Chester University from 1959 – 63,” says Curnow. “When Dean Chris Hanning asked how I would like to be recognized for my gift I knew my answer. I wanted to come ‘home’ to conduct the Crites.”

Dean Chris Hanning says, “We are thrilled to have Bob here with us for a week of activities planned in his honor. We invite all of our alumni and fans of great music to reserve their tickets now for the November 4 concert.”

Curnow’s gifted collection includes 38 boxes full of books on music and arranging from Curnow’s personal collections, more than 1,000 pieces of music that includes scores and parts, reel-to-reel tapes of recordings from past Criterions concerts, 78 RPM records, and personal papers from Sierra Music.  When he made the gift, Curnow instructed that the collection be used at the discretion of the University with a message that read, “I entrust these things to West Chester University as an expression of my sincere thanks for teaching me and showing me the way forward.” 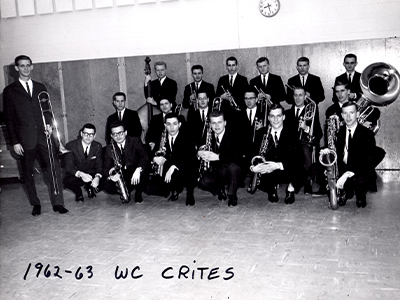 In the week preceding the concert, parts of Curnow’s collection will be on display in the Wells School of Music’s Presser Music Library. The collection will be dedicated and named the Bob and Darlene Curnow Jazz Library, donated in honor of:

Director of Jazz Studies Jonathan Ragonese says, “We are deeply grateful and honored that Bob chose the Wells School of Music to house this valuable collection. The repertoire he is donating represents some of the best big band charts ever written, and now our students and ensembles have open access to them. For example, our students now have the ability to pull out a whole program of Count Basie charts to learn from. The gift also means that the Wells School of Music does not need to pay for scores and parts, which translates into a significant monetary value. Historically, the collection also provides a deeper understanding of the history of our beloved Criterions, as well as other popular big bands from across the United States.”

Robert Harry "Bob" Curnow (born November 1, 1941) is an American musician who served as a trombonist, staff arranger and producer for the Stan Kenton Orchestra during the 1960s and 1970s. As a composer and arranger he has become well known for large jazz ensemble music set to contemporary fusion and rock music of groups such as Chicago, Blood, Sweat and Tears, Yellowjackets, Pat Metheny, and Radiohead. Most notably he arranged the music for and produced the award-winning and critically acclaimed CD, Bob Curnow's L.A. Big Band Plays the Music of Pat Metheny and Lyle Mays. Curnow is the owner and President of Sierra Music Publications, Inc., he is also prominent in the instrumental music and jazz education fields.