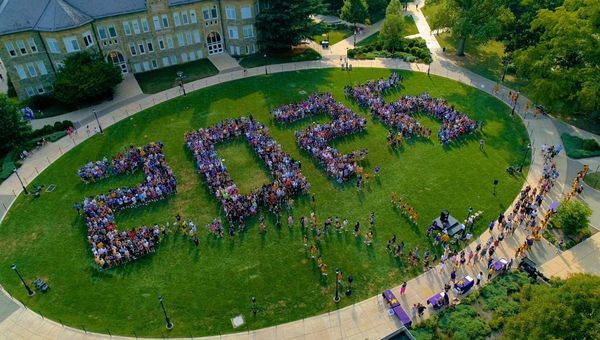 Amidst the nationwide shift in high-school-student demographics, particularly in Pennsylvania, impactful trends were noted in WCU’s large, first-year class this fall:

For the fall 2023 admissions cycle, the University has already averaged a 35% increase in first-year applications in comparison to last year.

“A West Chester University education is an exceptional value,” says West Chester University President Chris Fiorentino. “Our yearly in-state tuition remains $7,700 — which is considerably less than the nearly $20,000 or $60,000 one would pay at some other universities. With a competitive price tag, West Chester is known to deliver academic excellence; our students spend time with exceptional professors and excellent researchers; and our students are surrounded by a community of educators dedicated to their success.”

Affordability and accessibility are mission-focused assets. “There are lots of universities on a mission to make themselves as exclusive and inaccessible as possible. That can’t be West Chester. We need to serve the diverse students in our region and that means being accessible and affordable,” says Executive Vice President and Provost Laurie Bernotsky. “While there are lots of schools fighting for that top 1% of students who can pay top dollar for a college education, we’ll proudly focus our attention on the remaining 99%.”

The fall 2022 semester also brings news that the University continues to hold an impressive graduation and retention rate. With its recent R2 designation by the Carnegie Classification of Institutions of Higher Education, the University now shares the distinction with other universities in the country that have “high research activity” in academic settings where teaching is the priority. New data from U.S. News and World Report’s College Rankings show that of the 128 R2 schools in the nation, West Chester University ranks 26 on its overall graduation and retention rates; this puts the University in the top-quarter of all R2 schools.

“At West Chester University, we are a teaching-centered institution,” stressed President Fiorentino. “We are not looking to change who we are. R2 institutions are teaching-centered schools with a strong research mission. That means that we are putting strong teachers who are also strong researchers into the classroom. That research allows faculty and students to collaborate and their collaboration leads directly to student success.”

*Headcount = An unduplicated headcount signifies that each student is counted one time under their primary major only.