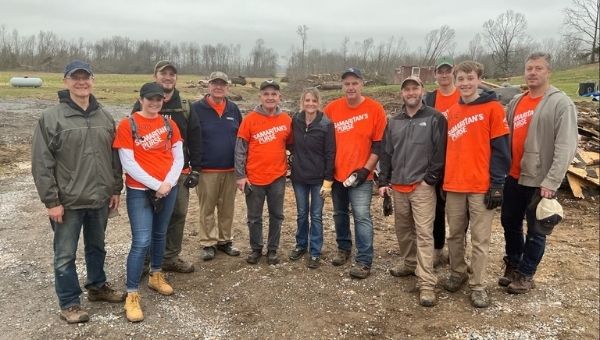 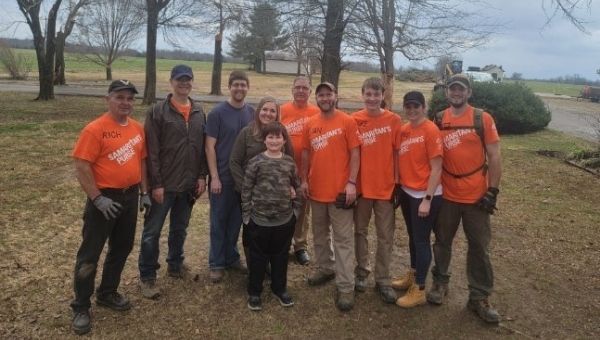 “It's hard to imagine the vastness of destruction from a tornado nearly a mile wide that traveled over 200 miles through four states until you have been driving for 45 minutes and there is no end in sight. The destruction and need for help is overwhelming.”

These are some of the thoughts that came to Brigid Gallagher ’12, WCU’s assistant director of alumni engagement, as she traveled over the holiday break to the tornado disaster zone in Mayfield, KY. She joined other members of East Brandywine Baptist Church in Downingtown, PA, in service as part of a larger effort organized by Samaritan’s Purse, a faith-based non-profit organization headquartered in North Carolina that responds to global crises with spiritual and physical aid. She and her fellow volunteers provided not only labor to assist those affected by the tornadoes, but also compassion and spiritual support.

“This opportunity has made this world a lot smaller for me and shown me what a tremendous impact can be made in such a short time when we step up to support our neighbors in need,” she noted.

This was Gallagher’s first time volunteering with Samaritan’s Purse and she plans to join the group for future service opportunities, in part because of the resilience and faith of those she helped, whose thankfulness, she said, “was poignant. We were among nearly 250 daily volunteers and when out in the community, the orange shirt was recognized with the sincerest gratitude from everyone we came in contact with.”

It was a close-knit group that made the service trip, which was organized by Dr. Gordon Eck. Accompanying him were his son, Matt, son-in-law, Ryan McLaughlin, grandson Jake McLaughlin, and Ryan’s father, WCU alumnus Rich McLaughlin ’72.

Along with Gallagher and others from her church, they removed debris from properties, “helped with the retrieval of personal items and demolition of fallen and damaged structures but the most important role was ministering to the homeowners,” Gallagher recounted. “Upon completion of each jobsite, the homeowners were presented with a Bible that had been signed by all the volunteers and what was referred to as ‘praying out.’ A member of our volunteer team would offer a prayer of protection and safety over the family and volunteers and thanksgiving for all that had been achieved. For me, this final act was the most impactful part of the entire experience.”

While this is the first time she’s spent her holiday break as a volunteer, Gallagher knows it won’t be her last. “It has impacted me in a way that I would like to personally commit to serving in this way for future holiday breaks and whenever time allows to serve neighbors in need.” 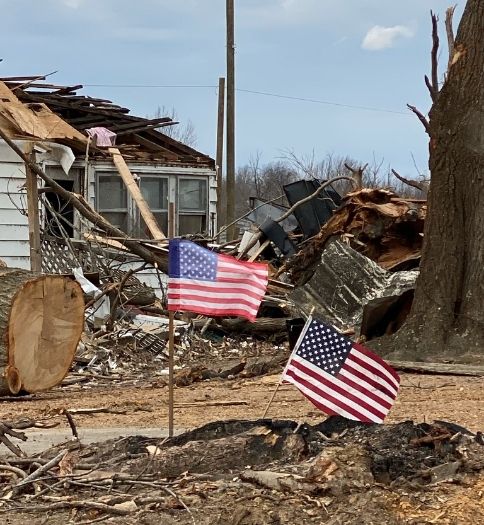