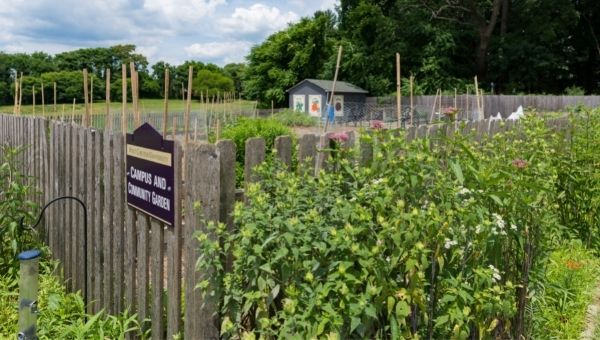 After WCU moved up to silver designation in 2020 under the Sustainability Tracking, Assessment & Rating System (STARS) of the Association for the Advancement of Sustainability in Higher Education (AASHE), it may not come as a surprise that the University continues to be part of two notable sustainability lists — both of which include institutions beyond the United States.

“We’re honored to be recognized again in both The Princeton Review Guide to Green Colleges: 2022 Edition and the Sierra Club’s Cool Schools ranking,” said Bradley J. Flamm, Director of WCU’s Office of Sustainability. “These programs help us share stories of the good sustainability work that students, faculty, and staff are doing at WCU. And it’s inspiring to read about the creative climate and sustainability initiatives our peers are undertaking at colleges and universities throughout North America.”

The Princeton Review’s researchers tallied Green Rating scores for 835 colleges this year. WCU is one of only 29 of Pennsylvania’s nearly 250 colleges and universities to have earned this honor. The list is not numerically ranked.
To maximize the efforts of campus staff who track and compile sustainability data, the Princeton Review and AASHE collaborate on their reporting processes for institutions that choose to participate in these sustainability assessments. A team effort by staff, faculty, and students from multiple areas, WCU’s most recent AASHE STARS report was submitted in early 2020 .

For its Cool Schools list, the Sierra Club also surveyed colleges and universities on sustainability and received completed surveys from 328 institutions.

West Chester scored 52.01 points, placing it at #227 among the Sierra Club’s most sustainable colleges and universities. Only 17 Pennsylvania universities were included.

Researchers for the Sierra Club noted, “…We've been tweaking our scoring system since the beginning, adding questions that encourage schools to divest from dirty energy and more heavily weighing energy-use questions. To earn points, schools must be making measurable progress toward using more renewable energy and supporting less fossil-fuel-reliant infrastructure.

“In the Cool Schools stories of yesteryear, we used to report on a lot of gardening clubs, recycling initiatives, and Earth Day parties. Fast-forward to 2021, and achieving carbon neutrality; divesting from fossil fuel companies; training students to work in regenerative agriculture, renewable energy, and sustainable transportation; and bringing in environmental-justice speakers and activists is practically de rigeur in academia.

”WCU’s investment in geo-exchange heating and cooling systems, building energy efficiency upgrades, acquisition of electric vehicles, and commitments to diversity, equity, and inclusion and civic engagement and social impact are notable initiatives that helped the university achieve these important rankings.