As West Chester University celebrates its 150th Anniversary, its brand has been energized and it is pure gold… The University unveiled its new “Find Your Element” rebrand today on www.wcupa.edu and across all social media platforms (i.e., Facebook, Twitter, LinkedIn, and Instagram) as the new messaging takes center stage throughout the region. The rebranding initiative is currently being featured on billboards, in print, and digital mobile fencing; streaming on Spotify; airing on Comcast; dominating 30th Street Station in Philadelphia; and appearing in numerous out-of-home channels.

“Working with the Philadelphia-based advertising agency of 160/90 and our University Communications and Marketing team, WCU has energized its brand in a way that prompts us to stand out and articulate what we are all about,” stated President Fiorentino and the senior leaders of the University’s executive Cabinet. “Know that our purple and gold continues to dominate, our beloved mascot Rammy still reigns, and our logo remains intact. It is our spirit that has been ignited. West Chester University’s refreshed brand helps us underscore our story, show the depths of our purple and gold passion, and communicate about ourselves to the world.”

When tested, the rebrand was approved overwhelmingly by more than 200 prospective and current students. The rebrand, which was presented to the University community on October 4, begins with a focus on Undergraduate Admissions and will spread to other areas of the University in impactful ways throughout 2022. The University’s visual identity will evolve in distinctive ways as it is incorporated in its Colleges, Schools, Graduate Admissions, Division of Student Affairs, Philadelphia Campus, and more.

Two years in the making, 160/90 began its journey with the University by interviewing more than 300 students, faculty, staff, alumni, parents, Council of Trustees, friends, and other critical constituents. The agency’s findings have since been transformed into a dynamic brand story that intentionally incorporates the University’s bright past and bold future into a refreshed look, feel, and tone. Energized by the University Communications and Marketing team, the rebrand captures WCU’s spirit in an environment that takes pride in promoting excellence and inclusivity, opening doors, and providing opportunities that may otherwise be inaccessible. 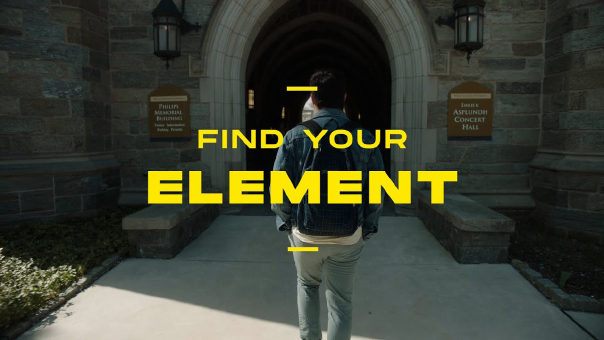 It is fitting that the University’s rebrand is rolled out during its sesquicentennial celebration; the University has been nurturing student success, inspiring minds, and forging new pathways since its founding in 1871.

“Renewed. Inspired. Optimistic,” stated President Fiorentino and the senior leaders of Cabinet in a recent communication. “It is our hope that the University’s refreshed brand resonates with our WCU family and that the next generation of Golden Rams will find their element with us on this very campus. Our time has come. This is our golden moment.”