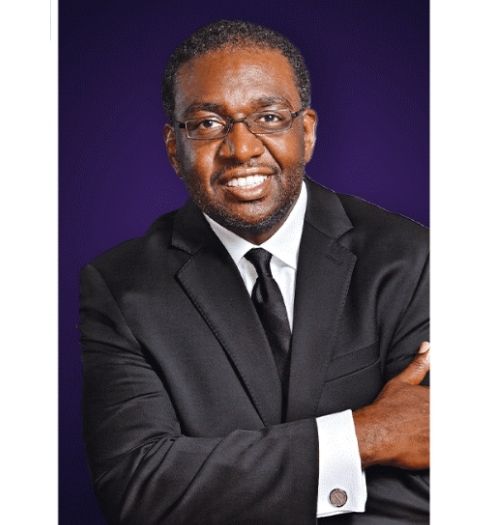 The lecture, which is free and open to the public, is hosted by WCU’s Frederick Douglass Institute and is made possible through the generous gift of Dr. Clifford E. DeBaptiste, the first African-American mayor of West Chester Borough and a recognized champion of education. Click here to RSVP online by October 5.

Croft is a distinguished pastor, writer, and scholar and the Jeremiah A. Wright, Sr., Associate Professor of Homiletics and Liturgics in African American Studies at the Lutheran Theological Seminary at Philadelphia.

Prior to leading St. Paul’s, Croft served the Church of the Redeemer Baptist in Philadelphia for 20 years. He is the founder of the Redeemer Renaissance Community Development Corporation, a life member of Kappa Alpha Psi Fraternity, Inc., and past president of the NAACP West Chester Branch.

Croft is also a prolific writer whose latest book, A History of the Black Baptist Church: I Don’t Feel No Ways Tired, was released in 2020. He also authored Unexpected Calls to Unexpected Places, Pretty Poison: Seven Deadly Sins and The Motif of Hope in African American Preaching During Slavery and Post-Civil War: There’s A Bright Side Somewhere. The African-American Pulpit Journal has published his sermons and he has contributed to the books From One Brother to Another: Voices of African-American Men, Volume 2 and Athens & Oxford Sermons, Volume 10. He has published these articles in the Past Master section of Preaching Magazine: “John Jasper: Preaching with Authority,” “E. K. Bailey: Expositor of the Word,” “Gardner C. Taylor: Poet Laureate and Dean of Preachers,” “Charles E. Booth: The Preacher’s Preacher,” and a book that chronicles his journey to serve as pastor of the St. Paul’s Baptist Church.

In June 2018, Croft was the morning lecturer at the Hampton University Ministers’ Conference, the largest gathering of interdenominational African-American clergy in the world. He has also served as dean of the Pennsylvania Eastern Keystone Baptist Association.

The goal of the University’s Dr. Clifford E. DeBaptiste Frederick Douglass Lecture is to maintain the legacy of the great abolitionist, orator, and statesman Frederick Douglass; serve as an educational and cultural resource for advancing multicultural studies across campus and community; and to deepen the intellectual heritage of Frederick Douglass, who was a frequent visitor to the West Chester area. Douglass gave his last public lecture on West Chester’s campus on February 1, 1895, just 19 days before his death.

About the Frederick Douglass Institute at West Chester University

The mission of WCU’s Frederick Douglass Institute is to maintain the legacy of Frederick Douglass before the campus community, local community, region, and the nation through the highest quality of academic programming that promotes excellence in scholarship, teaching, and institutional advancement. Consistent with its mission, and with the mission, vision, and values of the University, the Institute is an educational and cultural resource for advancing multicultural studies across the curriculum and for deepening the intellectual heritage of Frederick Douglass. Guided by the spirit of Douglass and his legacy, the Institute aims to create opportunities to build a better community for all of us to fulfill our destiny as human beings.

Through the leadership of WCU, there are Frederick Douglass Institutes at all 14 institutions in the Pennsylvania State System of Higher Education. They are collectively known as the FDI Collaborative.