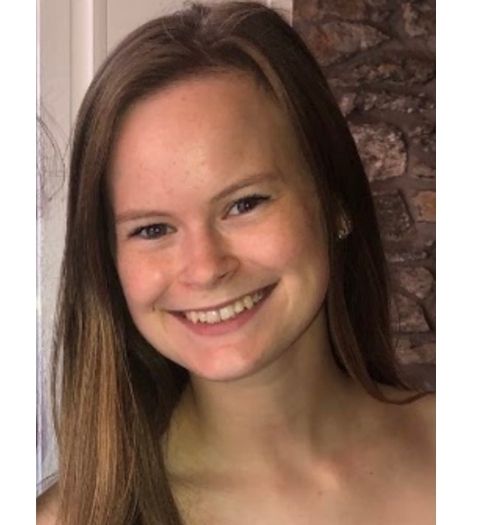 This time next year, Maeve King will be in Uruguay, South America, as a Fulbright English Teaching Assistant (ETA). King is a West Chester University triple major in Spanish, German, and political science (international relations concentration), with a minor in Latin American and Latino Studies.

The support of inspiring faculty is one reason King (Dunmore, PA) became a triple major and why she applied to the Fulbright English Teaching Assistantship program, she notes: “Dr. Linda Stevenson and Dr. Joseph Moser consistently helped me seek out opportunities to grow as a student and an individual in my community, provided guidance throughout all of my questions and concerns, and went out of their way on multiple occasions to help me succeed. I would not be where I am today without them.” Stevenson (a former Fulbright Scholar) is a WCU professor of political science and Moser an associate professor of German in the Foreign Languages Department.

King has never been to Latin America before but spent four weeks in the summer of 2018 in Vienna, Austria, through a WCU study abroad program led by Moser and studied in Seville, Spain, from January through May 2019. She earned her WCU degree in 2020.

ETAs are awarded by the U.S. Department of State and the J. William Fulbright Foreign Scholarship Board. Recipients of Fulbright awards are selected on the basis of academic and professional achievement, as well as their record of service and leadership potential in their respective fields. They are placed full-time in elementary schools, junior high schools, or high schools, usually assisting local English teachers, and work 35 hours per week, although only about 20 hours are actually spent in the classroom. All ETAs are also required to conduct a service project in the assigned host community during the grant period, making genuine contributions as they build interpersonal connections.

Due to COVID-19, this year’s assignments will be conducted from March 2022 through November 2022, which is a full academic year in Uruguay.

King plans to remain in the role she accepted this January, as housing program manager for the non-profit organization ACLAMO (Latin American Community Action of Montgomery County), until she leaves for Uruguay next March. “I actually committed to Syracuse University’s Master of International Relations program for the fall before hearing back about the Fulbright, so I deferred my admission and plan to start that program in Fall 2023.”

She says her ideal career is to work in foreign service with the State Department.

At WCU, King is a National Hispanic Honor Society (Sigma Delta Pi) inductee and a recipient of the Mary-Ann Reiss Foreign Studies Award (2018), the John Shea International Relations Award (2019), and the Braidotti-Lombardi Award for Excellence in Spanish (2020). She completed internships at Community Volunteers in Medicine, Abogados Law Office, and Upper Merion Middle School, and had the opportunity to present at WCU’s Latino Communities Conference. The article she co-authored with Stevenson, “Decolonizing Praxis: Migrant Community Educator and ESL Teacher as Allies in Local Struggles for Equity and Justice,” was published in the academic journal Transcontinental Human Trajectories in December.

Initially, King chose Spanish as her major not only because it came naturally to her in high school but also because her supportive teachers there “always pushed me to learn more and had a huge impact on my love for the language and culture.”

She added political science as a second major toward the end of her sophomore year. “The work the department faculty had done really resonated with me, particularly Dr. Stevenson's work in Latin American politics, and I immediately felt like I wanted to follow a similar path. It was easily one of the best decisions that I made during college.”

Language majors are required to take 12 credits of another language and King chose German “because it was so different from Spanish and I wanted to challenge myself with a totally new set of rules for grammar and pronunciation.” She first added it as a minor, then changed to a third major after studying abroad in Vienna with Moser’s program.

“I am so grateful for the amazing opportunities with which I have been presented, and I am thankful for all of the support, advice, and encouragement from the faculty of the Spanish, German, and Political Science departments at WCU.”

Lisa Drusedum, education abroad coordinator in WCU’s Center for International Programs and campus administrator for the Fulbright U.S. Student Program, guided King in completing the application and facilitated the process.

Drusedum is currently advising for the 2022-2023 grant cycle. Interested students should email studyabroad@wcupa.edu to set up a virtual appointment.

The Fulbright Program is the U.S. government’s flagship international educational exchange program and is designed to build lasting connections between the people of the United States and the people of other countries. In the United States, the Institute of International Education supports the implementation of the Fulbright U.S. Student Program on behalf of the U.S. Department of State.

The Fulbright Program was established in 1946 under legislation introduced by the late U.S. Senator J. William Fulbright of Arkansas and is funded through an annual appropriation made by the U.S. Congress to the U.S. Department of State. Participating governments and host institutions, corporations, and foundations around the world also provide direct and indirect support to the program, which operates in more than 160 countries worldwide. For more information, visit http://eca.state.gov/fulbright.