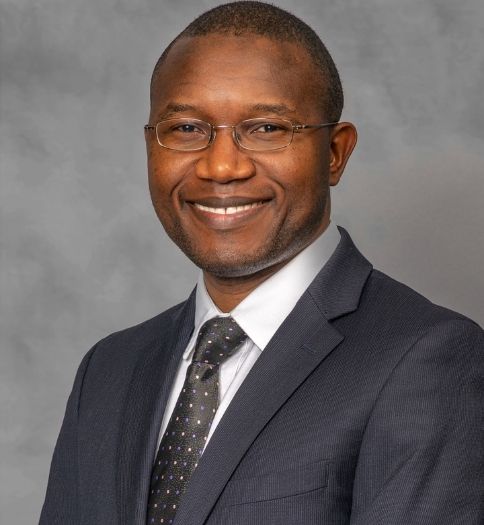 A self-professed proponent of international education, Charity Alinda M’15 will have the opportunity to “walk the talk” on a higher education program in Taiwan in 2022. He is one of the 12 U.S. higher education officials chosen for Fulbright’s International Educators Administrators (IEA) seminar.

Ugandan-born Alinda is assistant director of international programs in the University’s Global Engagement Office (GEO), where he had been the graduate assistant while he earned his MPA. After earning his bachelor’s degree in Uganda in 2009, he came to the United States as an international fellow with a New Jersey non-profit. He is currently completing WCU’s Doctor of Public Administration program.

Alinda considers his personal and professional mission to be “building intercultural bridges” and he has advanced that mission in his role with CIP, working with students from more than 40 countries each year. “I work closely with WCU students, faculty, and staff to support internationalization initiatives. The advising I provide for all WCU F-1 and J-1 visa students includes immigration, cultural adjustment, campus integration, and visa status benefits. I am also responsible for the development, coordination, and implementation of programs and services to enhance and enrich the educational and cultural experience of students and scholars at WCU.”

To that end, he established the University’s annual International Education Week, now in its fifth year. He designed CIP’s Global Ambassador Program through which former WCU study abroad participants serve as peer advisors. He advises both the undergraduate and graduate WCU International Student Associations. Alinda also serves on WCU’s Council on Diversity, Inclusion and Academic Excellence.

“This work has afforded me the ability to better understand the value of intercultural competence,” he notes.

Alinda says he has no prior experience with Taiwan or its culture save for the few Taiwanese students with whom he has worked. “Ever since high school, Taiwan has always fascinated me — not only because of its rather rapid economic growth, but also its higher standing in global education,” he says. “This program is a great opportunity for me as an international administrator to expand my personal and professional experience in this part of the world.”

While he makes professional connections and studies Taiwan’s higher education system, Alinda will also share “my knowledge and expertise in student and scholar immigration advising. I will be able to share how prospective students and/or visiting scholars from Taiwan would navigate the rather complex immigration system of the United States.

“In 2019, the University completed a self-study through the framework of the ACE Internationalization Lab through which WCU developed goals that would set the institution on a clear path to more comprehensive internationalization. My participation in the IEA Taiwan program will contribute to WCU’s intentional cultivation of global diversity and awareness.”

Once he completes the seminar in Taiwan, Alinda expects to share what he learned “and will be able to better support efforts to accomplish the goals established by the ACE self-study. What I will gain will contribute to the internationalization initiatives of the University and will bring WCU closer to its goal to become more comprehensively globally engaged.”

In addition, he noted that since WCU is part of the Pennsylvania State System of Higher Education, other institutions in the system could also benefit from his participation.

Fulbright’s International Education Administrators (IEA) awards are seminars designed to help U.S. international education professionals and senior higher education officials create empowering connections with their counterparts and higher education systems of other countries. Selected applicants have the opportunity to learn about the host country’s education system as well as establish networks of U.S. and international colleagues over the course of an intensive two-week grant duration. Awardees return with enhanced ability to serve and encourage international students and prospective study-abroad students.