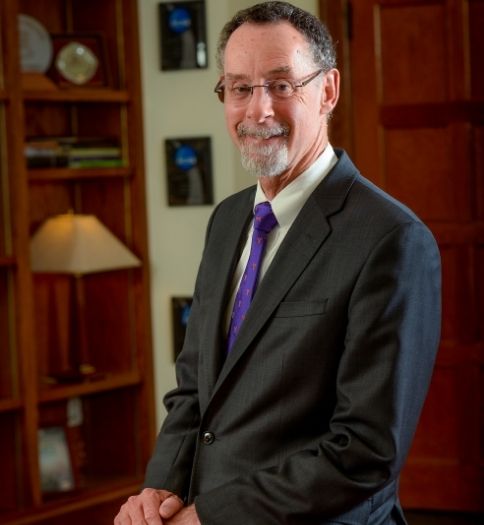 The publication recognizes President Fiorentino for the bold decision made in early March of 2020 to halt the return of students from spring break in an effort to protect the greater community from the initial spread of COVID-19 and to give faculty time to prepare to move all in-person classes to virtual modes. At the time, West Chester University was the first university in the region to make such a decision. Two weeks following the announcement, WCU faculty transformed their entire curriculum-delivery to help more than 17,700 students excel remotely through a range of virtual course instruction.

“I am most proud of the collaborative way that our faculty, staff, and students have rallied together to tackle our nation’s pandemic and to help those in our surrounding communities,” said President Fiorentino, who was also recognized for sticking to the decision for the fall and spring semesters when virus outbreaks were forecast to spike nationwide. “I am humbled by this recognition, which truly represents the unyielding work of our entire educational community and salutes efforts to continue to come together in creative ways that benefit all of our students.”

Known as a transformational leader who embraces challenges, President Fiorentino oversees the largest of the 14 universities within the Pennsylvania State System of Higher Education. The University has seen tremendous and consistent undergraduate and graduate enrollment growth under his leadership.

Committed to cultivating a culture that is dedicated to student success at every level of the institution, President Fiorentino has instilled a spirit of innovation and ownership that is empowering faculty, staff, and students. His support has led to new programming for first-generation college students; the placement of student success coordinators in each of the University’s six colleges and two schools; a mandatory, four-credit First-Year Experience course for all first-year students to make self-discoveries and expand perspectives; the development of co-curricular transcripts to go hand-in-hand with students’ academic transcripts; the strengthening of diversity core course requirements for all students to graduate; the creation of a pilot program to support Black male students in an effort to address our nation’s equity gap in colleges; the founding of a Resource Pantry to assist students who have significant need; the founding of a first-of-its-kind on-campus convenience store to provide workplace training for students on the autism spectrum to practice/master social and professional skills; and more.

As WCU prepares to celebrate its 150th anniversary in 2021, President Fiorentino is building the institution’s infrastructure for the next generation of students. Currently, he is overseeing the construction of the largest building within the 14-institution Pennsylvania State System of Higher Education — the 175,000 square-foot Sciences & Engineering Center and the Commons (SECC). Prior to the SECC, he oversaw the construction of the 96,090 square-foot College of Business & Public Management. Over the past decade, WCU has invested more than $250 million in new facilities, including academic buildings, residence halls, recreational facilities, and a nationally-recognized geothermal heating and cooling system.

Christopher Fiorentino was selected as president of West Chester University on January 5, 2017 by the State System’s Board of Governors.  Prior to being named president, he held the position of interim president at the University since April of 2016, following the retirement of former president Greg R. Weisenstein. Before assuming the role of interim president, he served as vice president for external operations since 2013. He previously spent nearly 20 years as dean of WCU’s College of Business and Public Affairs, having arrived at the University in 1983 as an assistant professor of economics. His tenure within the Department of Economics included four years as chair. President Fiorentino earned his baccalaureate, master’s, and Ph.D. degrees in economics from Temple University.