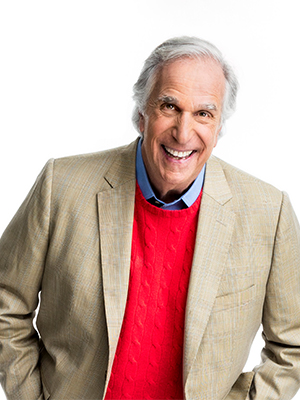 Hamilton cast members, a Disney artist, and an NBC America’s Got Talent mentalist will headline an interactive series of live virtual events as part of West Chester University’s 38th Annual Presidential Scholarship Community Gala. WCU’s 2021: G.A.L.A. will transform from one great night out to an inclusive spring benefit focus on the G.A.L.A.’s true meaning – to Give. to Advance. to Lead. to Achieve. Designed to provide financial assistance to students who have demonstrated a commitment to academic excellence, the Presidential Scholarship is funded entirely by private donations. Virtual events begin on Monday, February 15, 2021, and are priced between $50 and $150 per login. Purchase a virtual ticket for log-in access online at http://go.wcufoundation.org/events/gala. For more information, contact the Events Office at events@wcufoundation.org.

Each year, the Gala draws more than 300 members of the community to an event that is dedicated to the continued academic success of West Chester University students. Since the Gala’s inception in 1983, the popular benefit has raised more than $1.2 million dollars for West Chester University students through a renewable, four-year Presidential Scholarship.

This year, the 2021: G.A.L.A. will offer six live virtual events over nine weeks, kicking off on President’s Day, February 15, with behind-the-scenes stories and two vocal performances shared by cast members from the San Francisco production of Broadway’s hit show Hamilton. Other highlights include Cartooning with a Disney Artist on February 27 and WCU’s first-ever Charter Day of Giving, to be celebrated on Wednesday, March 10. Kaplans Fine Jewelry will provide a unique diamond raffle. For an intimate experience and to promote audience interaction, virtual audiences for the above programs will be capped. 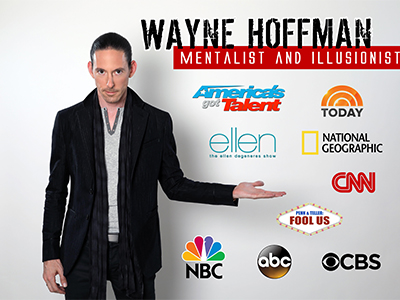 On Saturday, April 17, at 8:00 PM ET, West Chester University President Christopher Fiorentino and Susan Fiorentino will host an evening with actor, director, producer, and best-selling author Henry Winkler. Mr. Winkler has enjoyed over four decades of success in Hollywood and will share his humorous anecdotes as well as inspirational life lessons about overcoming adversity to achieve his storied career in television and entertainment.

“The anticipation of the Presidential Gala is always exciting” share James P. Shinehouse ’80 and Patricia Shinehouse, 2021: G.A.L.A. Steering Committee co-chairs. “Like so many other things, this year’s event will be different, yet the true purpose remains unchanged – sharing our resources with those students who need a boost to help maximize their opportunity for a WCU education. While other sources may be limited for these deserving students, let’s excel at giving and sharing our ‘universe’ of compassion, and let’s have fun doing so. Pat and I are honored to host this first-ever, and hopefully only, virtual 2021: G.A.L.A.”

Multi-award winning performer Wayne Hoffman is recognized as one of the top mentalists in the world. He currently tours the globe with his stage show Mind Candy, his motivational keynote, The Power and Potential of The Human Mind, and presents his award-winning virtual show Distant Deceptions. He is also the author of the best-selling motivational book, Mind Candy.

Wayne’s passion for the mysterious was sparked at a young age and lead him to study the art of magic. Later, through extensive self-studies in sociology, psychology, and human behavior, Wayne was able to develop the foundation of his skills today. He now travels the world performing and speaking for exclusive events, theaters, television, casinos, universities, and top corporations. Wayne’s show is a high-energy presentation that combines mind-reading and visual magic that will amaze you. The audience experiences seemingly supernatural phenomena in a fun and upbeat way.

Henry Winkler has enjoyed over four decades of success in Hollywood and continues to be in demand as an Emmy award-winning actor, producer, director, and best-selling author.

After graduating from the Yale School of Drama in 1973, Winkler was cast as Arthur Fonazarelli in the TV series Happy Days. His work on the show earned him two Golden Globe Awards, three Emmy Award nominations, and a star on the Hollywood Walk of Fame.

In recent years, Winkler has appeared in a number of series including the hit HBO dark comedy, Barry.

Winkler is also a New York Times best-selling author whose books were inspired by his struggle throughout his education due to his learning challenges. To date, he and his co-author, Lin Oliver, have written 35 children’s novels.

Winkler has always believed in helping others and is especially passionate about children. He has been a featured speaker at WE Day Celebrations promoting education and service for students. His work also includes Honorary Chairman of United Friends of the Children; Founding Member of the Children’s Action Network; the first National Honorary Chairman of the Epilepsy Foundation of America; National Chairman of the annual Toys for Tots campaign; the National Committee for Arts for the Handicapped; the Special Olympics; and the Los Angeles Music Center’s Very Special Arts Festival for children who are physically challenged; as well as participating in numerous teenage alcohol and drug abuse programs.

Enrolling more than 17,700 students, West Chester University is the largest member of the 14-institution Pennsylvania State System of Higher Education. Founded in 1871, the University is a comprehensive public institution, offering a diverse range of more than 200 undergraduate, master’s, and doctoral programs in more than 50 fields of study. In addition to the main campus in West Chester, the University offers programs through its graduate center, the campus in Philadelphia, and online. Six colleges and two schools comprise the University: University College, Colleges of Arts and Humanities, Business and Public Management, Education and Social Work, Health Sciences, and the Sciences and Mathematics, as well as the Wells School of Music, and the Graduate School.