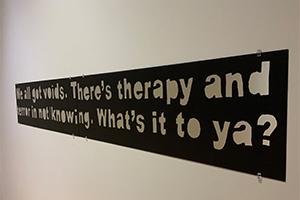 West Chester University’s Department of Art + Design will host a new, public, live exhibit in Knauer Gallery beginning November 16. The exhibit, “Evident Truth,” is a social commentary on the current political climate and features the work of four Philadelphia artists - Gerald Brown, Justin Rothshank, Isaac Scott, and West Chester University’s own Andrew Snyder.  The exhibit runs through January 4 in the Knauer Gallery, Swope Music Building and Performing Arts Center, 817 S. High Street, West Chester. Open to the public by appointment only on Mondays, Tuesday and Wednesdays from 9 a.m. – 3 p.m., please email Laurie Moran at lmoran@wcupa.edu for an appointment. An artists’ reception via Zoom will take place tomorrow, Wednesday, November 18, at 6 p.m. The meeting ID is 958.6113.6403 and the passcode is “Truth.” 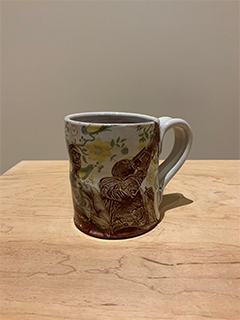 “Evident Truth” explores the four artists’ responses to the current civil climate in the United States. 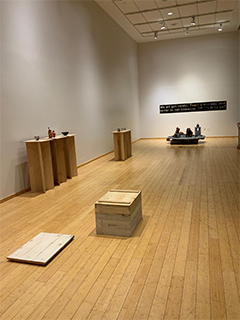 Andrew Snyder, association professor of Art at West Chester University says, “When we consider the words of our U.S. Constitution, that all men are created equal, we question as Americans and as artists, through the work on display, whether we are upholding these most basic philosophies established by our founding fathers. It’s no secret that we are in a current climate of great political unrest."

Gerald A. Brown is based in Philadelphia, PA, and received her BFA from Syracuse University, double emphasis in Sculpture and Ceramics. She has researched in Paris and furthered her studies at Penland and Haystack Mountain School of Craft.  In Philly, Gerald is a current member of the art collective Vox Populi, curating shows and special programming. In addition, she is a teaching artist assistant with The Clay Studio’s Clay Mobile outreach program, one of the Board of Directors at Watershed Center for Ceramic Arts, and co-founder of the Clay Siblings’ Project, a non-profit initiative providing free ceramic workshops around the country.

Justin Rothshank’s ceramic work has been exhibited and published nationally and internationally, including articles in Ceramics Monthly, American Craft, Studio Potter, The Log Book, and Neue Keramik. He has been a presenter, panelist, visiting artist, and artist-in-residence at numerous universities, schools, conferences, and art centers throughout the United States and abroad. His functional and decorative ceramic ware is available for purchase in more than two dozen galleries and gift shops around the country. Justin was presented with a 2017 Individual Advancement Grant from the Indiana State Arts Council, and Award of Excellence by the American Craft Council in February 2009. In 2007, he was recognized by Ceramics Monthly Magazine as an Emerging Artist. He has also been awarded an Alcoa Foundation Leadership Grant for Arts Managers, a 2007 Work of Art Award from Greater Pittsburgh Arts Council, the 2005 Decade of Servant Leadership Award from Goshen College, and was named to Pittsburgh Magazine’s 40 under 40 in 2005. 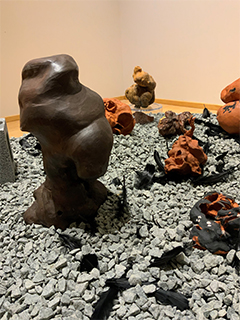 Isaac Scott is a ceramic artist, curator, and photographer from Madison, WI who is currently living in Philadelphia, PA. His ceramic work has been exhibited around the country including The Clay Studio in Philadelphia and at the 20219 National Conference for Education in the Ceramic Arts in Minneapolis. Isaac’s photographs of the 2020 Uprising in Philadelphia were featured in the New Yorker magazine. In August of 2020 Isaac completed his first mural alongside collaborators Gerald A. Brown and Roberto Lugo. The Stay Golden mural is located at 33rd and W Diamond St. in Philadelphia, PA.