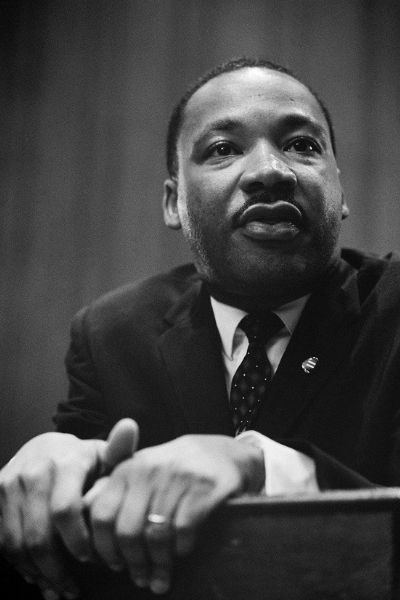 For the first time in its 28-year history, West Chester University’s annual Martin Luther King, Jr., celebration will be virtual due to the pandemic. On Friday, Jan. 29, the online ceremony will be offered free to the public as well as to campus constituents, beginning at 10 a.m. The date was chosen to accommodate students, faculty, and staff as the spring semester begins on Jan. 25. Register for the event here.  Learn more about the MLK Celebration here.

The event celebrates Dr. King’s life and legacy through images, spoken word, and music with the WCU Gospel Choir, and honors WCU alumni whose professional lives and vocational activities align closely with Dr. King’s mission. This year, there are two Drum Major for Justice honorees: Courtland Bragg ’14 and Deidre Gray ’92 (see bios below).

One of the benefits of a virtual event is that more people than in previous years can join the event online to celebrate the legacy of Dr. King.

The annual Dr. Martin Luther King, Jr., Brunch, hosted by the University and the Society (formerly the Frederick Douglass Society), has been a sell-out fundraiser for scholarships for the past 27 years. Without a live event this year, in lieu of ticket sales, donations are being accepted for the scholarships at this secure website. The cut-off date for donations is Monday, March 1, 2021.

Notes WCU President Christopher Fiorentino, “One of the things I find most remarkable about Dr. King is that whether he was faced with a small act of evil or a great injustice, he did not become bitter, he simply became more resolute. … He continued to speak out against inequality until the day he died, felled by an assassin’s bullet.”

Courtland Bragg started as an intern at NFL Films and worked his way up to seasonal employee before being hired full-time. Now a two-time Emmy Award-winning associate producer, independent filmmaker, and public speaker, he is living his dream of reaching millions of fans through the art of storytelling.

He earned his first Emmy for the production of HBO's Hard Knocks with the Houston Texans. Aside from producing enterprise football stories, Bragg inspires others as an internship coordinator with NFL Films; through his passion project "Stories to Bragg About" (STBA), a digital anthology series of interviews; and by mentoring youth.

Bragg volunteers as co-chair of NFL Films’ Black Engagement Network, working with senior executives to build equity in the workplace. His advocacy has helped the NFL shift its focus to creating a more even playing field for minorities while focusing on the acquisition, retention, and promotion of employees of color. In this role, he spearheaded the inaugural NFL Films’ National High School Film Festival, which donated an honorarium for the winning school’s video production program and expanded opportunities for students.

He is also the youngest member of the NFL’s Diversity, Equity, and Inclusion (DEI) Committee and the youngest African-American male to be recognized with The Athletic’s NFL 40 Under 40.

Bragg dedicates time serving as an inspirational speaker for high school and college students, sharing what it takes to break into the field of broadcasting, overcome depression, and find one’s purpose. His story has helped young adults around the country navigate their personal, educational, and professional journeys. He also speaks with and mentors students interested in exploring careers in film and television. 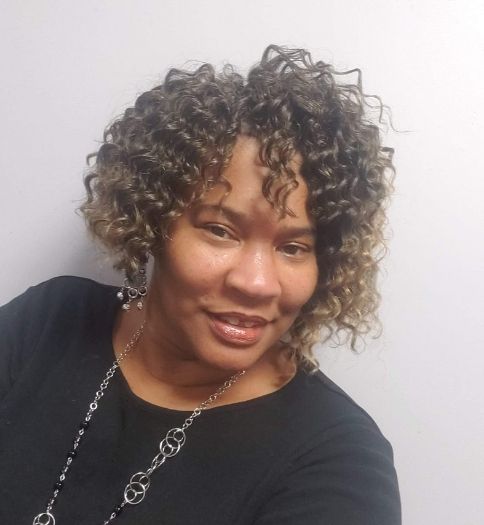 Since 2013, Deidre Gray has volunteered with the University in multiple capacities. She is currently simultaneously serving on the WCU Alumni Foundation Scholarship Selection Committee, is chapter liaison for the Alumni Association Board of Directors, and president of the Black Alumni Chapter (BAC).

As president of the BAC, Gray increased alumni engagement and enhanced programming and involvement. Under her leadership, these new initiatives were established: a new BAC Legacy Recognition program; a BAC Scholarship program for undergraduate students; and the BAC Mentoring program. More than 45 students who have successfully matriculated at or graduated from WCU were positively influenced through the BAC mentoring program and more than $6,200 in scholarships and book awards have benefited deserving African American and LatinX students. Gray has also led efforts for creating final exam care packages.

Because of her active leadership and role modeling, Gray has delivered the alumni keynote address at seven Kente Commencement Ceremonies and was invited to facilitate a 2018 training for peer mentors employed by the Dowdy Multicultural Center.

Gray became a member of the Philadelphia Section of the National Council of Negro Women, Inc. (NCNW) in 2018, serving as program chair for the 2019 Founder’s Day Luncheon, which inspired her to establish a Delaware Valley Section of the organization. There, she led the charge in creating an organizing committee, of which she serves as acting second vice president and membership chair. The Delaware Valley PA Section of NCNW officially received its charter this August.

Gray showcases her entrepreneurial spirit as President and CEO of Always A Positive Image Wedding and Event Planning, LLC, since 2004. Her business has been recognized by The Knot (Philadelphia Best of Weddings), Wedding Wire (Bride’s Choice Award), and on Philly’s Hotlist List for Best Wedding Planner.