EVENT CANCELED: The health and safety of our community guides all of our decisions. As such, West Chester University has been actively monitoring the rapid movement across the globe of the coronavirus, as well as updated travel warnings issued by the U.S. Department of State. Following the CDC’s public health guidance, the University is taking proactive measures to minimize crowds by canceling events that will draw large audiences. Please know that the University did not make this decision lightly. We ask for your understanding as we continue to respond to this fluid public health concern while working in the best interest of all those in our community. 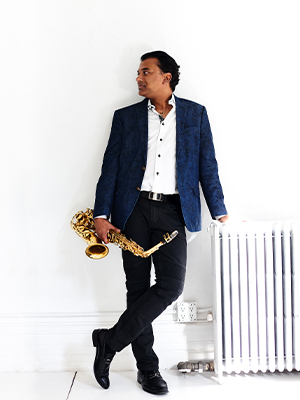 The Wells School of Music at West Chester University gears-up to once again bring world-class entertainment and free live jazz to the surrounding community at the 30th Annual Jazz Festival.  From March 18 – 21, students and audiences of all ages are invited to events staged in the Madeleine Wing Adler Theatre, Swope Music Building and Performing Arts Center, 817 S. High Street, West Chester. Events Wednesday through Friday are FREE and open to the public, and FREE parking is offered outside of the Swope Music Building. Saturday’s high school showcase requires a $12 ticket available for purchase at www.wcupatix.com/schoolofmusic.

Marc Jacoby is the Director of Jazz Studies at West Chester University and the curator for the 2019 Jazz Festival. Jacoby says, “West Chester University has enjoyed a long history and commitment to great jazz programming. Our own faculty jazz group, as well as our beloved student jazz ensemble, the Criterions, are among the many points of pride for the Wells School of Music. As well, our annual Jazz Festival, now in its 30th year, invites members of the community onto our campus to enjoy some of the finest jazz artists from our region and beyond, programmed in our top-notch facilities, for FREE. We want the community to take full advantage of these offerings, and to share in our excitement for this fantastic programming.”

Wednesday, March 18 at 12 p.m. – Dave Allen Group - Guitarist and Composer Dave Allen was first recognized by Guitar Player Magazine as a talent to watch at 16 years old. He has been praised by critics as "An exciting and unique player in the mold of Pat Metheny, Ben Monder and Adam Rogers. Monster chops, harmonic resourcefulness, strong melodic sense, considerable compositional talent ". (Lyle Robinson of Jazz Guitar Life) Born in Philadelphia, Allen began performing and composing at the age of 15. He moved to New York City to attend the Manhattan School of Music. Over the next twenty years Allen performed with many of the most respected musicians in jazz today. He has released three critically acclaimed recordings and has been written about in the New York Times, Downbeat Magazine and Jazz Times Magazine. He has toured with his own projects and as a sideman throughout the U.S., Europe and Asia. Allen has two critically acclaimed CDs featuring his original compositions; "Untold Stories" and "Real and Imagined" 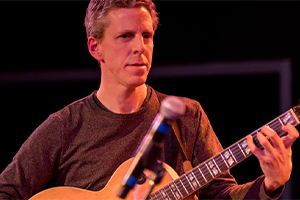 Thursday, March 19 at 12 p.m. – Steve Rudolph Quartet performs at West Chester with Tom Strohman (woodwinds), Hassan Shakur (bass), and Larry Marshall (drums.) Rudolph studied trumpet and composition at Butler University, turning to the piano at age 22. He moved to Harrisburg, PA in 1978, and is largely responsible for the growth of the jazz scene in Central PA. Steve Rudolph has served as producer, arranger and performer on many recordings, with eleven acclaimed CDs to his name. He has toured extensively in the U.S. and abroad. Currently a Yamaha Keyboard Artist, he is in demand as a clinician and performer. More details at www.steverudolph.com. 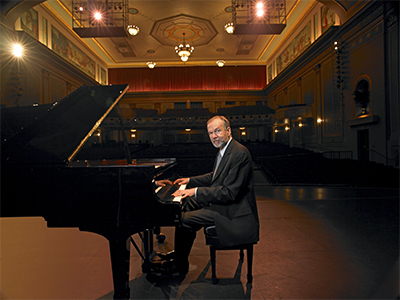 Thursday, March 19 at 8 p.m. – Rudresh Mahanthappa’s Hero Trio has been hailed by Pitchfork as "jaw-dropping, one of the finest saxophonists going.” Alto saxophonist, composer and educator Rudresh Mahanthappa is widely known as one of the premier voices in jazz of the 21st century. He has over a dozen albums to his credit, including the acclaimed Bird Calls, which topped many critics' best-of-year lists for 2015. Rudresh has been named alto saxophonist of the year for six of seven years running in Downbeat Magazine’s International Critics’ Polls (2011-2013, 2015-2017), and for five consecutive years by the Jazz Journalists' Association (2009-2013) and again in 2016. He won alto saxophonist of the year in the 2016 JazzTimes Magazine Critics' Poll and was named the Village Voice's "Best Jazz Artist" in 2015. He has also received the Guggenheim Fellowship and the Doris Duke Performing Artist Award, among other honors, and is currently the Anthony H. P. Lee '79 Director of Jazz at Princeton University.

Friday, March 20 at 12 p.m. – Master Class with Michael Mossman - Mossman is Director of Jazz Studies at the Aaron Copland School of Music at Queens College/CUNY and is also on the faculty of the Juilliard School in New York City. His early career included a tour of Europe with Anthony Braxton in 1978 and tours with Roscoe Mitchell in the early 1980s. He also did session work in the 1980s for Styx among others. He played with Lionel Hampton, Art Blakey's Jazz Messengers, and Machito before joining the Blue Note Records ensemble Out of the Blue in 1985. Mossman received a Grammy nomination in 2013 for Best Instrumental Arrangement for his "Afro-Cuban Jazz Suite for Ellington.” His work with Academy Award-winning director Fernando Trueba includes scoring music for the Academy Award nominated (2012) film Chico and Rita. Mossman has been a guest performer, arranger, and conductor with radio orchestras in Germany. He has conducted the Bilbao Orkesta Sinfonica in Spain in a program of his own works. He arranged and conducted "Mambo Nights" with Arturo Sandoval and "Missa Afro-Cubana" with the WDR Bigband of Cologne and Spirits Dancing with David Sanborn with the HR Bigband of Frankfurt (2009). "Latin Jazz Latino" with Joe Gallardo was recorded by the NDR Bigband of Hamburg and released by Skip Records (2006). His ballet Beneath the Mask was performed at Harris Theater in Chicago by Jon Faddis and the Chicago Jazz Ensemble and the Deeply Rooted Dance Company in 2006. His arrangement of Faddis' "Teranga" was performed by the Philadelphia Orchestra at Kimmel Center in 2006. His arrangement of Paquito D'Rivera's "I Remember Diz" was performed by the Louisiana Philharmonic in 2010. He has arranged for the Tri-City Symphony of Davenport, Iowa (2011). His "Latin Tinge" was performed at Kennedy Center in Washington, D.C with Paquito D'Rivera and the Quartet Indigo string quartet in 2010.

Friday, March 20 at 7:30 p.m. –WCU’s Acclaimed Criterions Jazz Ensemble with Michael Mossman - The Criterions is the longest running University jazz band in the country. Originating in the 1920s, they were a student-led ballroom dance band, and provided entertainment for University dances, proms and post-Friday night games. As times changed, the “Crites” became a faculty-led Jazz Ensemble by the early 1980s when the School of Music began Jazz curricula. They are known for their mastery of American popular songs and jazz standards from the early 20th century. They will perform in concert with trumpeter Michael Mossman. 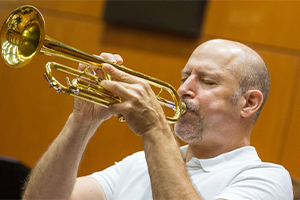 Saturday, March 21 from 10 a.m. – 6 p.m. – High School Jazz Ensemble Showcase (Tickets Required) - Some of the finest jazz ensembles from high schools around the region will perform in half-hour sets, receiving feedback and working with WCU faculty. Tickets are $12/$7 students at www.wcupatix.com/schoolofmusic.

West Chester University’s Wells School of Music offers students an outstanding opportunity in concentrated performance and musicianship through its educational centerpiece — the Applied Music Department. The School’s superior performance and practice venues include 22 new Steinways, Skinner organ, tech lab, Roland piano lab, and more. Students study with renowned faculty who have dual careers as dedicated educators and professional musicians. Faculty provide private lessons for all music students and are the directors for numerous student ensembles. The School supports a wide variety of performance degrees, including a Bachelor of Music in Performance, as well as a Master of Music in Performance. Graduates pursue successful careers at major institutions and teach music education at home and abroad.