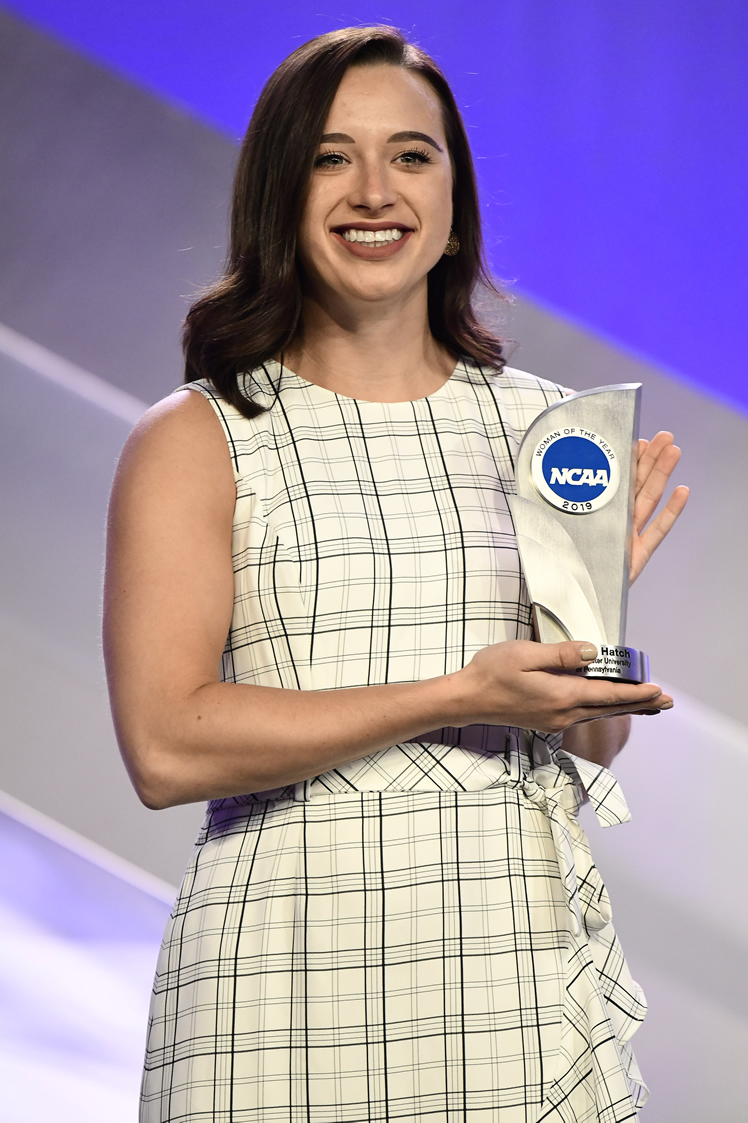 Former Golden Rams field hockey standout Kaitlin Hatch ’19 is one of the Top 30 honorees -- from an initial pool of 585 nominees, a program record -- for the 2019 NCAA Woman of the Year Award. Nominees have each demonstrated excellence in academics, athletics, community service, and leadership.

She earned her bachelor of science in marketing and a minor in economics in May 2019. As a senior, she served as president of the Student-Athlete Advisory Committee (SAAC). She was involved in Women In Business, Bringing Hope Home, and volunteered as an art mentor for children with adverse childhood experiences. She is also a 2019 recipient of the WCU 1871 Award.

Hatch joined the other Top 30 honorees (10 from each of the three NCAA divisions) at the Woman of the Year ceremonies in Indianapolis in late October. Each was asked to pen a “letter” to their sport, which was posted online. Here are excerpts from Hatch’s letter:

I’d be lying if I said our relationship over the past 12 years was easy. I’ve hated you, I’ve wanted to leave you, I’ve wanted to never pick up a field hockey stick again. I invested and sacrificed so much of my life for you and you made me jump over high hurdles and climb tall mountains.

You’ve let me down, but you also made me persevere. And that has made all the difference. …

Thank you for sticking with me all these years. For being patient with my frustration and finding ways to shimmer glimpses of silver linings when I needed it most. For teaching me lessons I didn’t know I needed to be taught. The best way I know to repay you is to continue to share our story.”

Hatch is now an SEO associate at Seer Interactive in Sewell, NJ.

Angela Mercurio, a former Nebraska triple jumper, was selected the 2019 NCAA Woman of the Year.