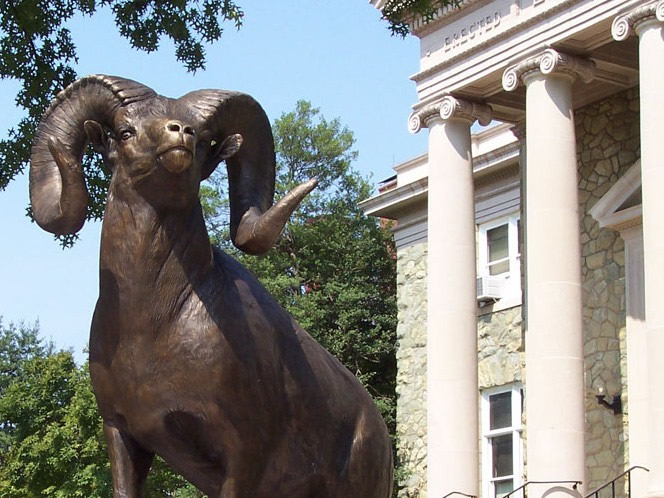 The RAM Initiative is a pilot that was designed two years ago to be a small, certificate-of-completion test-program funded via a one-year-at-a-time grant to provide a full college immersion experience for one to two non-degree seeking students per year who have intellectual disabilities. The University currently has three students participating in the program; two students were admitted in 2018 and one student was admitted in 2019. The three students continue to excel in the program and the University is proud of the students’ efforts to pursue a certificate of completion; two students will receive their certificate in May 2020 and the third student is expected to receive a certificate in May 2021. Now at the conclusion of the pilot, the University intends to move the successful test-pilot program to an official program with the assistance of the community.

With a swell of internal and external support for the RAM Initiative pilot, the University feels confident that it will be able to raise the money necessary to support the pilot program through a combination of philanthropy and grant acquisition. While the pilot was supported by multiple volunteers who donated numerous hours of time, the program’s direct and indirect costs will increase to approximately $100,000 each year to support the staffing and operating costs necessary to sustain the RAM Initiative as part of a growing list of programs promoting inclusive excellence at West Chester University.

“We are grateful for the funding from the Pennsylvania Inclusive Higher Education Forum and the United States Department of Education Transition and Post-Secondary Program for Students with Intellectual Disabilities grant, which have supported the pilot during its initial two years,” said Deputy Provost Jeffery Osgood. “The University, however, must ensure it has appropriately planned for the program’s continuation with or without such generous support.”

To help with the planning for the program’s long-term sustainability, the WCU Foundation has established a RAM Initiative fund for restricted use of this program only. Community members may contribute to the RAM Initiative by navigating directly to the Foundation’s webpage: https://www.wcufoundation.org/university-college.

Committed to fulfilling its obligations to the three current RAM Initiative students and not ending the test-pilot program at the conclusion of the grant, the University had previously put a hold on new RAM Initiative admissions until it could determine how to secure the necessary funding each year to run the program for three new students, and to build reserves for those years when grants might not be available.

“West Chester University is known for providing an education to those who wish to work hard, and we will always be at the forefront of fulfilling this access mission,” said Dean of WCU’s University College Tabetha Adkins. “WCU actively finds ways for our students to be successful. Coming together with those in our community is a win-win for our students and the longevity of this critical program that means so much to all of us.”