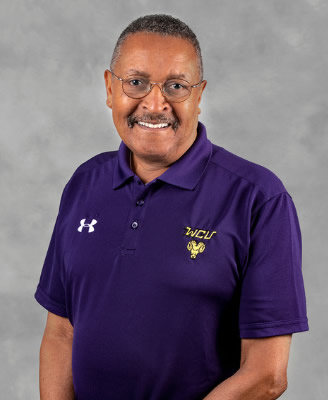 As a Homecoming weekend highlight, West Chester University will celebrate a living legend in the sport of diving and the first African-American head coach of the University’s men’s and women’s diving teams — Ronn Jenkins ’65, Ed.D. Alumni and friends will gather at WCU’s Hollinger Fieldhouse, 150 University Avenue in West Chester, on Saturday, October 26, at 9 a.m. to formally cut the ribbon and officially name the “Dr. Ronn Jenkins Diving & Aquatics Center.” Joining Jenkins as he cuts the ribbon to the center will be WCU President Christopher Fiorentino, Chair of the Board of Directors of Student Services Incorporated (SSI) Bernie Carrozza’66, Vice President for Student Affairs Zebulun Davenport, and other leaders. State House Representative Dan K. Williams (74th Legislative District) will also be on-hand to present a special citation in honor of the trailblazer’s dedication and service to the Commonwealth of Pennsylvania and to West Chester University.

The renovated diving and aquatics center is made possible in part due to a generous lead gift from Student Services, Incorporated (SSI) in the amount of $350,000, as well as Anne Saris Stevenson, Ph.D., Mr. and Mrs. Steven Rutherford, and many other donors. Recognizing the importance of renovating the pool area to serve generations of WCU divers, the SSI Board of Directors was excited to invest in recognizing Jenkin’s long-time service to the University, as well as its student athletes.

Graduating from West Chester University in 1965 with a Bachelor of Science in Health and Kinesiology, he earned his Master’s Degree in Counseling from Bucknell University in 1971 while coaching its diving team, and his Doctoral Degree in Education from the University of Pennsylvania in 1981.

“Dr. Jenkins has set an example for all of us to follow, including the next generation of student athletes,” said President Fiorentino. “His willingness to make a difference in students’ lives is testament to his character and generosity. Thanks to this transformative gift from SSI and the support of other donors, including the Jenkins family, we will be able to offer new opportunities to our student athletes for a number of years to come.”