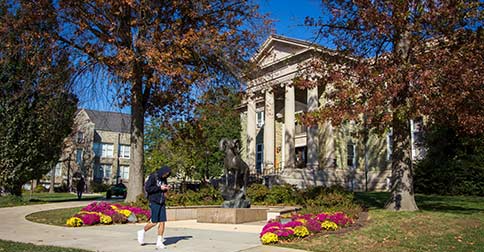 Climbing more than 30 spots from its position last year, West Chester University is ranked at #418 on Forbes’ 2019 ranking of Top Colleges in the country. Noted the Forbes editors, “We include just 15% of the 4,300 degree-granting postsecondary institutions in the U.S., so appearing here at all is an indication that a school meets a high standard.”

West Chester also rose in Forbes’ rankings for Public Colleges, to #141 versus #155 last year, and in top colleges in the Northeast, coming in at #163, five spots higher than last year.

For the past 12 years, Forbes has annually reviewed the nation’s undergraduate institutions, culling the top 650 that deliver the top academics, best experiences, career success, and lowest debt. This year, the researchers changed some of their methodology and data sources “to better align this list with what Forbes values most: entrepreneurship, success, impact, and the consumer.”

Rankings are based on five general categories: alumni salary (20%), student satisfaction (20%), debt (20%), American Leaders (15%; based on Forbes’ database of successful people, including billionaires, powerful women, 30 Under 30 honorees, leaders in public service and in private enterprise, and more), both four- and six-year on-time graduation rate (12.5%), and academic success (12.5%).