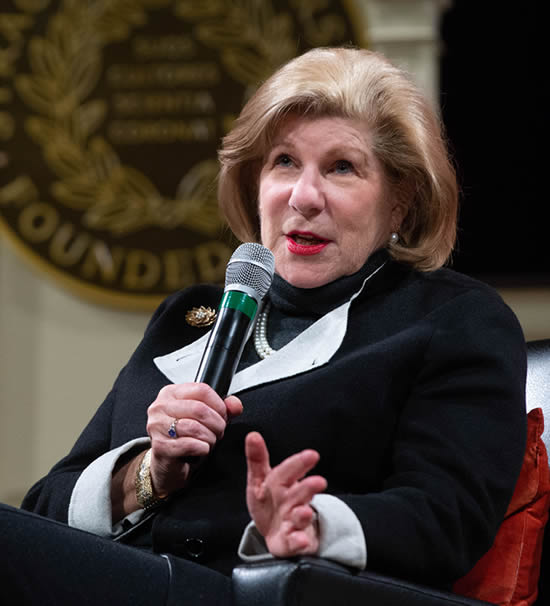 As an award-winning legal affairs correspondent for over 40 years, Totenberg shares her seasoned reflections on the Supreme Court and provides audiences insight into today’s judicial headlines. In-depth and wildly thought-provoking, Totenberg’s deep experience and nuanced perspective shines a light on the Court’s inner workings, and helps audiences understand the impact of headline-making judicial cases on America’s future.

As a respected journalist, Totenberg’s reports are regularly featured on NPR's All Things Considered, Morning Edition, and Weekend Edition. She has won every major journalism award in broadcasting and holds the distinction of being the first radio journalist to have won the National Press Foundation’s “Broadcaster of the Year” award.