Skip to Main Content of Page
Back to top of page.

Why English at WCU?

WCU's English major prepares you to succeed in any profession that values the kind of cogent writing, critical thinking, creative problem-solving, and sophisticated research central to the discipline of English. Our graduates enjoy thriving careers in publishing, journalism, education, management, law, marketing, advertising, social media, human resources, and business. Many pursue advanced degrees in English, law, information & library science, and other fields. Our alums have also found success and acclaim as published authors.

We invite you to read the alumni testimonials below to learn what our graduates have to say about the value and versatility of their WCU English degrees.

We also encourage you to check out this video featuring recent WCU English majors discussing how they've used their degrees in their careers. 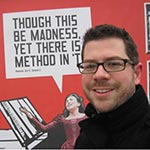 Tyler Bradway, Class of 2006
Assistant Professor of English, State University of New York, Cortland
Higher EducationWhat is the difference between a poem and a recipe? The answer has eluded me for nearly twelve years, ever since I began my English major at West Chester University. In my first semester, I took Dr. Carolyn Sorisio's "Conventions of Reading." On the first day, we read Emily Dickinson's "recipe" for black cake. Read More. 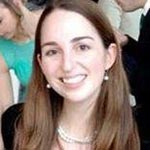 Kim (McGrath) Haemmerle, Class of 2008
Talent Acquisition/Research, eBay Enterprise
Market ResearchI always find it humorous when people ask, "What can you do with an English degree?" I think the question should really be "What can't you do with an English degree?" As an English major at WCU, I honed skills that enable me to write effectively, read critically, research strategically, and think analytically. Read More. 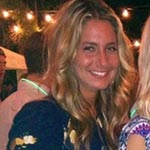 Jessica Ohnikian, Class of 2013
Global Education Sales Coordinator, John Wiley & Sons
PublishingI grew up with a mother in the medical field and an entrepreneur father in retail, so my choice to study English in college came as a surprise to my parents. But it was also completely understandable; I'd always been drawn to the creative side of life. Read More. 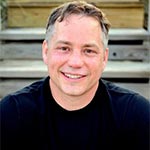 John Dixon, Class of 1998 (M.A.)
Fiction WriterI started writing stories during third grade. My kind teacher, Mrs. Wolfe, encouraged me, even though I wrote crazy stuff: several tales about a fire-breathing chicken monster; a thriller about a racecar driver who crashed into a wooded ravine, only to be set upon by moaning zombies; and a chiller about a hulking Frankenstein knock-off I called "Gill," because he could breathe underwater. Read More. 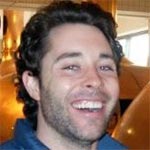 Chris Timmins, Class of 2005
Sales Account Executive, Salon Media Group
2006 Recipient, John Feely Hopkins Short Story Award
Marketing and AdvertisingWest Chester University is an English major's dream. From the challenging coursework and supportive faculty, to working at the annual poetry conference and building chapbooks at Aralia Press, I had every opportunity to dive into the written word. Read More. 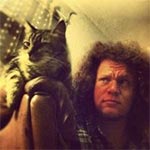 Matt Thomas, Class of 2004
Manager of Content & Social Strategy, The Neat Company
Marketing and AdvertisingI went to college to become an English teacher. Well-that's not true. I went to college to get a computer science degree, but I soon realized that I was really bad at calculus. Plus I never really had a clear idea what I'd do with a comp-sci degree anyhow. So I ended up earning a BSEd in English and teaching high school for a few years. Read More. 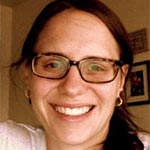 Vanessa Cozza, Ph.D., Class of 2003 (B.A.) and 2005 (M.A.)
Assistant Professor of English, Washington State University Tri-cities
Higher EducationI graduated from West Chester University in 2003 with my B.A. in Literature and in 2005 with my M.A. in Literary Studies, specializing in Rhetoric and Composition. My English education at WCU paved the way for me to gain valuable teaching experience and to later pursue an advanced degree. Read More. 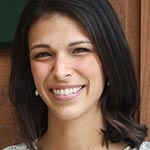 Amy Festa, Class of 2011
Marketing & Communications Coordinator, United States Tennis Association (USTA) Middle States
Marketing and AdvertisingWhen I chose to become an English major at West Chester University, I was often asked the question, "What are you going to do with that?" My answer was simple: "Whatever I want." I arrived at WCU with a passion for writing but no clear plan for the future. Read More. 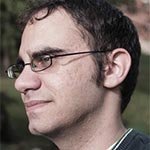 Brian Fanelli, Class of 2006
Poet (twice nominated for a Pushcart Prize); Instructor, Lackawanna College
Creative Writing and Higher EducationWhen anyone asks me why I became a poet, I fondly recall the poetry courses that I took during my junior and senior years at West Chester University. I can still remember sitting in a classroom in Main Hall, critiquing the work of my classmates and listening to the feedback they shared with me. Read More.

Additional Voices on the Value of English

Interested in reading more about the value of an English degree in today's professional world? Want to learn more about how studying English can help you lead a meaningful life? We've gathered several recent articles that speak powerfully to these issues: