“That’s What She Said”: Harmless Joke or Contributor to Rape Culture? 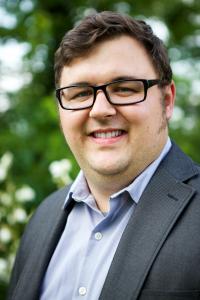 Commonplace suggestive jokes, such as “that’s what she said,” normalize and dismiss the horror of sexual misconduct experiences, experts suggest in a new essay published in Communication and Critical/Cultural Studies, a National Communication Association publication.

The recent wave of sexual assault and harassment allegations against prominent actors, politicians, media figures, and others highlights the need to condemn inappropriate and misogynistic behavior, and to provide support and encouragement to victims.

Communication scholars Matthew R. Meier of West Chester University of Pennsylvania and Christopher A. Medjesky of the University of Findlay argue that off-hand, common remarks such as the “that’s what she said” joke are deeply entrenched in modern society, and contribute to humorizing and legitimizing sexual misconduct.

The first notable “that’s what she said” joke occurred during a scene in the 1992 film Wayne’s World; however, it became a running joke in the hit television show The Office, leading to “dozens of internet memes, video compilations, and even fansites dedicated to cataloguing occurrences and creating new versions of the joke.” After analyzing multiple examples of the joke used in the show, the authors argue that the “that’s what she said” joke serves as an analog to the rhetoric of rape culture.

By discrediting and even silencing victims, this type of humor conditions audiences to ignore — and worse, to laugh at — inappropriate sexual behavior. “The link between rape humor and rape in culture may seem tenuous,” the authors write, but “treating rape jokes as merely jokes…diminish[es] their subjects and position audiences to reinterpret the subjects’ attributes more negatively.”

Further, the authors suggest that these types of comments contribute to dangerous societal and cultural norms. These seemingly innocent jokes ultimately reinforce the oppressive ideologies they represent, despite the intentions or naivete of the people making the jokes. Additionally, interpretive ambiguity surrounding sexist humor allows joke tellers to defend their behavior, and puts offended audiences on guard.

The authors argue that the “that’s what she said” joke cycle is part of a larger pattern of rape culture discourse that not only becomes culturally commonplace, but also reinforces dangerous ideologies that are so entrenched in contemporary life that we end up laughing at something that isn’t funny at all.